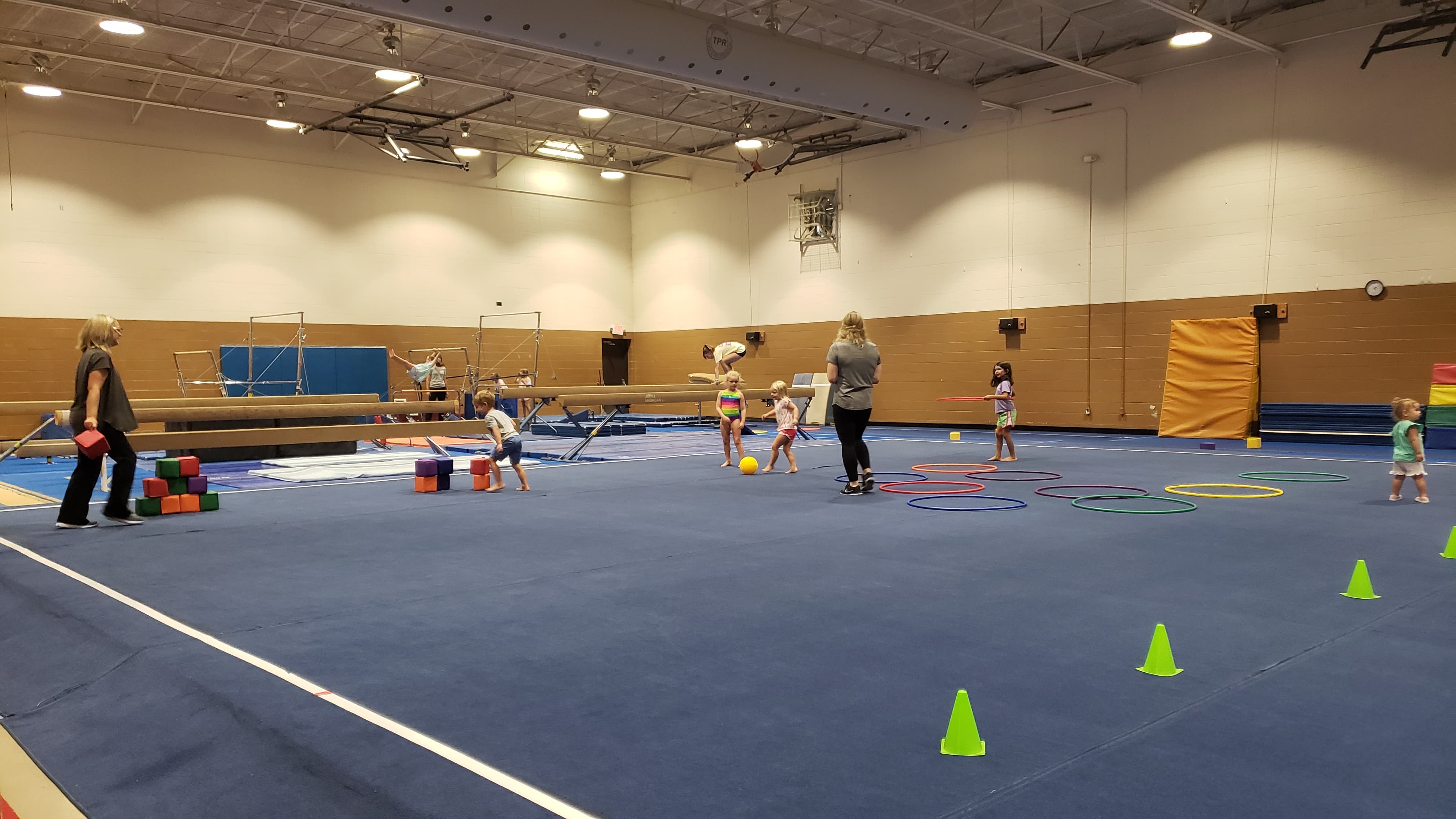 TRUSSVILLE — Nearly six weeks after announcing the hire of a new gymnastics coach, the city of Trussville’s Parks and Recreation hosted an open house for the Trussville Academy of Gymnastics (TAG).

Lauren Beers Stanton, the new coach, was on hand to meet and greet parents and children. Stanton was a two-time team captain on the University of Alabama gymnastics team, was a seven-time All-American and named to the SEC All-American team four times.

Stanton said she looks forward to welcoming gymnasts of all levels. 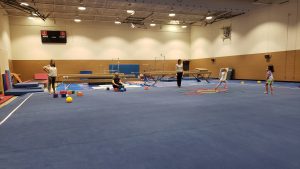 Five coaches will assist Stanton, including former University of Alabama gymnast Carley Sims. According to Coach Stanton, the coaches have experience in gymnastics and will undergo coaching training.

“We will make sure they work well with kids,” said Stanton. “We’re also going to require them to have a USAG (United States of America Gymnastics) Certification, which requires an additional background check.”

Coaches will also be required to be SafeSports certified.

TAG will offer classes for beginners, intermediate and advanced students. The coaches hope to eventually train for competitions.

“If we have some interest and if we’re prepared, we might do some later meets, but that wouldn’t be at least until November,” said Stanton. “We’re in no rush to do a competitive program.”

Parks and Recreation Director David Vinson said he has high hopes for the new coach and staff.

“Our goal is to have a first-class competitive team at some point,” said Vinson.

The city is still taking applications for assistant coaching positions. Experience in gymnastics is preferred.

The gymnastics director’s position came open when the city chose to end a contract with Ingrid Pfau. Pfau was given a 30-day notice and told her last day was June 30, 2019. 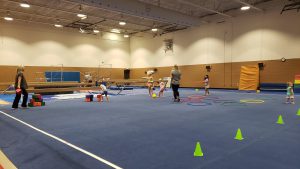 Several parents, whose children are at a competitive level, were upset after the termination of the contract because they said they were in the middle of the competition season.

Anna Fievet said her daughter, a competitive gymnast and All-Around 1st Place State Champion, was happy with the work Pfau offered. Fievet said the city replacing the coach mid-season is detrimental to the program.

“Our gym has produced many state champions and was well on its way to going much further,” said Fievet.

Fievet believes that bringing in a new coach can set back the girls both physically and emotionally.

“It’s kind of like the government coming in and saying, ‘Hey kids, we’ve got you a brand-new set of parents. Oh, don’t worry, you get to keep your bedroom!” said Fievet.

Another parent who supported Pfau, Eve Santiago, said her daughters have formed a bond with Pfau that has helped perfect their gymnastics skills.

“My girls have taken from this gym for the past five years,” Santiago said. “They trust their coaches and their competitions start in August. You have to have someone that knows the girls and knows their weaknesses.”

Santiago said one of her girls is on track for a college scholarship.

Several competitive gymnasts have decided to stay with Ingrid at her gym in East Lake.

The city of Trussville and the attorney representing Pfau released a joint statement on the matter:

After many meetings and discussions between Ingrid Pfau and the City of Trussville, both parties have agreed that it would be beneficial to part ways.

The City appreciates the excellent work that has been done by Ms. Pfau and her staff. Ms. Pfau appreciated having had the opportunity to serve the City of Trussville.

Coach Stanton said she welcomes any of the competition gymnasts back to the program in Trussville.

“The point of gymnastics is for kids to have fun and to enjoy it and we want the kids to be happy where they’re at and if they want to come here, hopefully, we can provide a safe learning experience for them,” Stanton said.

Vinson said he looks forward to the future of the Trussville Academy of Gymnastics program.

“I just want to have positive from here on out,” said Vinson. “I want our program to get back together and grow. We’re just moving ahead and moving on.”

TAG will practice inside the gym at 601 Parkway Drive, in Trussville.

Online registration will begin Aug. 5 and will run through Aug. 9, or until all classes are full.  New members joining for this first session will have their yearly registration fee waived. Participants must register before classes start, on Aug. 19, to receive this discount. You can find out more on registration, classes offered and pricing at https://trussville.org/trussvilleacademyofgymnastics/.