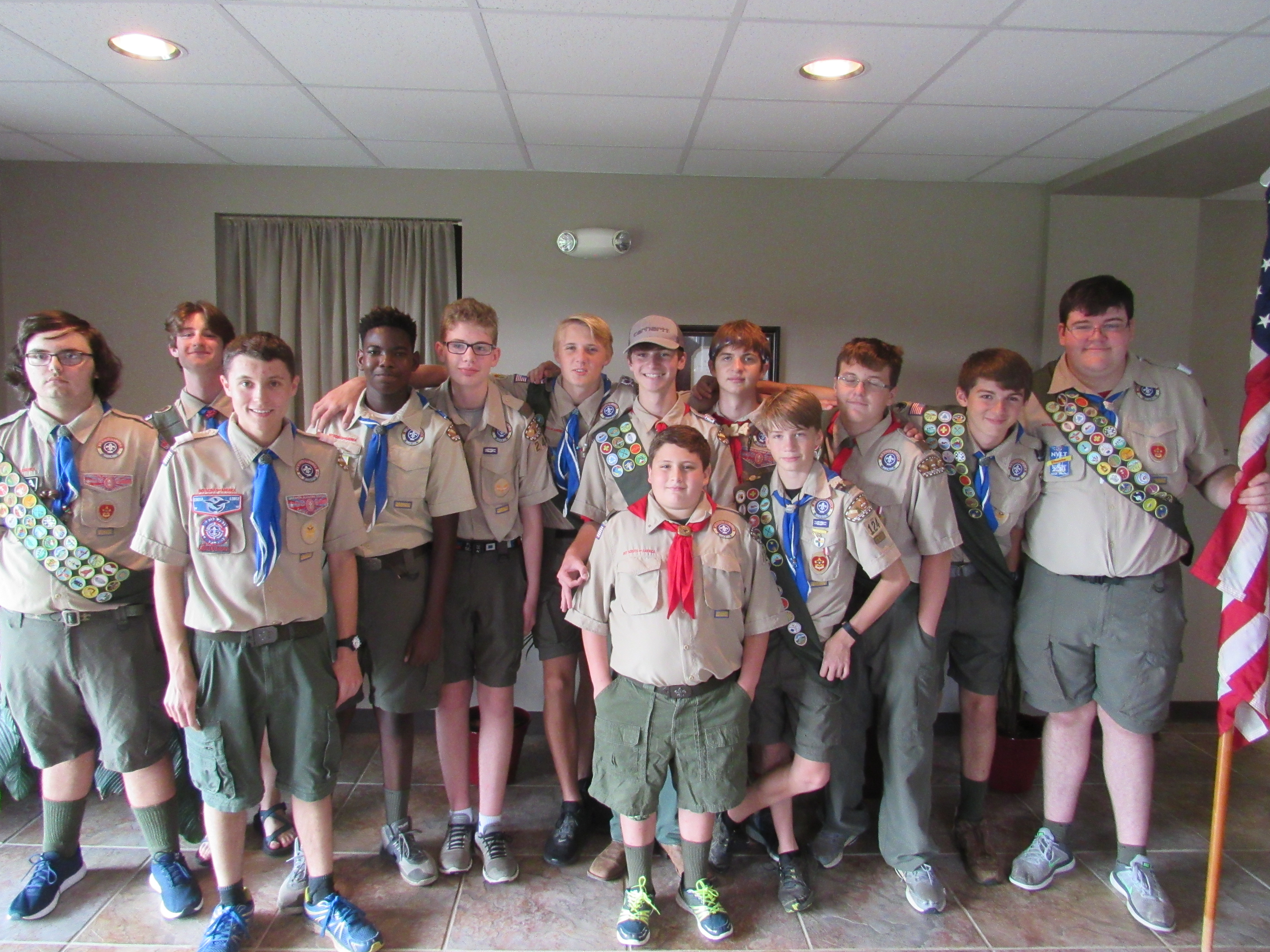 Posted By: Online Editoron: August 05, 2019In: Features, Lifestyle, Local News, Opinion, Outdoors
Print Email
By Mechell Malone
The most worth-while thing is to try to put happiness into the lives of others. – Baden Powell, Founder of Scouting
CLAY — On Aug. 3, 2019, Troop 124 celebrated its 50th Anniversary at their charter organization Faith United Methodist Church of Clay.  There were nearly 100 people in attendance to mark this milestone.  50 years of making a difference in the lives of youth.  Troop 124 originally was formed at St. John’s UMC in Roebuck and moved to Clay in 1999.
Scouts and leaders, past and present, filled the church to celebrate the Troop’s rich history. There were many tables filled with memorabilia. There was a slideshow presentation of outings including camping trips, summer camps, Eagle projects and service work.  Current scouts of Troop 124 opened the program with a flag ceremony and with the reciting of the Scout Oath and Law. Current Scoutmaster Jeremy Horton welcomed everyone to the celebration. Senior Patrol Leader Michael Cates spoke about the activities of the Troop and how active they are and what a difference scouting makes in his life.
Previous Scoutmaster John Morris, Bill Fuqua and Mike Maddox were also in attendance.  Families brought dishes to share and fellowship dinner followed the program. 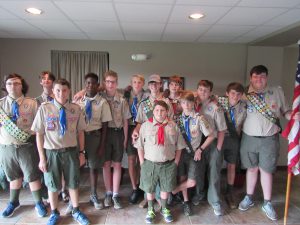 A huge highlight from the day was the surprise unveiling of the renaming of the Scout Hut to the “Winderweedle Scout Hut.”  Dan Winderweedle, an Eagle Scout himself,  was a scout leader from  2008-2013 with Cub Scout Pack 66, and 2010 until his death in 2018 with Troop 124.

Dan lost his battle with cancer, but his legacy lives on in the hearts of all the scouts that he influenced in such a positive way over the years. He has three grandsons that are Eagle Scouts.  His wife, Martha Winderweedle, was so moved that Dan was honored in this way.  There were happy tears of emotion by many that were touched by such amazing recognition.
Martha said that “Dan loved every minute he was involved with the scouts and was always so proud of each and every one of ‘his boys.’ I don’t really have the words to express my love and gratitude for my Scouting family. Thank you.”
If you know of a youth aged 11-20 that would benefit from scouting, you can check out Troop 124’s Facebook Page : Boy Scout Troop 124 of Clay, Alabama to find out more information.  The Troop meets Monday nights at 6:30 p.m.  at Faith United Methodist Church.
Share on Facebook Share
Tags: Boy ScoutsClayTroop 124
Share 0
Tweet
Share
Share