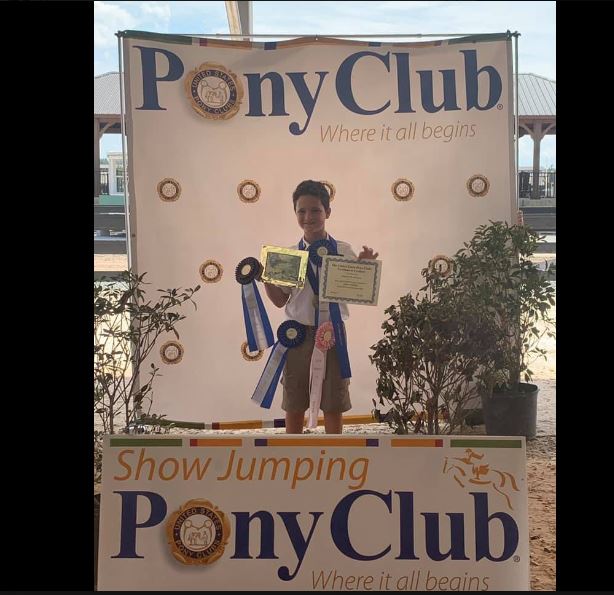 Thirteen-year-old Preston Healy, along with his horse Charlie, competed in the show jumping discipline where he performed exceptionally well against 155 competitors and came away from the event a huge winner.

For Healy, the triumph is a culmination of years of hard work. He first got interested in horses at a very young age.

“In second grade, when he was reading about horses and farm animals, he just kept insisting to read more,” said Healy’s mother, Ruwena. “He just started asking to be taken to a stable for horseback riding. One thing led to another. We just kept getting him more books … He wanted to learn about them. At first, we were really hesitant because we knew nothing about horses. Nobody in our family has any riding experience, and he found a girl at Paine Elementary who rode horses, and finally got in touch with one of her relatives … which took us to where she had a lesson and one thing led to another.” 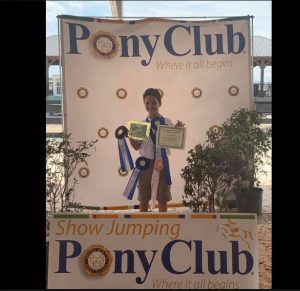 Achieving that level of excellence requires a combination of talent and determination. Healy puts a huge amount of effort into the sport.

“It is pretty focused,” said Ruwena Healy. “You have to have the passion and the desire to ride and a love of the horses, which Preston definitely does. Then (you need) consistent training. We drive him an hour to Harpersville for a lesson and back … During the school year he rides once a week, which is very minimal for people that horseback ride. In the summer he goes a lot more often.”

Never one to rest on his laurels, Healy is already focused on next year.

“He definitely wants to do it every year,” said Ruwena Healy. “He’s already got his calendar marked for next year. He plans on trying to get his horse up to the higher heights. He was jumping fences that were 2 feet 6 inches, and the next level up are fences that are up to 3 feet. So, he’s got to increase his ability to jump with the horse but also increase his horse’s ability. It is going to be a bit of a challenge in this next year to do that.”

Healy’s achievements from the Event: