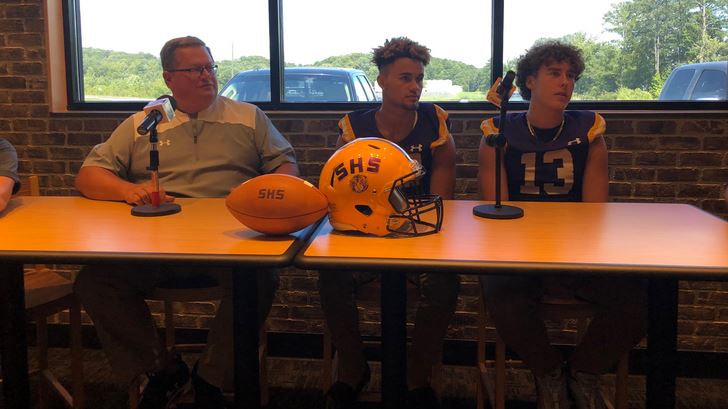 For Springville High School Head Coach Michael Graben, many of those life lessons can be distilled down to three important words. 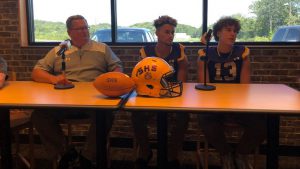 Of course, it is still a game and games should be fun. That is one of the reasons Springville will be hosting several special nights during the football season.

“We do a youth night,” said Graben. “We’ll have a 911 first responders and military appreciation night. Also, Homecoming and Senior Night.”

Speaking of seniors and players that have moved on, Springville lost a key player this year, but Graben is not going to let that stop the Tigers.

“Bradley Cole was our big running back,” said Graben. “We lost him. Defensively we lost a few seniors. They were all good players. But getting Braden Hughes back to lead our defense … Braden was the 5A Player of the Year in Baseball, and I think he is a better football player than in baseball. So, he’s our team leader and having him back is a big force. Pearson Baldwin, who was our lead tackler last year, he’s going to play quarterback this year. Jace Hayes had a good year, and he’s back as receiver. So those are some of our key players this year.

When asked about the style of offense, Graben did not hesitate to answer.

“Just trying to get our best players the ball,” said Graben. “In the gun, not really spread.”

This year starting quarterback will be Pearson Baldwin.

“The back up will be two 10th graders, Luke Richardson, and Johnnie Wolf,” said Graben “Both of them play safety, so they’re not getting a whole lot of reps right now at quarterback, we have a freshman named Asa Morrison who is getting some reps there, but if something happened I wouldn’t put a freshman there. So, Pearson is the starter, and Johnnie and Luke are going to be backups.

“At receiver, we’ve got a little depth out there,” said Graben. “Jace (Hayes), Gage Frederick, Landon Ho, and Drew Platts. Four or five guys that we think can catch the ball. Tight end is a big force, too. We’ve got a basketball kid named Ben Bianchii. He’s big … And he is a natural at tight end. I think before the end of the year people will be talking about him.”

Graben was also happy to talk a little bit about this year’s defense.

“(With) Defense we’re going to do about the same thing that we did last year,” said Graben. “Just like how the offensive line is the strength of our team, the defensive line is the strength of our team. Austin Shoop returns, he’ll be a three-year starter. He is a 600-pound squatter. Bryce Storie, Bradyn Kyser, both started last year, and they’re back. Braden Hughes anchoring our defense in the middle is huge. John Raby played defensive end and moved to linebacker this year. So, a lot of seniors there.”

Graben has an excellent philosophy when it comes to coaching. He takes it seriously. He wants these guys to achieve greatness. He also remembers what it was like to be a player himself and hopes to coach in a way that is as fun as it can be while achieving the goal of producing an outstanding team.

“You kind of coach like you were coached growing up,” said Graben. “(With) My coach growing up, it wasn’t all yelling and screaming … We can be tough and still make it fun, like being a father. I’m not going to put up with any wrong, but as long as (the thing the child is doing) isn’t doing wrong, we are going to have fun. (If a wrong is done) We address it and move on … I try to treat them like I treat my own kids or like how I wanted to be treated.”