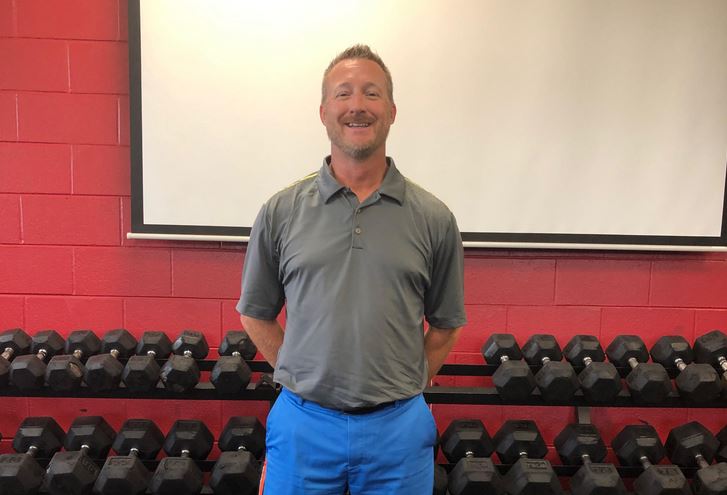 TRUSSVILLE — Hewitt-Trussville High School has a new defensive coordinator this year. Sean Talsma brings a massive amount of experience to the field, much of it from the 13 years he spent at Clay-Chalkville High School.

Talsma is ready to bring that skill, experience and spirit to his new position and is ecstatic about the Huskies.

Getting acclimated to a new program always presents a challenge. For Talsma, it was a challenge and an opportunity to bring something to the table and form relationships on and off the gridiron. 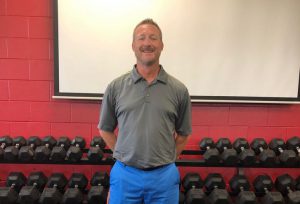 “It was different,” Talsma said. “Just because I’ve been used to what took place with Jerry as the head coach there at Clay and then Drew Gilmer for two years at Clay, as well. So, I was kind of used to the way they ran things. So, there was a little bit of a learning curve there for me you know with Josh (Floyd) here. The biggest thing is the kids. I always form great relationships with kids. The kids out at Clay, they still text me and talk to me. Coming out here and not knowing anyone, it was a totally fresh start for me. I didn’t know any of the players really … I really didn’t have any relationship with Josh until I started working here so it was just a clean start, new and everything has been really positive.”

Talsma believes in a defense that can adapt and overcome. A defense that is always ready to be what the situation demands and the talent can provide.

“We’ll be multiple,” Talsma said. “You go to do what your kids allow you to do you can’t go in saying you’re a 4-3 guy and if you don’t have enough defensive line-man it doesn’t make sense to force it … so, we’re going to be, multiple, and we’ll do some three-down some four down. A lot of it is going to be similar to what I’ve done in the past; that is what I’m comfortable with. I also talk to the other coaches on the defense and say, ‘Hey, what can you bring to the table to be a great defense?’ It is not just about me. It is the whole group together, all pulling in the same direction.”

As for the talent, Talsma has a lot of it to work with, and Talsma is ready to put them to work.

“There are several guys defensively that I think have stood out right from the start in spring,” said Talsma. “Or that have developed from spring into now. Everybody knows about Malachi Moore. Alabama commit, great defensive back. He is going to play safety and corner. We’re going to move him around a little bit. Eric Taylor, defensive lineman, he’s committed to LSU. Those are two guys everybody is going to hear about. The linebacking group we have, there’s not a lot of big names in that group, but they’re a bunch of guys that work extremely hard. They’re physical; they’re fast. Sam Jones will be in the middle for us and he’ll be a senior. Mike Edwards is another one that I expect to have a great year, he is a junior. And Mike’s a long lanky kid, I really like him. Trey Washington is a corner we have that has stood out. He has just gotten better and better … and then we have some young guys. Justice Finkley, who is a sophomore, is an explosive defensive lineman; great hands. With his work ethic and academics, there is no telling where he will go.”

Talsma knows that what these young men are learning today are the lessons that they will take with them for the rest of their lives. One of the most important lessons he can teach to them is the value of working hard and doing your best in every arena of your life.

“The one thing I try to instill in these guys is if you want something you have to earn it,” he said. “That is the way I grew up; nothing was ever given to me. If I wanted it, my parents provided for me, but if I wanted the extra things, I had to work for them … I try and instill that value in life … of working for and earning it because it means so much more. Go win and winning can be in all areas of life. I talk to them about winning in your marriage, being the best boyfriend you can be to your girlfriend, treat her right. I have a one-year-old son and I’m going to try and instill those values in him just like I would (with these) guys. They’re my kids, they’re just living in different homes.”

As the season approaches, Talsma sees good things waiting for the Hewitt-Trussville Huskies.

“I am very optimistic about it,” said Talsma. “Offensively we have a lot of talent, and everybody talks about Trussville and ‘they score a lot of points, they score a lot of points.’ My desire is to have them talk about our defense that way. ‘They give up zero points. They hit people; they’re physical, they’re fundamentally sound.’ What’s the ceiling on that or what’s is the expectation for win-loss? I don’t know. The ultimate goal is to win that blue map, but I want them to be the best teammate and players they can be for this team.”

Finally, Talsma is grateful for the comradery and friendship that he has been greeted with in his new home as defensive coordinator for the Hewitt-Trussville Huskies.

“I’m really thankful for the opportunity,” Talsma said. “Coach Floyd and his wife have opened their arms to my wife and me and our son. Just made us feel like this is home … there is a real sense of togetherness here, and that means a lot.”