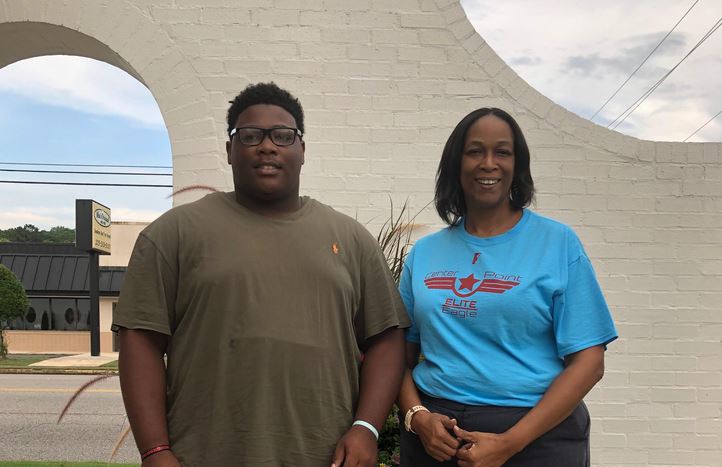 CENTER POINT — In addition to being a football player for Center Point High School, Javon Brooks is an all-around impressive young man.

Brooks has been playing varsity football since his freshman year. However, his love of the game goes back much farther than that.

“I’ve been playing football all my life,” said Brooks. “Pretty much since I was born.”

“I just like it all,” said Brooks. “I like being out there and playing with the guys. It is just fun.”

Brooks has a great attitude and positive outlook that have let him weather some serious storms over the last couple of years.

Brooks, who is a junior, had an injury his sophomore year that sidelined him for several games.

“My 10th-grade year,” said Brooks, “when I was going into the second quarter of a game, I got hurt; I got injured in my left knee. I tore my meniscus because a guy chopped me. I didn’t get to play the whole rest of the regular season. I did get to play the first and second round playoff games.”

Despite the injury, Brooks did not get discouraged. He still attended practices and pulled for his teammates.

“I went to practice every day even though I was hurt,” said Brooks. “I just went to watch them practice.”

Brooks’ positive spirit even made rehab a good time.

“To me it was fun,” said Brooks. “All we did was crazy things I’d never done before. I had to stand on my left leg, I had to catch a ball, I had to lift weights with the leg. It was just fun to me. It was good people there at rehab.”

Brooks had another difficult time earlier in the year when his father died. 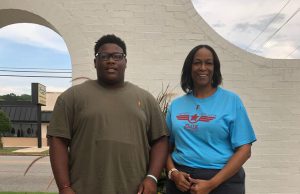 Brooks received some very good advice from Head Coach George Bates about how to move forward in the face of adversity. Brooks has put that advice to use on and off the football field.

Brooks is optimistic about Center Point’s chances this year.

He is always very fond of Bate’s coaching style.

“I like how Coach Bates coaches,” said Brooks. “I looked at some colleges and they practice the same way that we do. They practice in periods.”

Brooks’ biggest fan is his mother, Kristina Smith. She is extremely proud of the man her son is becoming.

“I am very proud of Javon,” said Smith. “He is very optimistic. He really never lets anything get him down. He is very motivated as far as football goes, he tries to be his best even though some of the challenges he had to go through and has to go through trials and tribulations.”

Smith also credits Bates with the success of the Center Point football program, as well as with being a great influence on her son.