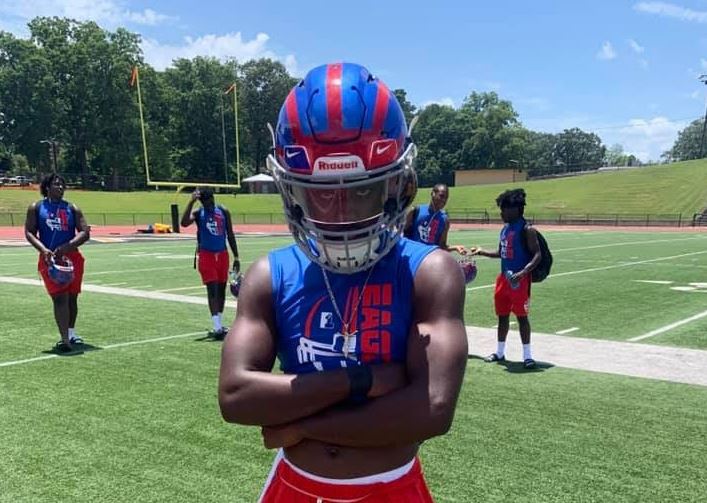 CENTER POINT – Expectations are running high for Center Point High School football this season. Coach George Bates has assembled a talented group of young men that are hungry for the win.

One of those young men is Jayson Jones. Jones is coming to Center Point after having been a student at Fultondale.

Jones is 17 years old. He is 5’10 and weighs 170. He is a fantastically versatile athlete that can play quarterback, running back and punt return.

For Jones, the love of football started early. 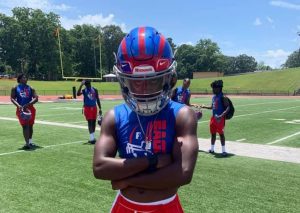 “I’ve been playing football since I was seven years old,” said Jones. “When I first started playing football, I didn’t really know what I was doing. (I got better) as I got older and (started) playing with a coach that saw what I could do …ever since then I’ve loved it.”

When asked what accounts for his impressive utility on the football field, Jones did not hesitate to answer.

Jones views his return to Center Point as a sort of homecoming. He has many friends there and many fond memories there.

“Before my ninth-grade year, I had gone to Fultondale,” said Jones. “But I’ve been knowing, except for my new coach, everyone at Center Point for a long while.

“I’m enjoying it (being at Center Point High),” said Jones. “It feels good to be back home. It brought out a good feeling to me. Everybody is on the same page that I am on.”

Another reason it is good to be at Center Point right now is that the high expectations for the team’s performance this season.

“Our chances are really high,” said Jones. “My job is to lead the team. Take it a day at the time and get better.”

Someone that Jones did not know before his return was Head Coach George Bates. However, the two quickly clicked, and their working relationship is outstanding.

“Coach Bates is pushing me harder because it is my last year,” said Jones. “I love what he is doing. We joke around and play, but at the same time, it is business. When we get down to the season, I am turned on.”

Jones credits his family as a support system that helps him achieve greatness. Whether in athletics or academics.

“I always have a good support system,” said Jones. “No matter what I’m doing: football, basketball, track, baseball, ACT. It don’t matter; my family has always got my back.”