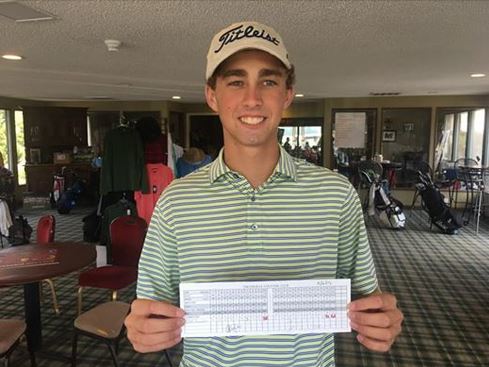 TRUSSVILLE – A new course record was set at the Trussville Country Club when a young golfer shot an incredible 61 Tuesday, Aug. 6, 2019.

The record was made by 16-year-old Cole Davidson, who is a rising junior at Hewitt-Trussville High School.

Chris Rigdon, PGA Pro Golfer with the Trussville Country Club, had some insights into this phenomenal achievement.

“This is a new course record by Cole Davidson,” said Rigdon. “He is a 16-year-old and is going to be a junior at Hewitt-Trussville High School.”

This achievement would have been amazing for almost any golfer of any age. Davidson’s performance that day was nothing short of spectacular.

“It is a huge achievement,” said Rigdon. “He had eight birdies, two eagles and one bogie.”

Rigdon believes that the record may eventually be broken, but thinks that if it is it will likely be done by Davidson. 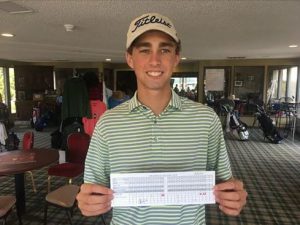 “You never know, he might break it,” said Rigdon. “You just never know, but that is a great score. People don’t shoot 61 everyday, that is a once in a lifetime dream for all of us golfers.”

Davidson has a natural talent for the game and a drive that will serve him well as he continues his high school career and moves on to college.

“He is already verbal committed to Auburn University,” said Rigdon. “So, he is very talented. He won the 6A high school last year, he was the 6A champion. This year he will be for Hewitt, which is of course 7A. He will be playing for us this year.”

No matter what the future holds for him, Davidson has already shown himself to be a true champion of the game.