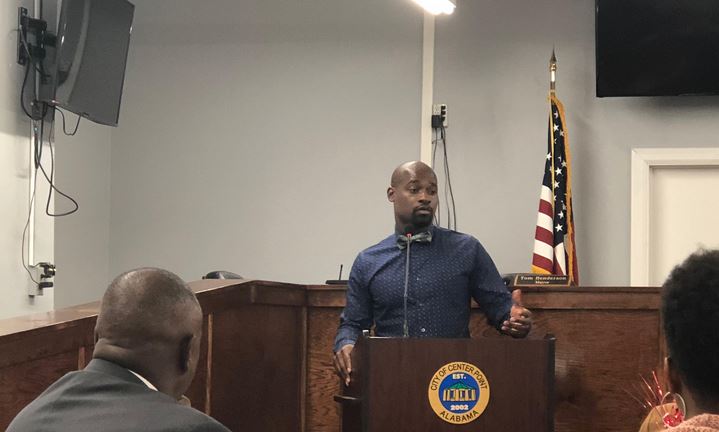 Head Coach George Bates ready to make history for all Erwin, all Center Point, all Eagles

CENTER POINT — George Bates is a man of many talents. He has a degree in special education from the University of West Alabama, where he played football as an All-American defensive back, he has a master’s degree in education, and he is the athletic director and the head football coach for Center Point High School.

Members of the Center Point Area Chamber of Commerce were fortunate enough to hear Bates speak to their body Tuesday, Aug. 13, 2019.

“This is the first time I’ve been privileged to be in a program that has its own city,” said Bates. “When you have your own city is just special because you are able to get out into the community and people have an investment in the program because it is the community’s team. One thing we always try to do and always continue to do is be out in the community.”

Although a coach of considerable skill education is a primary concern for Bates, it informs everything he does with the athletic programs at Center Point High School.

“I’m big on education, and that isn’t just lip service,” said Bates. “The administration has allowed us to contract out one of the best young ladies in the country to assist us in ACT prep.”

Bates also expects a serious amount of academic responsibility from his football players.

In his speech, Bates brought to mind the renaissance idea of the universal man. A man, or woman, that excells in both the physical and the mental.

“We believe in working the mental and the physical out,” said Bates. “We want to build up the total body, the wholistic approach.”

“Last year (was my first year at Center Point High School),” said Bates. “Coming into the season, they had only won three games in the previous four years. It was one of those jobs where everyone tells you, ‘it is rebuilding, you don’t have the kids, football is not serious over there anymore,’ but I don’t believe it. I don’t believe in the naysayers or things of that nature. We are all about doing what we do, and it is going to pay off.”

That attitude certainly has paid off for Center Point. 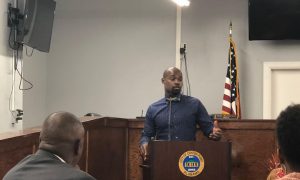 Bates discussed how the team must go beyond what has been achieved in the past. Bate’s goal for this season is to make it to the semi-finals.