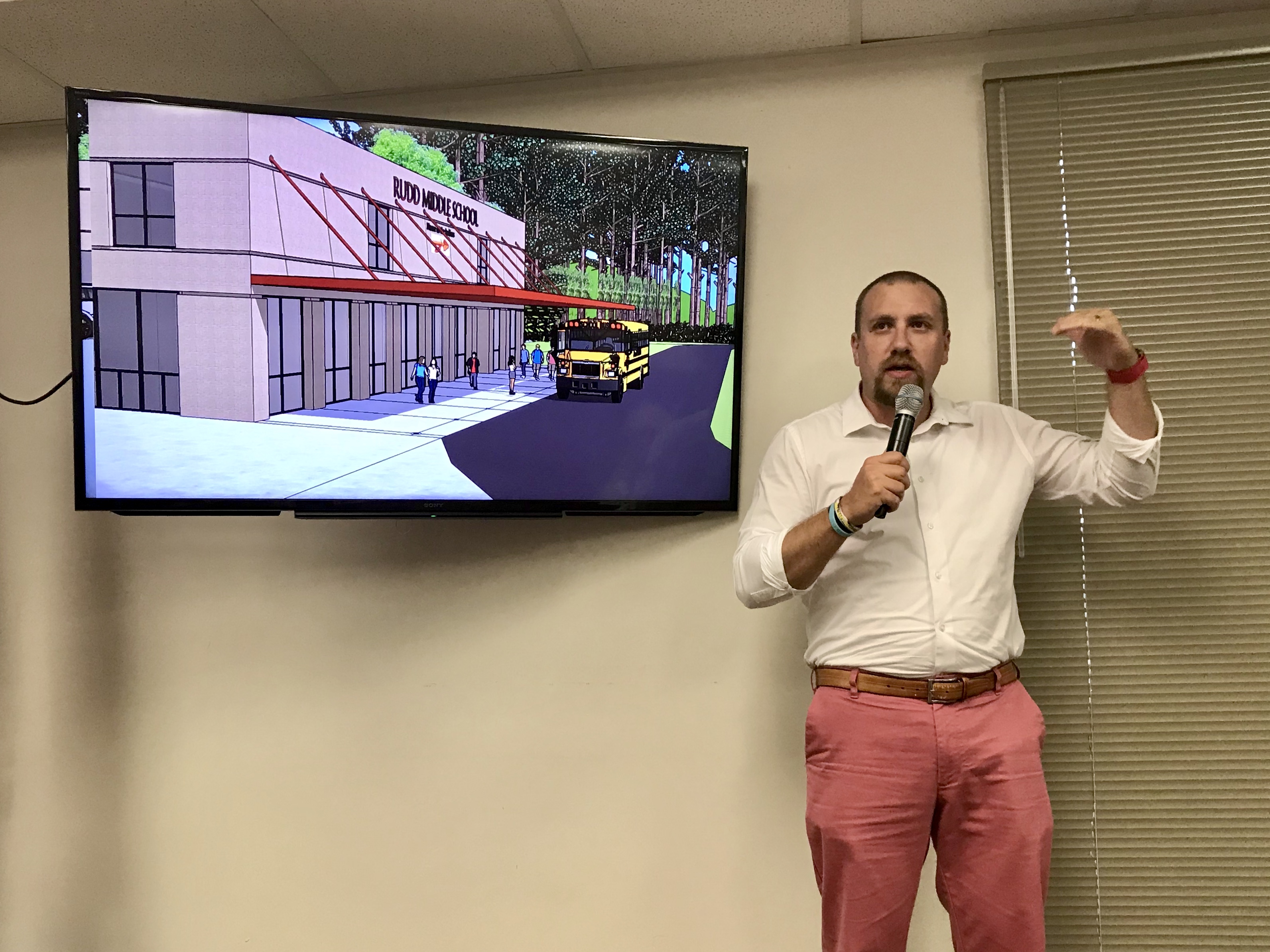 PINSON — Rudd Middle School just began the first phase of some major renovations and improvements and Principal Wesley Graham attended the regular Pinson City Council meeting Thursday, August 15, 2019, to tell them all about it.

Prior to Graham speaking, Mayor Hoyt Sanders spoke on the condition of the middle school and its long-time need of improvements.

“Rudd was inadequate and ill-designed in many places from its inception,” Sanders said. “… Nonetheless, the Board of Ed – after lamenting a little bit – I do give them credit for bringing in some architects and engineers that understand about hallway width and bathrooms, and so forth like that.”

Graham, who is starting his first year as principal of Rudd, coming from serving as assistant principal at Pinson Valley High School, said that the project in total will cost $12.2 million and take around 18 months to complete. The first two phases, which started about two weeks ago, are expected to be completed in about eight months. 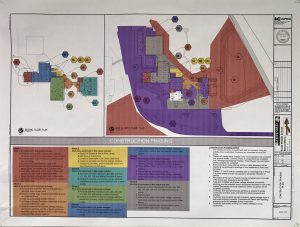 “It’s been a long time coming, and so it’s exciting,” Graham said. “This is a phasing … the pink-reddish area is Phase 1 and the orange is Phase 2. These two phases are kind of going hand-in-hand.”

As part of Phase 1, the school will be getting a new library, media center, nurses station and counseling suite. There will also be new restrooms added on the top floor, which Graham said were very much needed.

“Right here (on the top floor) is our seventh grade classrooms and there is no restroom nearby,” he said. “So that’s going to be a fabulous addition.”

Each floor will also have a new science lab and computer lab, totaling four new classrooms, which will be an addition built onto the back of the school.

Phase 2 includes a new elevator, upgrades to the lunchroom, changes to the stairs in the main entrance and adding a new stairwell in the main concourse of the school.

“As (the architects) have indicated to me, the first two phases, once they are finished, then we can kind of run through the other phases pretty quickly, which is the main aesthetics,” Graham said.

The other phases include new awnings, an all-glass front of the building, new sidewalks and a new bus lane. On the inside, the school will be completely gutted. The old floors will be taken up and become stained concrete throughout, and drop ceilings will be installed. The fluorescent lights in the school will also be replaced with LED lights, and classrooms will be renovated and painted.

“I explained it today to the staff, I said, ‘Do you remember when you got saved and Jesus just cleaned you all out? That’s kind of the deal,’” Graham said. “Like it’s the same shell of the person, it’s the same shell of the building. It’s just going to be completely changed on the inside. It’s a very exciting time. …It’s just a very positive environment at the school. People are glad to see things happening.”

In other city news, the city council unanimously passed Ordinance 2019-16, which authorized the rezoning of a piece of property owned by Pinson Church of Christ from Community Institutional to Residential Medium Density. The reason for the rezoning is that the church wants to subdivide the property so they can sell the pastorium lot. The rezoning was recommended to the council by the Planning Commission.

The council also unanimously approved a motion to accept the final proofs for four city plaques, with two changes. On the Pinson Public Library plaque, Tami Parker asked that her full name, Tamisha Parker, be on the plaque. On the Pinson City Hall plaque, the acquisition and renovation date will be changed from 2018 to 2008. The other plaques include one for Pinson Bicentennial Park and one for the First Pinson City Hall. 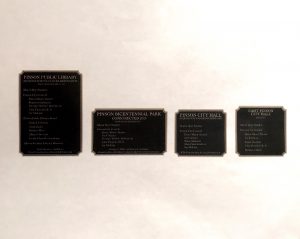 Under new business, the council unanimously passed Resolution 19-29, which authorizes the city to create a new bank account to accommodate the “New 10 cent gas tax,” which was enacted by the Alabama Legislature, and to state that the intended use for the new funds will be “the paving or constructing of industrial roads in the Highway 79 Corridor.”

The council then passed Resolution 19-30, which authorizes the city to appropriate $2,000 per month to the Jefferson County Board of Education for the “recruitment and retention of qualified athletic coaches/teachers at Pinson Valley High School.” Councilor Shannon Galamore, who works at the high school, abstained from the vote.

Next, the council passed a motion to purchase security camera upgrades and athletic equipment for Pinson Valley High School, totaling $7,539.35. The athletic equipment, which will not only benefit the high school, but Rudd Middle School, as well, includes a new chain set and LED Down Marker for the football field, benches for the visitors and home sides of the football field, and helmet decals for both Rudd and PVHS. Galamore also abstained from this vote.

Finally, the council unanimously approved Resolution 19-31, authorizing the mayor to purchase +/- 1.77 acres of property adjacent to Bradford Park for the amount of $15,000.

According to the resolution, “… the Pinson City Council previously resolved to lease the Bradford Park from Jefferson County, and … finds it in the best interest of the city to purchase adjacent property near the nature trail contained in the property …”