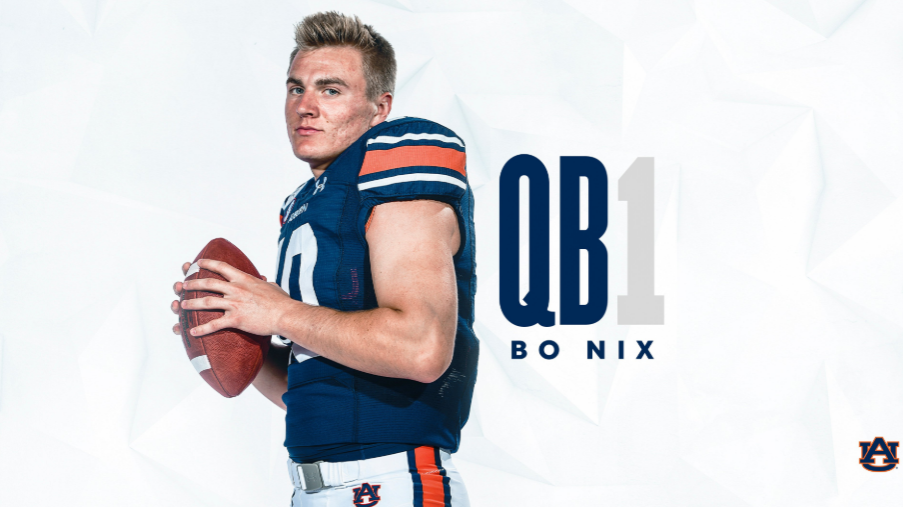 AUBURN — When the Auburn Tigers take the field to open the 2019 season versus the Oregon Ducks, Pinson Valley’s Bo Nix will be under center.

Nix had been in a tight race for the number one quarterback position with redshirt freshman Joey Gatewood before coach Gus Malzahn announced on Tuesday that the true freshman Nix would get the start.

Nix led the Pinson Valley Indians to back-to-back 6A state championships as a junior and senior.

His father and high school head coach, Patrick Nix, started at quarterback for Auburn in the 90s.

“Pinson is more proud of him than we could ever be,” said Cochran. “It’s a big deal. This is the first freshman quarterback to start in the first game at Auburn since 1946.”