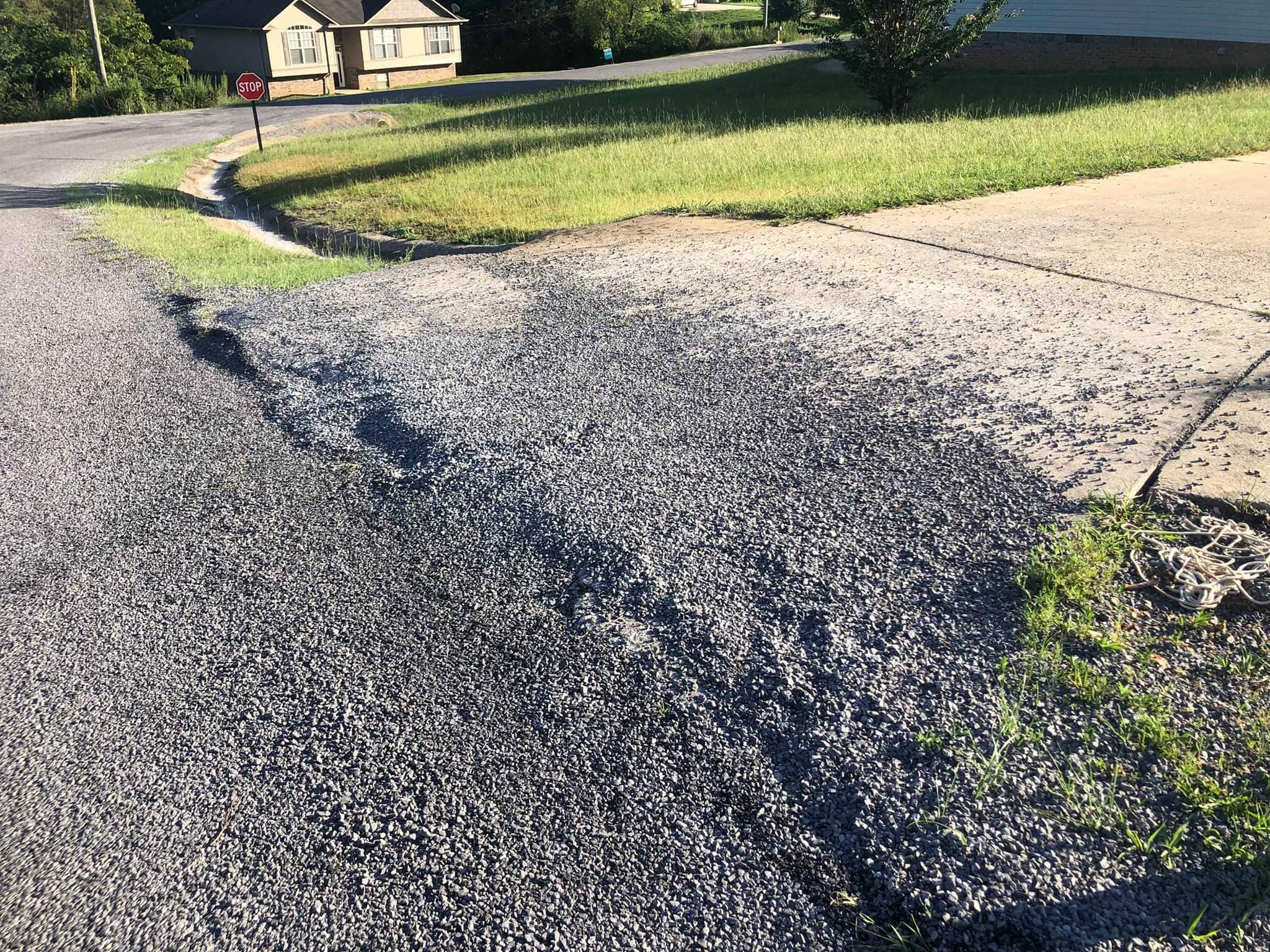 MARGARET — Residents in the Sunrise Estates subdivision in Margaret are unhappy after the city contracted St. Clair County to repair roadways throughout their neighborhood.

Sunrise Drive, Starlite Drive, Moonlite Drive, Skyview Lane and Sunset Circle were blemished with potholes, so the county was contracted to tar and gravel the roadways. The work was contracted to include clipping shoulders, patching holes, leveling and resurfacing the roadway. Mayor Isaac Howard said the roads were originally tar and gravel, but that after years of use, they had become smooth. 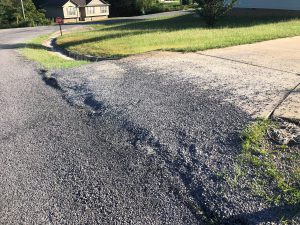 As part of the contract between the city and the county, the work performed was to be of “normal workmanship and quality as is standard for similar projects.” But people who drive on the roadways daily are not happy with the results. Some drivers said the gravel has made it difficult for cars to get up and down hills in their subdivision. Others said their cars have been damaged because of loose gravel.

Excess gravel covered parts of several driveways and fell into drainage ditches. This is a big concern for residents who said they have already had issues with drainage in their subdivision.

Margaret Mayor Isaac Howard III said he has been in communication with the county and is working to get the issues addressed.

“Tar and gravel’s kind of funny, the way it’s laid down,” said Howard. “Some of the potholes could have been filled in and they didn’t get filled in, but it’s tar and gravel.”

Howard said he would rather have asphalt pavement on the roadways, but that method is not something the city can afford. 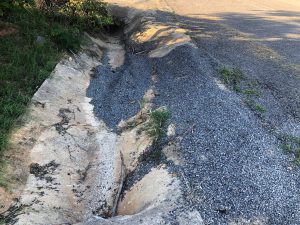 “The county is aware they did a terrible job and are refusing to fix it and the city is accepting that,” said Moore. “Never have I known business to be handled like that.”

One resident who recently moved to the area said she was told the roads would be fixed when she bought a home in the subdivision. Now, she said, she is considering moving.

St. Clair County Commissioner Ricky Parker said no more road work is planned for Sunrise Estates. He said the work is complete, but he said if the city contacts him about issues, he will address them. Parker also said the only way to get smooth roads is to get asphalt.

Mayor Howard said payment for the work will be discussed at the next city council meeting, which is Tuesday, Sept. 3 at 6 p.m.