LATEST NEWS
Home Opinion Kids talk about God: Why did John the Baptist say he was a voice crying in the wilderness? 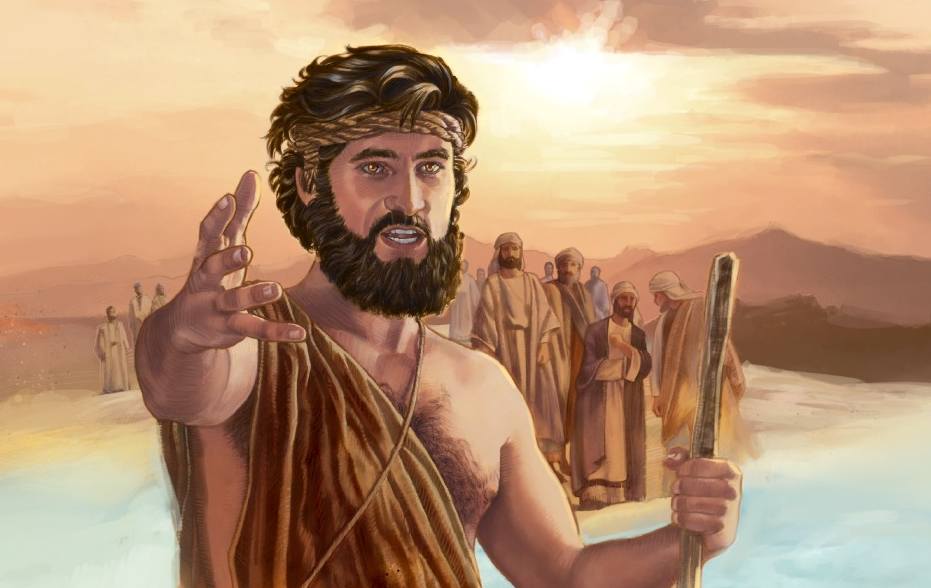 Kids talk about God: Why did John the Baptist say he was a voice crying in the wilderness?

Posted By: Online Editoron: August 22, 2019In: Opinion
Print Email
By Carey Kinsvolving and Friends
“John the Baptist said he was a crying voice because he was a Baptist,” says Kaylin, 11.

I wonder if Kaylin’s assertion should be considered for a vote at the national convention of the Southern Baptists.

“John did not want them to think he was Jesus,” said Morgan, 9. “Jesus was his cousin.”

When the religious leaders asked John, “Who are you?” he could have said, “I’m not the Messiah, but he’s my cousin.” John and Jesus were probably cousins. The Bible says John’s mother and Mary were relatives (Luke 1:36). John resisted the temptation to call attention to himself.

“John was trying to say to the Jews, I am just a person coming to tell about Jesus,” says Jessica, 8. “I am no one important. I cannot save you from your evil ways. Only Jesus can. I have been chosen by God to come and speak to you.”

Humility is what we can learn from John the Baptist. In a sermon, Pastor Jerry Hoffman made several interesting observations about the questioning of John the Baptist as it relates to us. Hardly a day goes by when we aren’t asked in one way or another, “Who are you?”

We often identify ourselves in terms of our job, profession or family relations. Not John. He gave all honor to the Lord Jesus. He knew the buzz from Jerusalem was that he might be the Messiah. “I am not the Christ,” he said.

Next, they wanted to know if John was Elijah. In the last two verses of the last book in the Old Testament, God promises to send Elijah “before the coming of the great and dreadful day of the Lord” (Malachi 4:5).

About John the Baptist, Jesus said, “And if you are willing to receive it, he is Elijah who is to come” (Matthew 11:14). In other words, John the Baptist came in the spirit of Elijah.

Through his prophetic message and miracles, God sent Elijah to turn the nation of Israel and its leaders back to the Lord. Similarly, God sent John the Baptist to announce the Messiah’s coming to Israel and the impending judgment if they failed to receive him.

By 70 A.D., Jerusalem lay in ruins. Although Jewish Apostles and converts started the early church in Jerusalem, they soon found themselves persecuted by their countrymen. Like John the Baptist, Jesus warned of coming judgment. As Jesus accurately predicted, the temple and Jerusalem were destroyed within a generation (Matthew 24).

To summarize John’s ministry, Hoffman writes: “Christ is the Word of God. We are simply the instruments (voices) through which the Word flows to the world. John the Baptist, more than any other individual who walked this earth since his time, had the right to heap accolades upon himself.

“He was related to the Lord, he was the fulfillment of Old Testament prophecy, and he had a band of disciples who followed his teaching. Yet, the cry of his heart and voice was ‘Make straight the way of the Lord.’ In other words, it’s not about me, the King is coming, prepare your hearts to receive Him. Remove all of the obstacles in your life that would prevent him from coming to you.”

Think about this: True ministry points others to Jesus Christ, not to us.

Memorize this truth: “I am the voice of one crying in the wilderness: ‘Make straight the way of the Lord’” (John 1:23).

Ask this question: Is your voice pointing people to Jesus Christ?