LATEST NEWS
Home Sports No. 16 Auburn’s Wanogho a standout lineman, not next LeBron 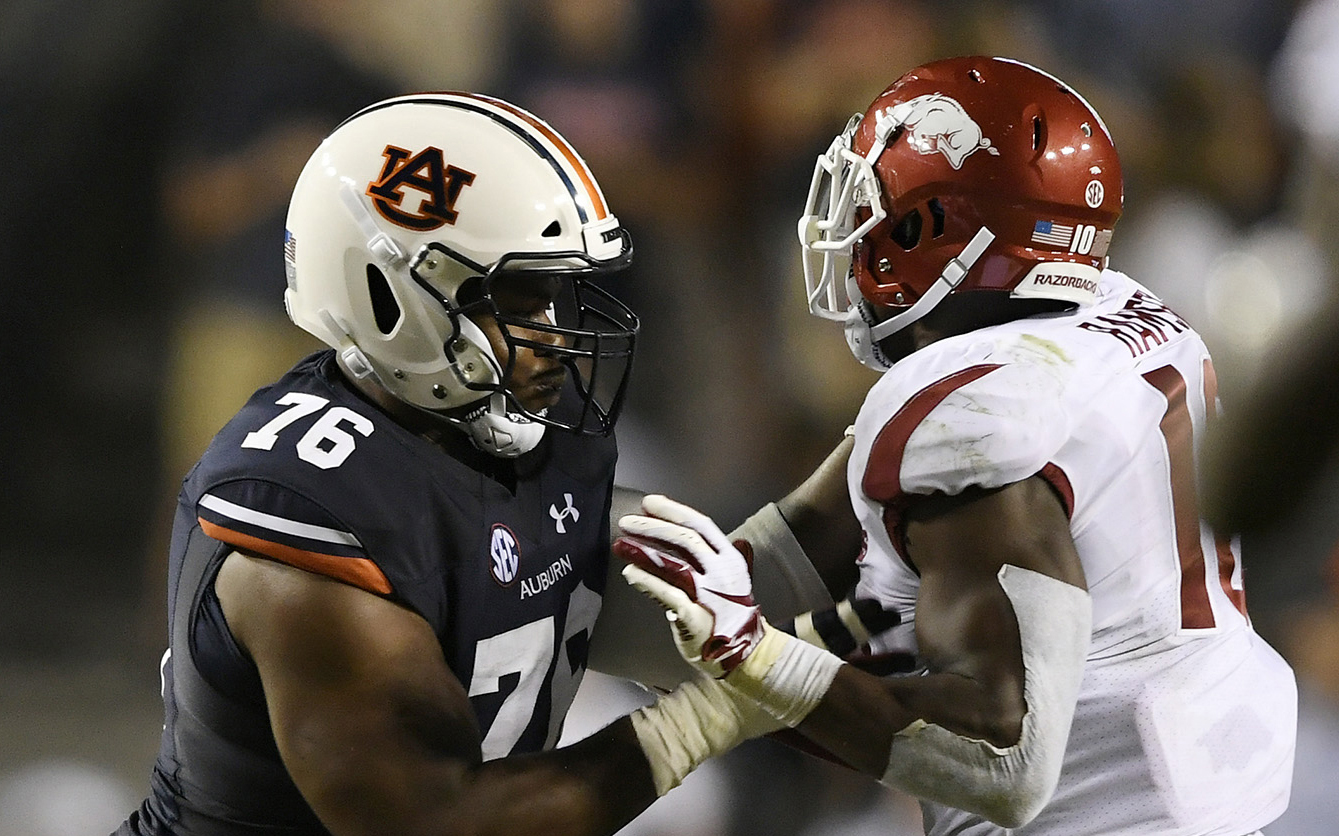 No. 16 Auburn’s Wanogho a standout lineman, not next LeBron

AUBURN, Ala. (AP) — Prince Tega Wanogho came to Alabama wanting to be the next LeBron James.

He became Auburn’s left tackle instead.

Wanogho now is the anchor of the 16th-ranked Tigers’ all-senior offensive line, some five years after he stepped on a football field for the first time.

A native of Delta State, Nigeria, Wanogho came to Alabama as a 16-year-old hoping to land a college scholarship — in basketball. He wound up at Edgewood Academy in suburban Montgomery after getting noticed at a basketball camp. Wanogho then obliged when an Edgewood coach suggested giving football a shot, but he didn’t know much about the sport that is king in the state.

He played defensive end at about 225 pounds and quickly started getting interest from football programs, enough so that a reporter asked him if Alabama coach Nick Saban had visited.

“I was like you can’t blame me because I came all the way from Nigeria and I’m here playing a new game. I don’t really know what goes on here. I didn’t even really know how big it was at that time. The whole time I was being recruited, I didn’t know how big that was.”

Wanogho, whose father died when he was 10, mostly knew about football from watching movies like “The Waterboy” and “The Longest Yard.” Then major colleges started calling, with Kentucky the first to offer him a scholarship.

“He didn’t understand the magnitude,” said Christy Taylor, who served as his guardian along with husband Todd. “He hung up and went upstairs to do his homework.”

Taylor, who Wanogho calls “Mama C,” said they got a bulletin board and started putting pins up designating schools that had offered. By the end, there were 28 pins from Division I programs. The process was accelerated when he reclassified into the 2015 recruiting class.

Now, 6-foot-7 and 305 pounds, Wanogho has packed on more than 60 pounds since arriving at Auburn as a defensive end. He redshirted in 2015 while recovering from a broken tibia and fibula sustained in basketball. Then coach Gus Malzahn asked if he wanted to move to the offensive line.

Offensive line coach JB Grimes is glad he did.

“I thought back in 2015 when we were recruiting that kid, that he’d be a heck of a left tackle,” Grimes said. “And sure enough, he is. And he’s come a long way. Does he have a ways to go? Oh yeah. He’s still got some learning to do but he’s come light years.

“He still thinks he ought to be a tight end, OK? But he knows for his future, that he’s right where he needs to be. I think he’s about to have a great year, I really do.”

The transition didn’t always go smoothly for Wanogho. He lost the starting job four games into the 2017 season and last year’s offense struggled at times, including on the line.

Now, instead of the NBA, Wanogho is eyeing an NFL career. He has gotten buzz as a potential early-round draft pick.

“I was a big basketball guy and the dream was always playing in the NBA someday,” he said. “I always tried to compare myself to LeBron James. I know I’m not, but I always tried to do that. My dream and my focus just switched after my injury from basketball and I started playing football.