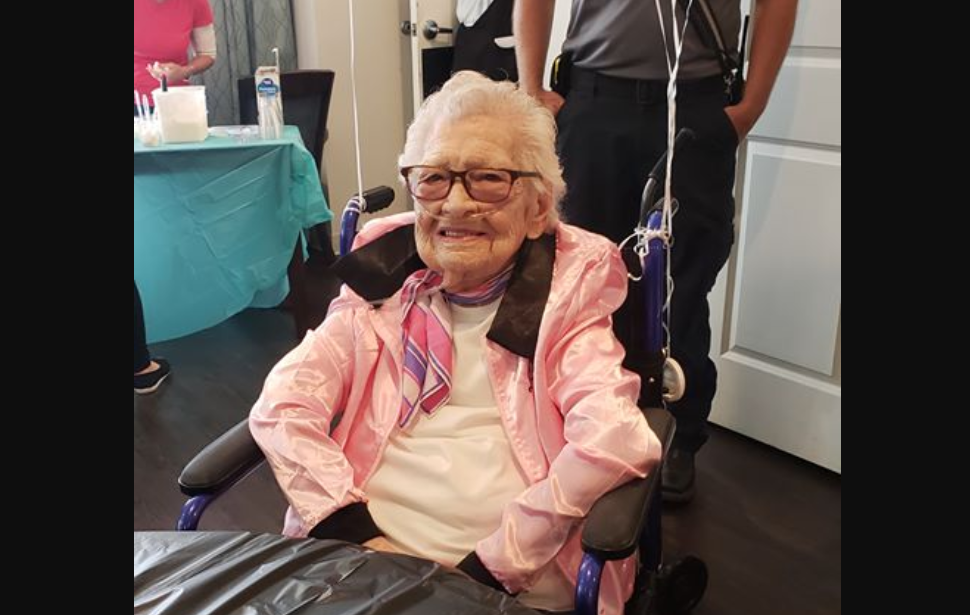 TRUSSVILLE — Mary Barnhouse Reid was born a coal miner’s daughter on Aug. 24, 1916, in Elk Ridge, West Virginia. This year, she is celebrating her 103rd birthday.

Mary Reid is no spring chicken, but she doesn’t sit still long. 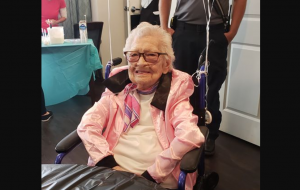 Here, is Peachtree Assisted Living, in Trussville. Mary Reid has made many friends and her family is always around.

“I’m making it pretty good,” said Reid, the day before she turned 103.

Reid’s family said she has always been full of energy. In her 70s, she painted her entire house, by herself. Into her late 90s, she was still going to work out with friends at the gym.

When asked what the secret to a long life is, Reid said it’s simple.

“Just don’t give up,” she said. “I have run everywhere and I go to places.”

Reid loves strawberry ice cream from Sonic and at her 50s-themed party, she enjoyed a root beer float. 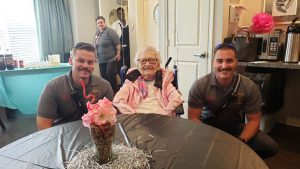 She entered her party with a “Pink Lady” jacket, a scarf and a big smile. Even Elvis showed up for the birthday girl. Trussville Fire and Rescue also came to Peachtree for Reid’s birthday party. Reid said she was thankful to have so many people in the community there to celebrate her.

Reid has seen a lot in her day and has experienced heartache. She lost her father to the mines when she was just 13-years-old. Later, she met her husband, Dewey Reid. The couple settled in Trussville in 1947. 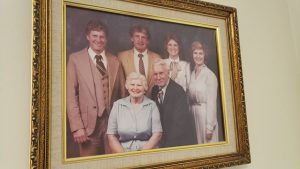 Mrs. Reid has four children, 10 grandchildren and 47 great and great-great-grandchildren.

Her children said growing up, Mrs. Reid always cooked large meals and made sure everyone was taken care of. Now, they are doing the same for her. 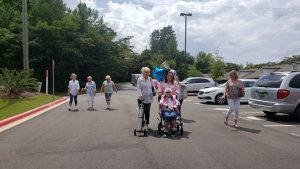