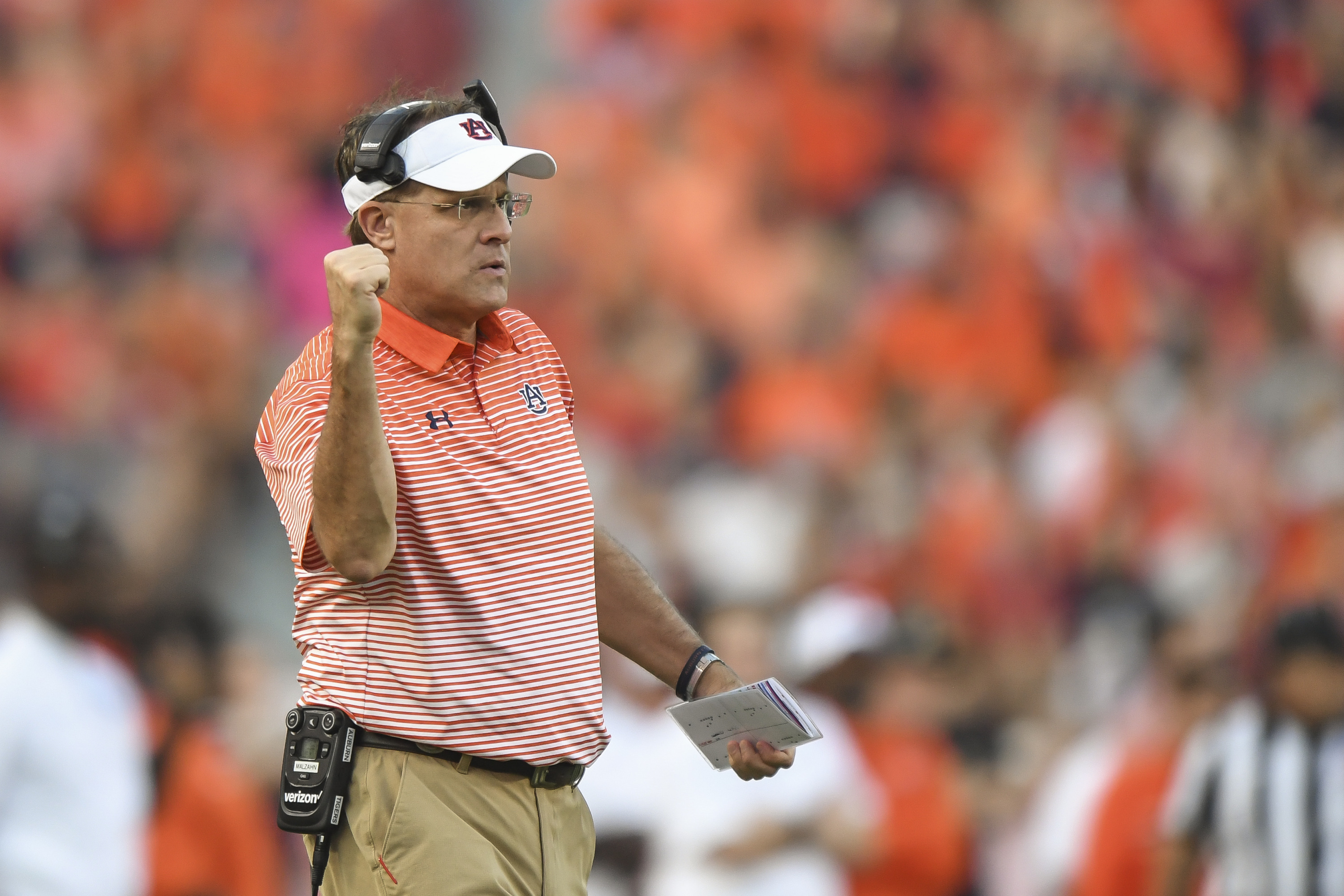 Auburn’s Malzahn took ‘refreshing’ look at his past offenses

AUBURN, Ala. (AP) — Gus Malzahn took a deep dive into his past during the offseason.

The Auburn coach watched film of his early offenses at Tulsa, two of which led the nation in total yards, and some of his most prolific teams with the Tigers. It was an encouraging refresher course.

“It’s been really good for me,” Malzahn said. “Sometimes you’ve just got to go back to your roots.”

Malzahn has reclaimed his role as No. 16 Auburn’s offensive playcaller after handing over the reins to then-offensive coordinator Chip Lindsey the past two seasons. Watching the Tulsa offenses from 2007 and 2008 and Auburn teams like those from 2010, 2013 and 2014 was “really refreshing.”

Malzahn’s roots are planted deeply in that hurry-up-no-huddle style offense he cultivated from his days coaching high school in Arkansas. He’s hoping to rediscover that success going into a season that starts Saturday against No. 11 Oregon in Arlington, Texas.

The switch puts him more firmly in control of not only the offense, but his own future. Last season’s team fell to 8-5 with an offense that ranked just 78th nationally in total yards per game, sparking questions about his job security despite a seven-year, $49 million contract with a mammoth buyout.

Even with a freshman quarterback, Bo Nix, and a brutal schedule, that makes this a potentially pivotal season for Malzahn. His initial return to calling plays was undeniably a success, a 63-14 Music City Bowl win over Purdue.

Malzahn opted to return to that role when Lindsey left for Kansas — before ultimately becoming Troy’s head coach.

“I could see it coming. He’s got an itch for it, he’s got a knack for it,” said Kodi Burns, Auburn’s co-offensive coordinator and wide receivers coach. “And it’s hard, when you’re passionate about something, to kind of sit back and allow other people to do it. There’s always going to be a little bit of he wants to do certain things.

“At the core of it, he’s back calling plays and now he’s in his comfort zone. He doesn’t have to second-guess the play caller or think about, was that the right call? He’s making the calls.”

Burns was a quarterback-turned-receiver during Malzahn’s tenure as Auburn’s offensive coordinator. He once threw a touchdown pass to quarterback Cam Newton during the 2010 national championship season when Malzahn dipped into his bag of tricks.

The Tigers coach opted to give up play calling duties after the 2016 season, trying to adopt a more CEO-like approach to leading the program. Auburn did knock off two No. 1 teams — rivals Georgia and Alabama — the following season before the drop-off in 2018.

“When you’ve done something all your life, or all your professional career, that’s your comfort zone,” Malzahn said. “And then you stop doing it, that was a little weird. It was a little bit different but you just try to do the best you can with that. But this is what I love to do. It comes natural and it’s a passion for me.”

Malzahn hired 28-year-old Memphis offensive coordinator Kenny Dillingham to replace Lindsey, but he’ll be the primary play caller. Dillingham says he has followed Malzahn’s offenses going back to the Auburn coach’s time at Arkansas, 13 years ago.

“He’s one of the most successful offensive coaches in this era,” Dillingham said. “When you think of offensive innovation, you think of Gus Malzahn. And anybody who tells you differently is living in a box.”

But Malzahn admits that the novelty of his offense faded in the seasons after he came to Auburn as coordinator in 2009. Other teams started turning up the offensive pace, too, and defenses began to adapt. That made it harder to flourish without some adapting of his own.

“In 2009, I don’t know if anybody else was playing fast in our league,” Malzahn said. “It was a big advantage. And of course the officials had to get used to it and all that. Then slowly as you kind of had success, whether it’s us doing it or somebody else, more people were going to do it. And now everybody in our league has some type of no-huddle pace so is that as big an advantage as it once was? No it’s not.

“I probably got a little stubborn there sometime around 2015 or’16. You’ve got to evolve and stay cutting edge, because nowadays other teams are doing really, really similar things, even the teams that used to complain about pace. Now, it’s a different day.”