LATEST NEWS
Home Opinion OPINION: We Must Stand With Israel 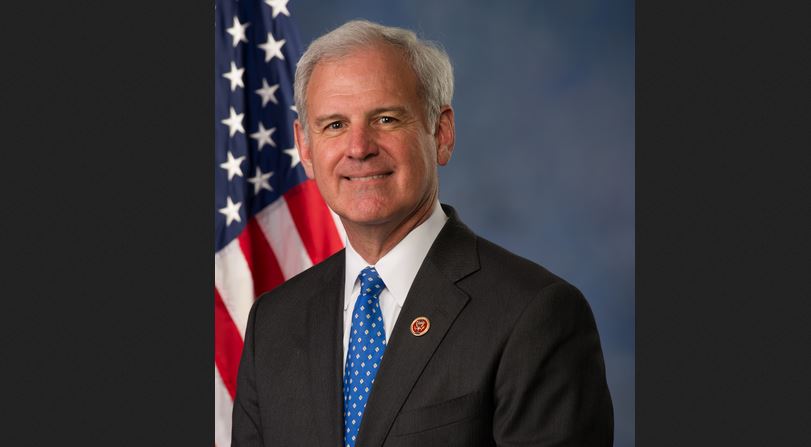 OPINION: We Must Stand With Israel

Israel means so much to our nation.  The American people have no better friend.  As the only democracy in the volatile Middle East, Israel is one of our greatest partners on the global stage.  And Israel, particularly Jerusalem, holds a close personal significance to many Americans of different faiths.

Israel is a very special place to my wife and me.  Four years ago, Rebecca and I traveled together to the Holy Land in a visit that affected us deeply.  On this transformational trip, we renewed our baptismal covenant in the River Jordan.  From the Golan Heights to the site of Solomon’s temple, our travels reinforced our Christian faith.

Last week, I once again visited Israel.  My visit coincided with a diplomatic dustup between Israel and two members of the Squad, Representatives Rashida Tlaib and Ilhan Omar.

The Squad’s hatred of Israel, support of the BDS movement, and denial of Israel’s right to exist weighed heavily on the minds of many Israelis who already live in danger.  With all Israel faces, I respect Israel’s decision to block Tlaib, Omar, and their anti-Israel activism out of the country.

The week brought many moments of poignancy that provided important perspective.  As part of our tour of the Old City of Jerusalem, we visited the Western Wall, which offered a meaningful opportunity for me to pray for our nation and state.  This was a very special moment for me.

Looking down upon the City of David from the Temple Mount, one of the holiest spots in the world, it is difficult not to be overwhelmed.  Being near the location where Abraham almost sacrificed his son Isaac and walking the Southern Steps, where so many biblical figures traveled, was equally moving.  And it was thrilling to see the Bethesda pool from the fifth chapter of the Gospel of John.  Perhaps the highlight of the week occurred at the Mount of Olives and Gethsemane.  Praying at the site where Jesus prayed to his father before being crucified was a truly amazing experience.

We met with several American and Israeli officials, including the U.S. Ambassador to Israel, David Friedman, who provided unique insights on Israel’s challenges.  Ambassador Friedman is a true champion of the U.S.-Israeli relationship

A highlight of the week was meeting with Israeli Prime Minister Benjamin Netanyahu.  The opportunity to reinforce in person our two nations’ commitment to one another was of critical importance.  He is a great friend of the United States.

Speaking with Israeli military officials about Israel’s missile defense programs like Iron Dome, Arrow and David’s Sling made it clear that Israel is in a tough neighborhood.  Adversaries like Iran would wipe them out if the chance arose.  Israel’s high-tech defense programs are impressive, and I’m proud of U.S. support for these programs.

Without question, President Trump’s steps to strengthen our alliance with Israel, including the bipartisan action of relocating the American embassy to its rightful location in Jerusalem, are beneficial and long overdue.  Both parties should support actions to strengthen this alliance.  I wish all my colleagues would visit Israel and talk directly with Israelis about the challenges they face.  Israel is special place, and we must stand firm in our alliance with its people.

Israel remains a crucial American ally in a dangerous world.  Though anti-Israel sentiments are only held by a minority of Americans, I am increasingly concerned they seem to be finding a sympathetic mouthpiece from the mainstream media.  Anti-Semitism and hatred of Israel cannot be tolerated or go unchallenged.  I promise to continue proudly standing with Israel.