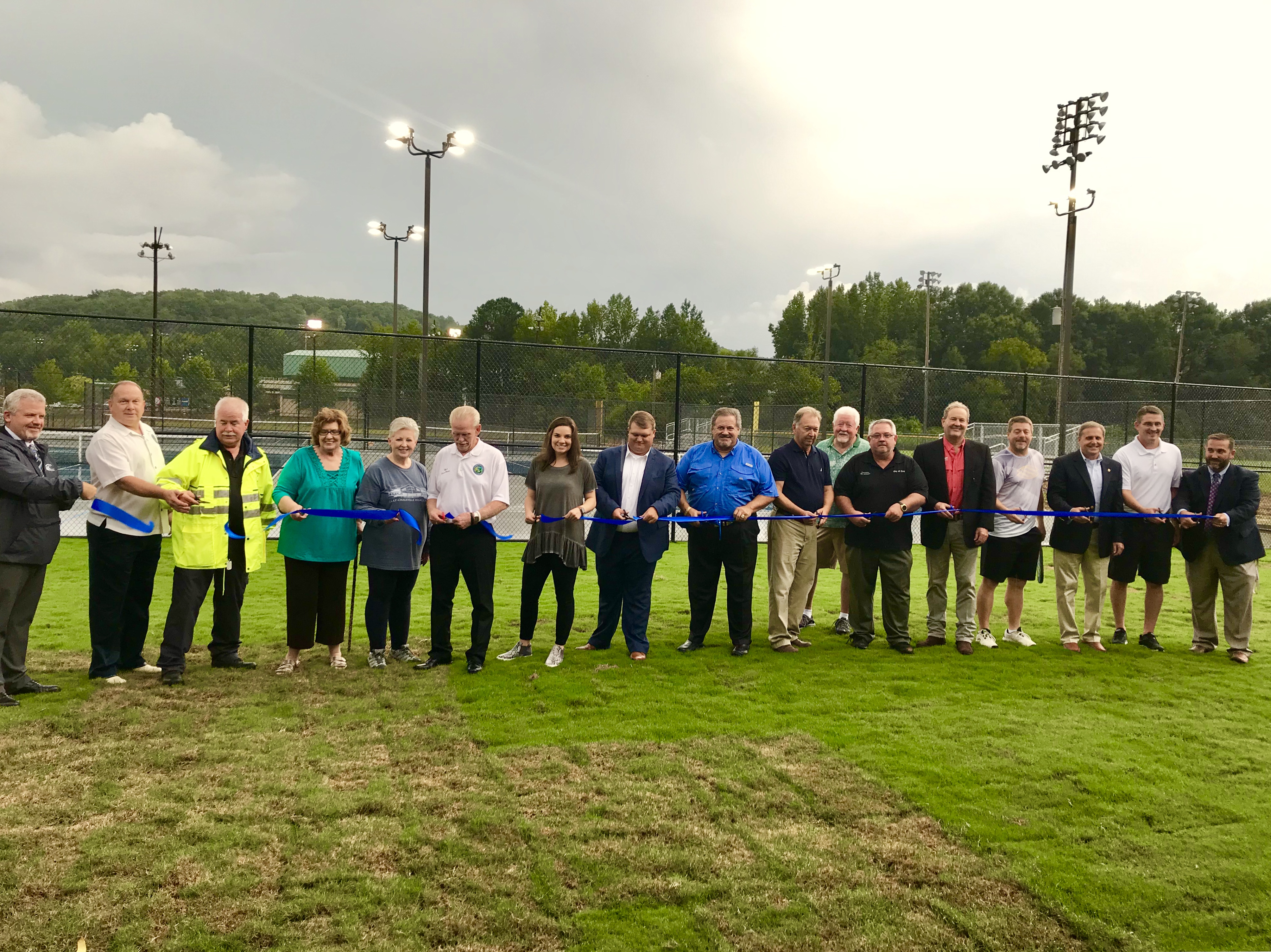 CLAY — Four new tennis courts and four pickleball courts beside Clay Elementary School are officially open to the public, after the city of Clay held a ribbon cutting on Tuesday, Aug. 27, 2019. The lighted courts were constructed in nine weeks, and each of the tennis courts will have a button where players can turn on the lights for an hour at a time. 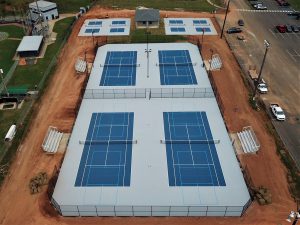 “First, I wanted to thank some guys that have helped with this: (Senator) Shay Shelnutt and (Representative) Danny (Garrett), they’ve been great to help us out,” Mayor Charles Webster said. “Jefferson County. I’m excited about this, I know City Council has really been behind this all the way. Thanks to Milam and Company for the great job they did; got it in here on time and got it ready to go.

“It’s open to the community. Come out here and play anytime. They’ll have some pickleball tournaments, so they’ll have a great time.”

City Manager Ronnie Dixon said that while the courts will be open to the community when they are not being used by the schools, this will also be the home court for Clay-Chalkville tennis, and eventually pickleball, so the courts will be closed to the public when the school teams have matches and tournaments. 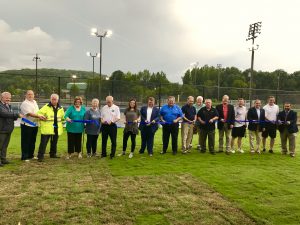 After the ribbon cutting, the mayor and council members headed back to Clay City Hall to conduct their regular meeting of the Clay City Council.

During the meeting, the council passed Resolution 2019-14, authorizing the abatement of weeds at 5209 Baggett Drive. This was old business from the Aug. 13, 2019, meeting, where the issue of this property was tabled until the council could confirm the correct address.

“This is part of the new gas tax bill that was passed that goes into affect Sunday,” Dixon said. “Part of the bill indicated that every municipality – and then talking to (Rep.) Danny Garrett, he said the intention of this was to make ALDOT more transparent and to be held more accountable for their paving issues, but they applied it to all municipalities, as well. So we have to pass what’s called a transportation plan.”

The city of Clay’s transportation plan lists every street in Clay that the city is responsible for, and states that the portion of the new tax that the city will receive will go into a separate fund designated for the upkeep, maintenance and repaving of those streets.