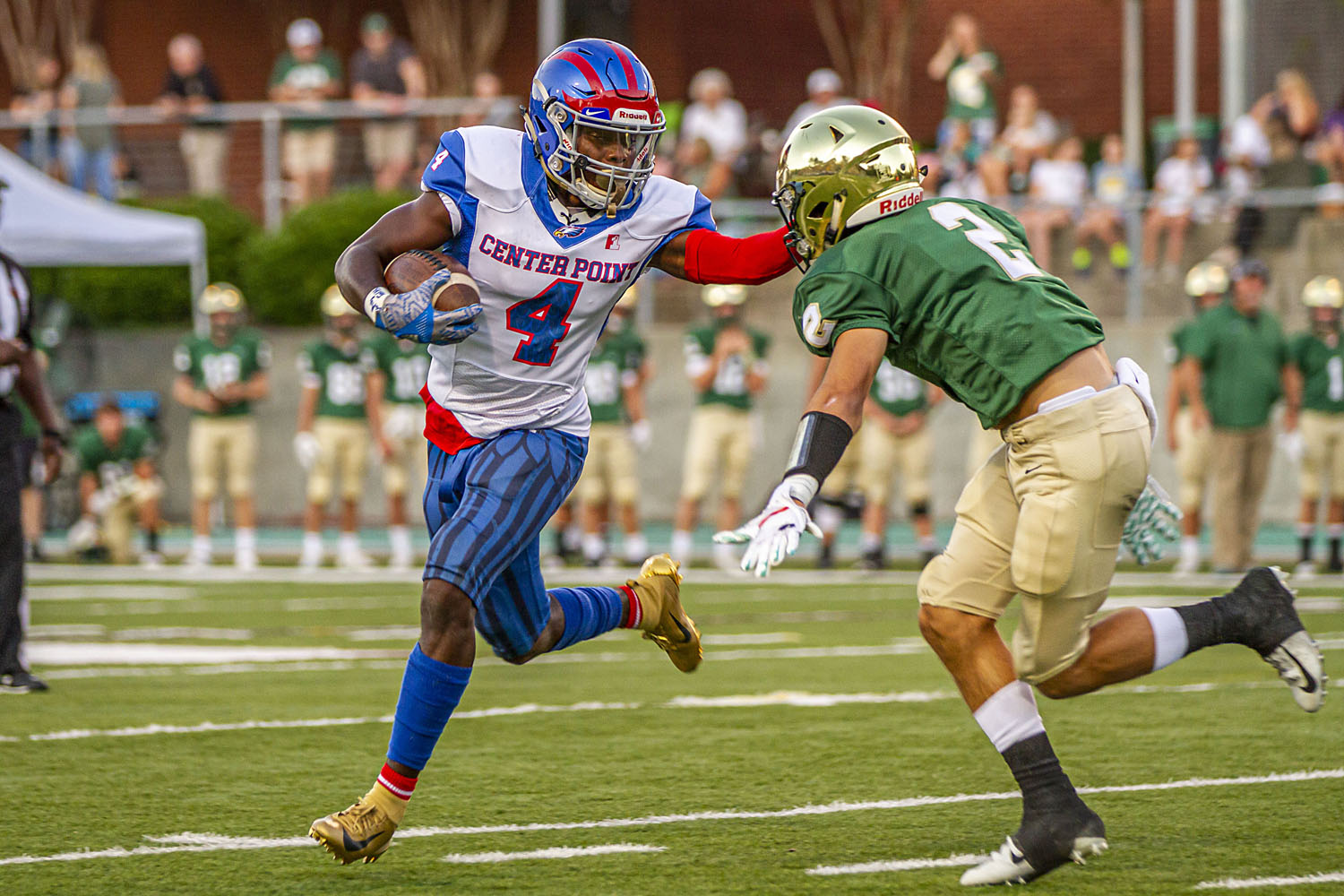 Turnovers spell doom for Center Point as it falls to Mountain Brook, 24-6

With the loss, Center Point falls to 1-1 on the season. The Eagles are now 10-19-1 all-time against the Spartans. Despite the defeat, this season’s performance was leaps and bounds better than last season’s 43-0 silencing at the hands of Mountain Brook. Against a team as talented as the Spartans, any small improvement is a cause for celebration.

“Our goal this week was growth,” Center Point head coach George Bates said. “We told our kids that we wanted to see growth from last year to this year, from last week to this week. I’ll be honest with you, there were three plays this week that got us … I really wish that we didn’t have those miscues.” 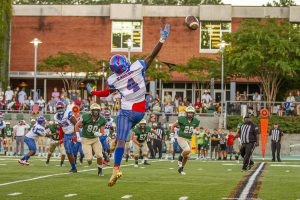 Center Point had little to celebrate early in this one as the Eagles tallied up a plethora of stalled drives. A promising opening drive to the game stalled on Mountain Brook’s 27-yard line, which became the closest that the Eagles got to the Spartan’s end zone before they entered the redzone for the first time late in the third quarter. By then, Mountain Brook led 21-0 with no intention of allowing Center Point to mount a rally.

“That’s what Mountain Brook does to you,” Bates said. “They make you snap it again, snap it again and eventually you feel like you’re going to make a mistake. And, we actually did that. That’s the thing that we’re trying to overcome.”

When the Eagles did attempt to air it out the result proved ill-fated as quarterback Jayson Jones contributed to the second of three turnovers with an interception midway through the second quarter. The interception was subsequently returned for a 40-yard pick six. Down 14-0, the Eagles were able to mount a promising response, but yet again, the drive sputtered out. This time, within Mountain Brook’s 30-yard line late in the first half.

Any hope of a Center Point counter ended minutes into the second half when the Spartans connected on a 30-yard touchdown pass to go up 21-0. Though, Center Point found a sliver of hope when Jones hit receiver Roderick Orr for a 17-yard touchdown pass with 3:43 left in the third quarter to narrow the lead to 21-6. The two-point conversion failed, which seemed inevitable with how the night was unveiling itself to the Eagles. 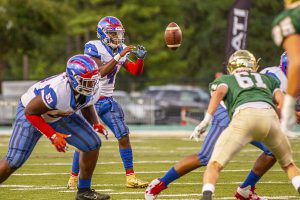 The third Center Point turnover followed shortly thereafter. This time it was a fumble late in the third quarter following a huge stop by the Eagles’ defense. A touchdown and two-point conversion would have made it a one touchdown game. Instead, Mountain Brook regained possession at midfield.

The Spartans were then content to bleed the clock as the game rolled into the fourth quarter. After driving the ball to within Center Point’s 5-yard line, the Spartans kicked a field goal despite being on the 1-yard line on fourth down.

As they say, coaches learn more from when their team loses than when their teams wins. Such is the case for Center Point as it travels back north to lick its wounds and figure out a solution before next week rolls around.

“They have a great bunch,” Bates said of Mountain Brook. “But I told (Mountain Brook) that this is the last time I ever play them. I’m done.”

He was joking, of course.