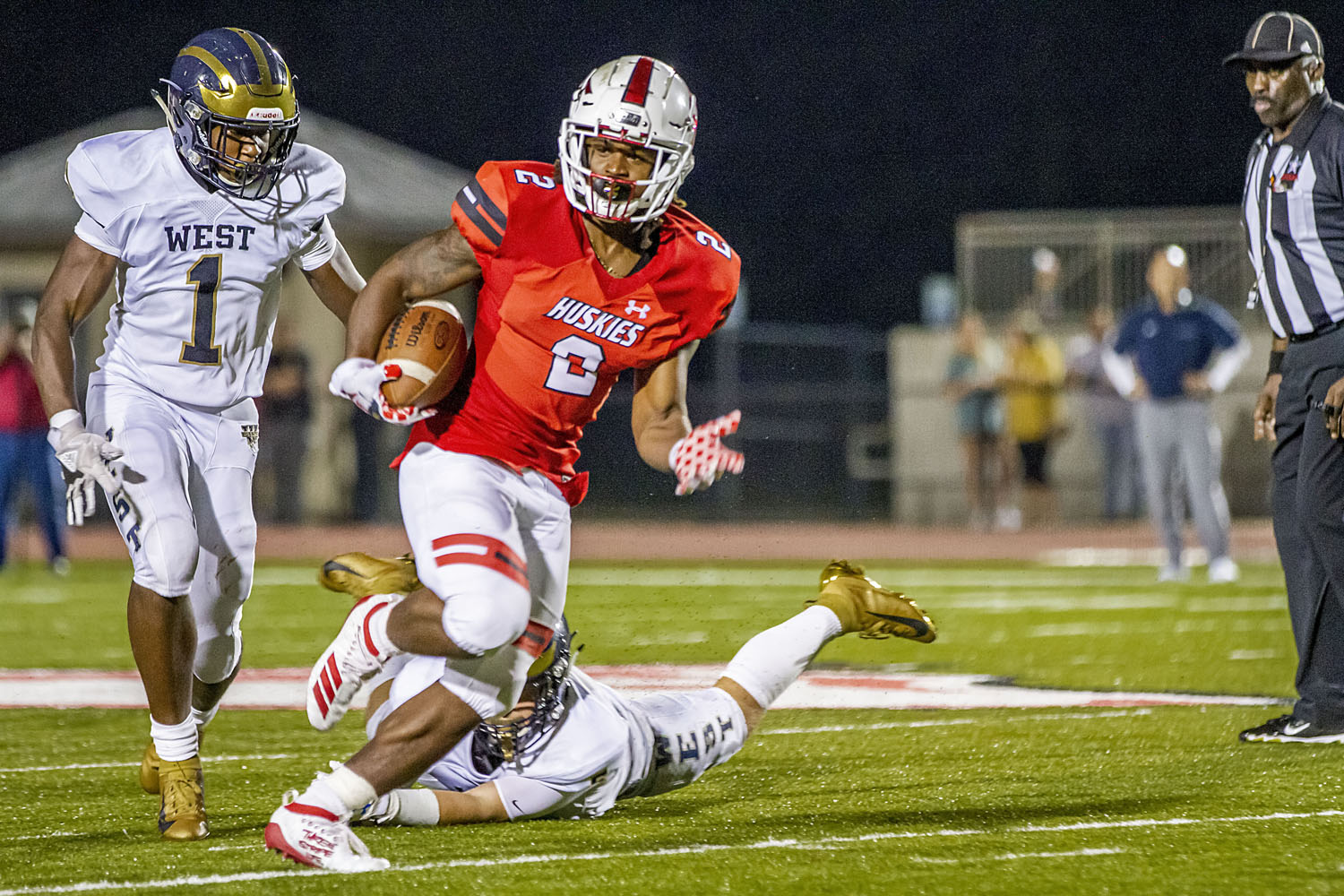 TRUSSVILLE — Hewitt-Trussville erased an early 13-0 deficit on Friday, Aug. 30, against the visiting West Forsyth (Ga.) Wolverines before riding the legs of Armoni Goodwin and the arm of back-up quarterback Cade Ott Carruto to a 47-19 victory.

The win sends the Huskies to 2-0 on the season.

Goodwin recorded 112 rushing yards with three touchdowns. He has seven touchdowns in just two games. He scored on touchdown runs of 15, 1 and 48 yards.

Carruth, in for the injured Seth Shelnutt, went 15-of-25 for 185 yards with three touchdowns. Carruth had two touchdown passes of 8 and 9 yards to Dazalin Worsham and one touchdown pass of 32 yards to Jamyre Reese. Carruth is the nephew of former Alabama running back Paul Ott Carruth.

Shlenutt missed the game with a lower leg injury, but could possibly return next week as the Huskies open region play at Oak Mountain.

Down 13-0 in the second quarter, the Huskies responded with consecutive touchdowns. Fullback Sean Jackson knotted the game at 13-all after a 1-yard touchdown run that was set up by his 57-yard burst. Jackson rushed for 100 yards and caught four passes for 46 yards on the night.