LATEST NEWS
Home Sports Springville grinds out victory over Ashville, 10-7, to move to 2-0 on the season 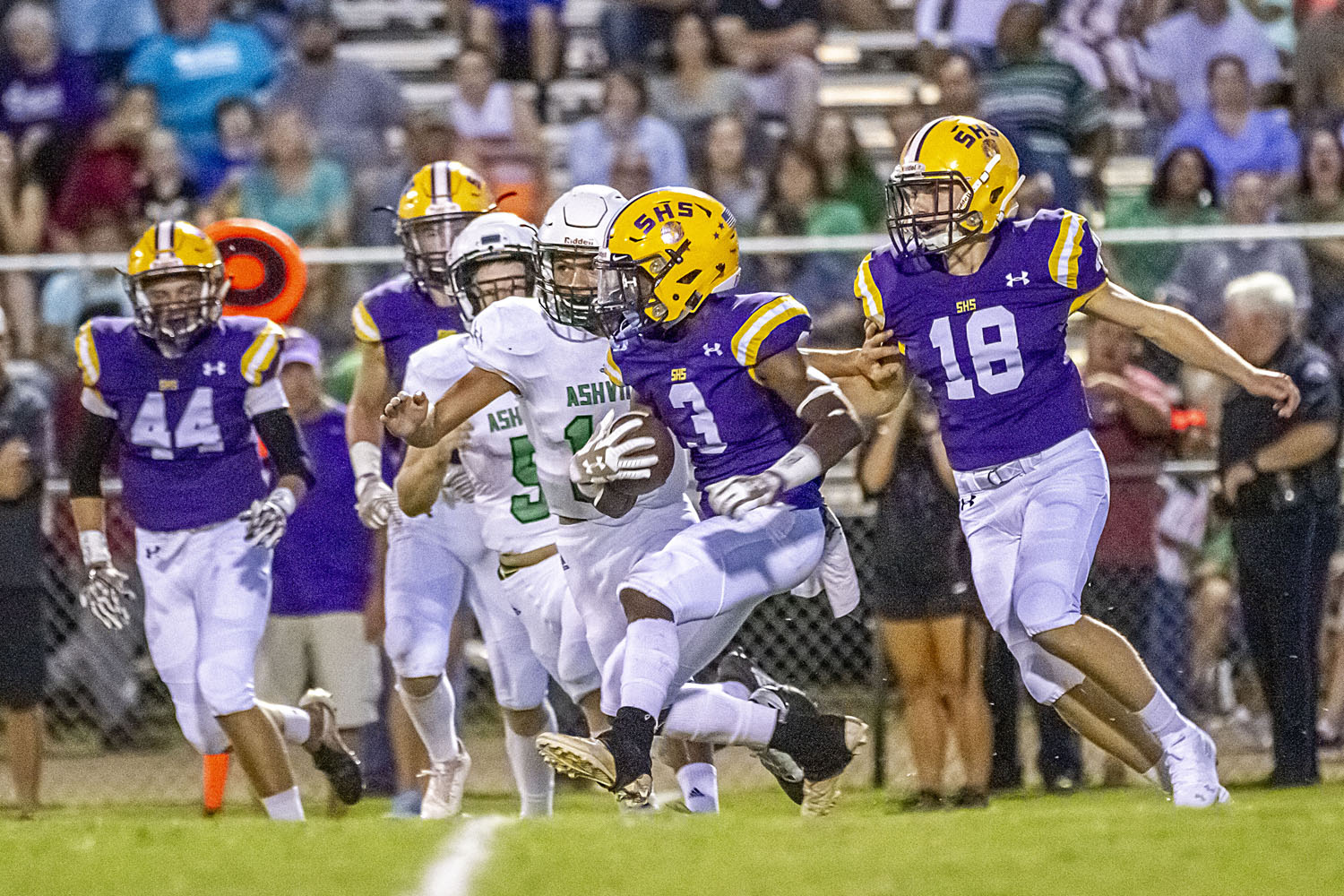 Springville grinds out victory over Ashville, 10-7, to move to 2-0 on the season

SPRINGVILLE — The Springville Tigers defeated Ashville, 10-7, in a defensive battle on Friday, Aug. 30, to move to 2-0 on the season for the first time since 2013.

In the season opening victory over Hayden, the Tigers defense did not allow a score until the third quarter. The Ashville Bulldogs refused to wait that long.

After both the Tigers and Bulldogs traded punts to start the game, Ashville got on the scoreboard first. The Bulldogs’ sophomore quarterback Kevin Harris found Derrick Walker on a screen pass, which Walker took 38 yards to the end zone, giving Ashville a 7-0 lead.

The Springville offense, however, had difficulty getting in gear in the first half. The Tigers accounted for only 81 yards of total offense and was forced to punt three times. Springville had chances early and almost evened the game, but Jace Hayes dropped a would-be touchdown pass from quarterback Pearson Baldwin. The Tigers settled for a 35-yard field goal to end the half trailing, 7-3.

Springville did not stay down long in the second half. Just 1:34 into the third quarter Baldwin connected with Hayes for a 46-yard go-ahead touchdown. That touchdown was the only points of the second half as both defenses stood strong. Ashville did have a chance to take the lead twice in the fourth quarter, but the Tigers’ defense held firm.

“I’m proud of him, he came back and caught one,” Springville head coach Michael Graben said of Hayes. “For us to be good, he’s going to have to do that.”

The last time Springville started 2-0 the season got away from them. It would finish 3-7 on the season and miss the playoffs. For the 2019 Tigers, the 2-0 start is nice, but next week is when the games count even more. The Sylacauga Aggies return to Tiger Stadium for the first time since 2014. Springville will be looking avenge a 48-10 drubbing in 2018. A win would start the Tigers off 1-0 in region play for the first time since 2013.

“It’s not about one guy, it’s about all them people up there (the fans), its about our kids who have busted their butts for so many years,” Graben said. “It was nice to get a win”