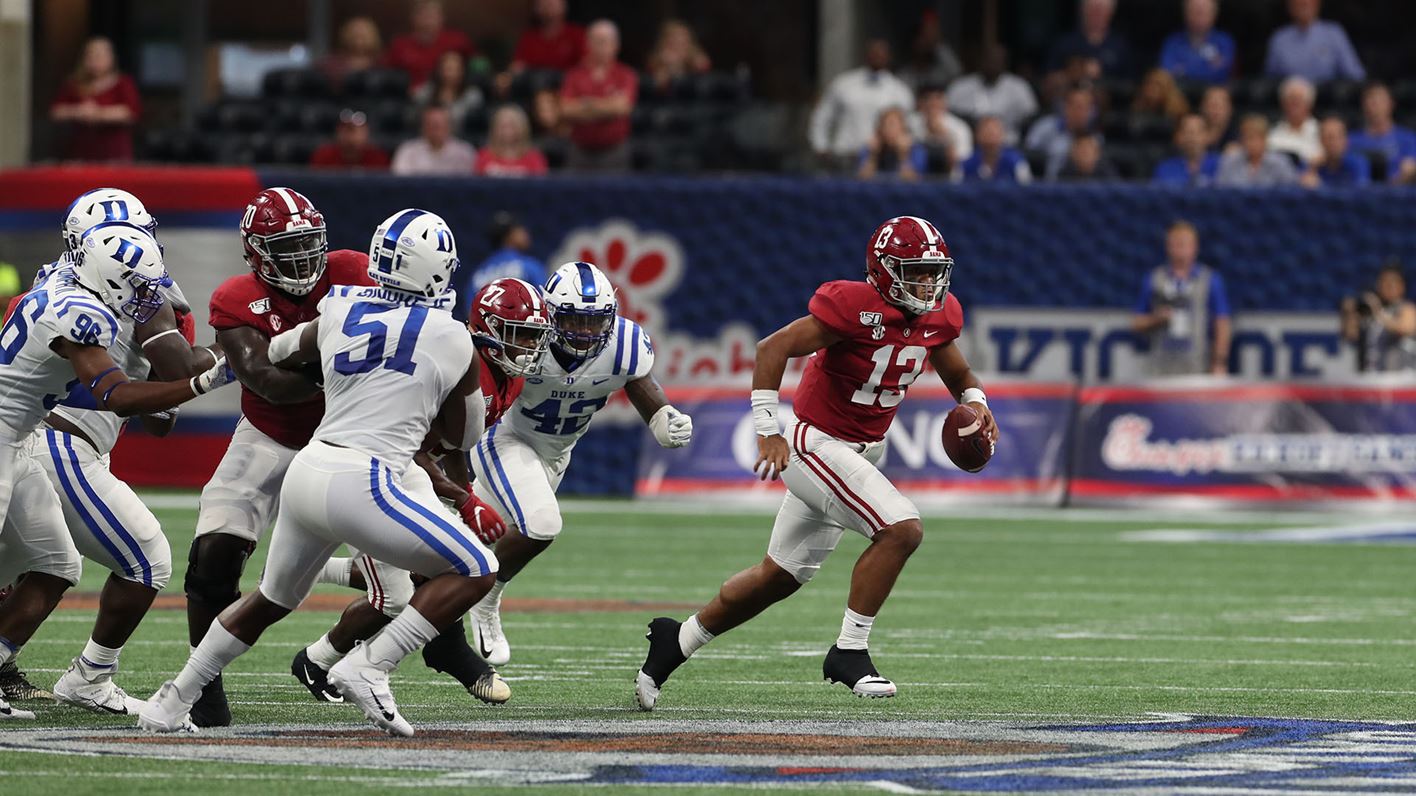 The top 25 went 23-0 against unranked teams to open the season, leaving the rankings mostly unchanged with No. 1 Clemson and No. 2 Alabama at the top of the first regular-season AP college football poll of 2019.

The Tigers received 54 first-place votes out of 62 in the media poll, up two from the preseason. The Crimson Tide received the remaining eight in the poll presented by Regions Bank.

The only top 25 team to lose was Oregon, which slipped to 16 after dropping a thriller to Auburn. The Tigers moved up to 10th.

The last time the top 25 teams went undefeated against unranked foes in a full, regular-season weekend was October 2017 (15-0 the week of Oct. 15). The last time only one ranked team lost in a full weekend of games was Sept. 21, 2013.

The top seven teams in the preseason rankings held their spots Tuesday. Clemson and Alabama were followed by No. 3 Georgia, No. 4 Oklahoma, No. 5 Ohio State, No. 6 LSU and No. 7 Michigan. Notre Dame moved up a spot to No. 8 and Texas was ninth. Florida slipped three spots to No. 11.

MOVING IN, BUT NOT OUT

No. 24 Boise State was the only team to move into the rankings this week, but in an odd quirk, no team fell out. There was a tie at No. 25 between Nebraska and Iowa State. The Broncos are ranked again after rallying from 18 points down to beat Florida State on the road Saturday. Boise State has been ranked for at least one week the last 18 seasons.

IN CASE YOU WERE WONDERING

There have been three times since the AP poll expanded to 25 teams in 1989 that no ranked teams lost during a regular-season weekend schedule. In 1996, Top 25 teams went 11-0 leading into the second regular-season poll. The Top 25 had two undefeated weeks in September 2004, going 18-0 the opening weekend of the season and 19-0 a few weeks later.