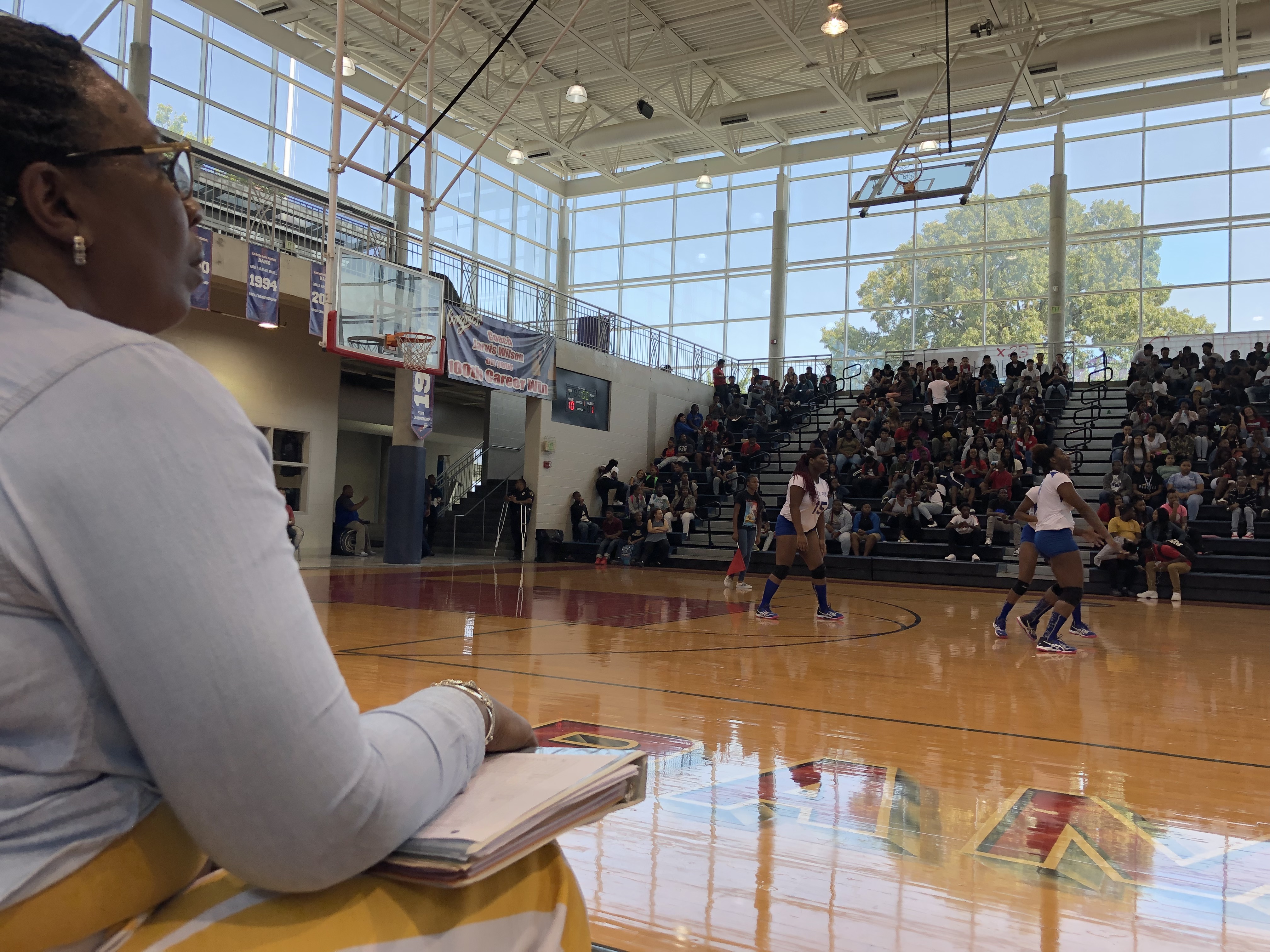 BIRMINGHAM — Disregard the absence of air conditioning in the window-wrapped gymnasium on the campus of George W. Carver High School. Disregard the poor showing from Center Point in the first set as the Lady Rams embraced a packed crowd of students waiting out the final moments of the school day while the Eagles appeared shell-shocked and uncomfortable with the unexpected large audience.

In the end, though, it was Center Point that had the last laugh.

After a little prayer, some deep breaths and a whole lot of gumption, the Eagles prevailed in five sets on Wednesday despite playing in conditions bordering on cruel. As the students filed out as the match went on, the few fans that remained fanned themselves as they watched a first-set blowout morph into a five-set thriller won by the Eagles.

The victory was one of few that Center Point has recorded this season. But, wins and losses mean little to head coach Dionne Williams as she coaches one of her favorite teams to date.

The expectations of Williams’ chosen team are reasonable: just do better than they did this past year. Following an up-and-down 2018 season that went south quick, it’s safe to assume that the 2019 season is unfolding in ways that pleases the long-time Center Point head coach.

It could be said that this match symbolized the growth of the Eagles’ program. This time last year, faced with an early deficit and uninspired performances, the Eagles would have folded; however, the Eagles of present stepped up to the plate and held their own despite the Lady Rams remaining neck-and-neck throughout.

“Just stay focused, trust and believe each other and we should surprise a lot of people,” Williams said about how the team views this season.

The Eagles are certainly surprising themselves nearly midway through this season. Granted, the level of success that Center Point looks to obtain differs from that of say Jasper or Bayside Academy, of course, but Center Point already views this year from behind rose-tinted lenses.

“Right now, we are a success,” Williams said. “This is a success for us right now: my girls learning, growing and trusting each other.”

The growing process comes with the territory. Each team faces its own obstacles. For Center Point, it’s developing its back-row passers, who are all young. Helping matters is a front line that has not only size but talent. Led by senior Alandria Calhoun, who has an offer to play volleyball at Miles College, the Eagles are a force up front. That size and talent proved to be the difference maker against Carver as shot after Lady Ram shot was sent back.

The next obstacle for Center Point to overcome is growing the reputation of the sport within the school. As a non-revenue sport, little is done to develop a fan base that has its teeth sunk into both football and basketball. But, some signs are promising. Case in point: Williams was impressed with the size of the Eagles’ first home game, which historically has been less than ideal.

“I was indeed surprised,” she said. “It was crowded. We’re starting to win so it might get a little more support.”

Regardless of coaching a sport viewed by some as an afterthought, coaching for Williams is all about the love. The love of teaching, the love of getting up every morning and going to the classroom, and the love of going into the gym.

“I still love it. At the end of the day, my job is to get you in school somewhere,” Williams said. “I can teach you the foundation to get you to the next level. That’s a success for me.”