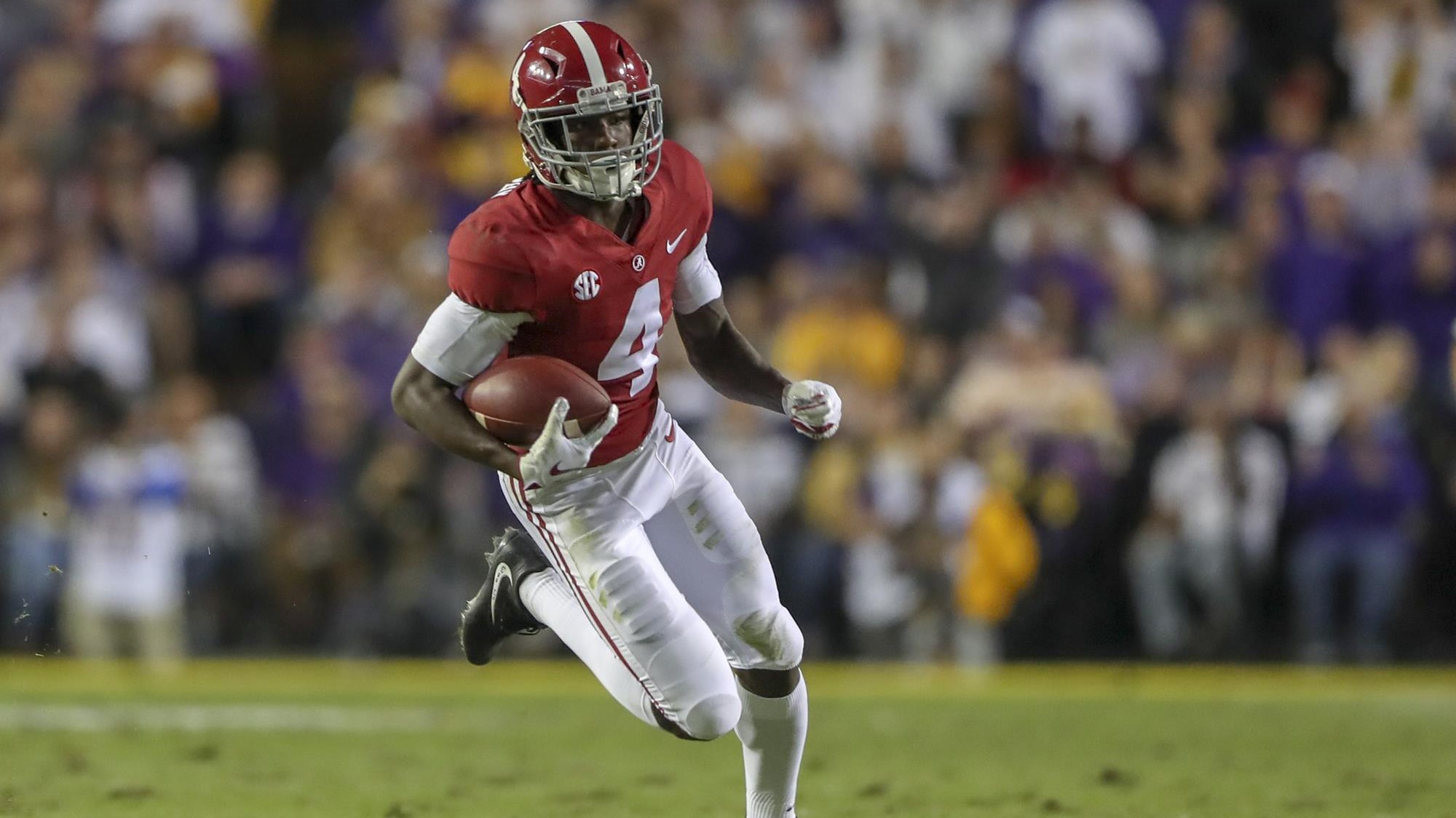 TUSCALOOSA, Ala. (AP) — Alabama receiver Jerry Jeudy flashed his moves after catches against Duke, using spins and stutter-steps that have often impressed even his teammates.

An equally pertinent question: How does somebody stop it? Jeudy and others among the second-ranked Crimson Tide’s receivers have proven as adept at running for extra yards as they are sprinting downfield for a long catch from Tua Tagovailoa.

They turned short passes into big gains repeatedly in racking up 268 yards after the catch against Duke, according to Pro Football Focus..

Jeudy, the reigning Biletnikoff Award winner, gained 85 of his 137 yards with the ball in hand.

Across the middle, he turned away from one defender and quickly spun out of another’s reach for a nice gain. He took a swing pass 21 yards for a touchdown with a spin and stutter-step move shaking a defensive back.

“I always tell the players to take what the defense gives, that we can make explosive plays catching a 2-yard pass and turning it into a 70-yard play, as we can always trying to force the ball down the field,” Tide coach Nick Saban said. “Especially with the kind of players that we have that have run-after-a-catch ability. I think it’s imperative to the success of what we’re doing.

Jaylen Waddle had 90 receiving yards, 67 of them after the catch, according to PFF. Smith gained 48 of his 54 yards on the run. Henry Ruggs III, who had 11 touchdown catches last season, didn’t even get into the act much.

“All the receivers play the ball well, all of them can jump, all of them are fast, and with the ball in their hands they make plays,” Tide cornerback Trevon Diggs said.

The quartet of wide receivers averaged 17.9 yards on 201 catches last season, with a collective 38 touchdowns. Waddle was also a threat returning punts and Ruggs returns kicks.

As for Jeudy, Smith thinks “he’s got some spider senses or something when somebody’s around him.”

Jeudy got off to a strong start with a career-high 10 catches. He’s trying to become only the third repeat Biletnikoff Award winner. Oklahoma State’s Justin Blackmon won in 2010 and 2011 and Texas Tech’s Michael Crabtree won his second straight in 2008.

He laughs at teammates talking about his moves like video game players punching the “B” button.

“I just feel it, really. It’s crazy how it works though. Like, I can’t even see them, I just feel it. I don’t know I can’t really explain it. It’s something God gave me, I guess.”