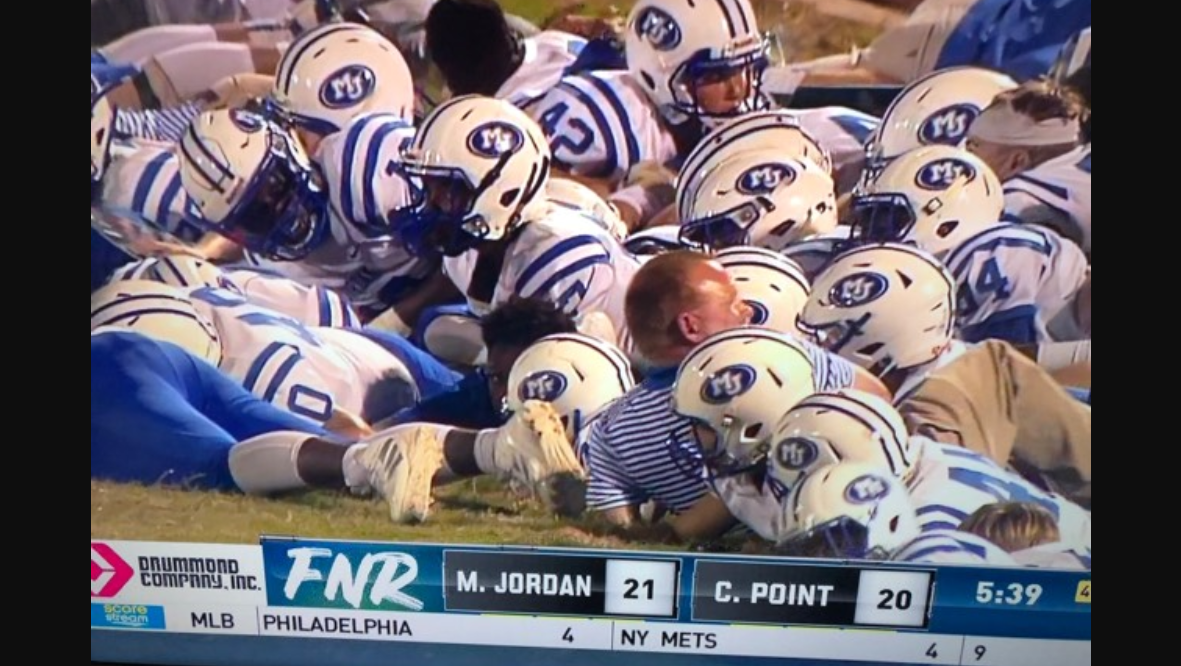 CENTER POINT — The Jefferson County Sheriff’s Office gave the “all clear” Friday night after reports of gunfire near the Center Point stadium, during a football game.

The sheriff’s office said deputies responded shortly after receiving reports of gunfire at or near the stadium. The deputies on the scene reported no incidents inside or outside of the stadium.

The game was being televised on My68 and football players and coaches were seen laying on the ground after hearing what they thought were gunshots. 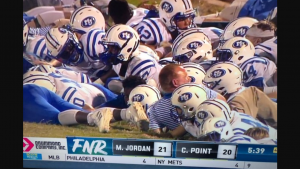 “The area is right on the Birmingham line and the Center Point city line,” said Phillips.

“It was a false report that shots were fired inside the stadium, in the game,” said Phillips. “The shots were fired two or three blocks away from the stadium. They have created this stir that Center Point is an unsafe place to play football, which is a bald-faced lie.”

The principal said the security plan that was in place for the game worked.

“Ample security was there, the mayor of Center Point and the sheriff of Jefferson County was there,” said Phillips. “It was a great atmosphere that was ruined by an ignorant person in our community.”

After the shots were heard, Phillips said the P.A. announcer made the announcement for everyone to get down and not to run.

Adam Edwards said he was at the game and he said he heard gunshots.

“The school is surrounded by neighborhoods and the gunshots came from one of the neighborhoods, not inside the stadium, but very close, within a city block or two,” said Edwards.

Edwards said because of the quick action of sheriff’s deputies at the game, everyone felt safe after they were given the all-clear.

“Before the game resumed, there were sheriff’s deputies, officials and both teams’ coaches meeting on the field to discuss what to do,” said Edwards.

Jennifer Poole said she was at her parents’ home, which is near the stadium.

“We were sitting on the front porch,” said Poole. “We heard them. There were about seven to nine shots. It was not at the school but in one of the surrounding neighborhoods. Sadly this is a common occurrence in this area.”

9-6-19 9:48pm All clear at Center Point high school. Deputies responded to a false report of shots fired during the football game. Deputies on the scene report no incidents inside or outside the stadium.

The game was delayed while reports were investigated but resumed after the sheriff’s office gave the all-clear.