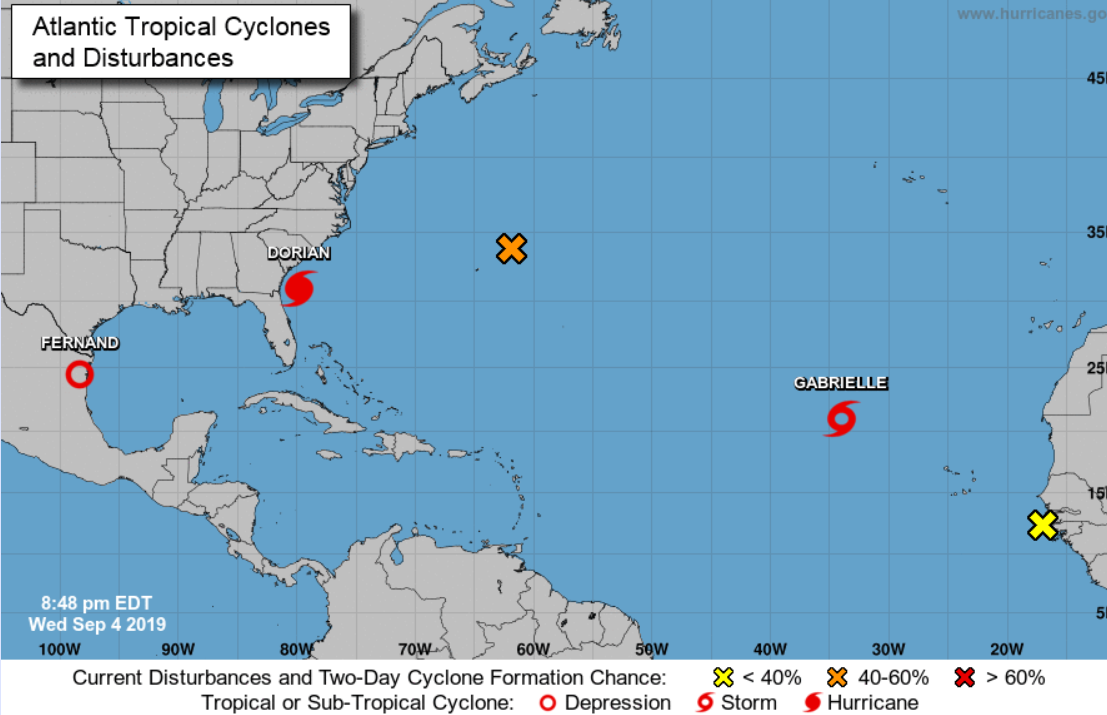 On Sunday, Trump had warned that Alabama, along with the Carolinas and Georgia, was “most likely to be hit (much) harder than anticipated.”

The National Weather Service in Birmingham, Alabama, tweeted later: “Alabama will NOT see any impacts from #Dorian. We repeat, no impacts from Hurricane #Dorian will be felt across Alabama. The system will remain too far east.”

But the president has been adamant throughout the week that he was correct, and the White House has deployed government resources and staff to back him. 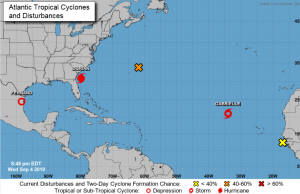 The latest defense came out Friday evening, when the National Oceanic and Atmospheric Administration issued a statement from a spokesman stating that information provided by NOAA and the National Hurricane Center to the president had demonstrated that “tropical-storm-force winds from Hurricane Dorian could impact Alabama.” The advisories were dated from last Wednesday, Aug. 28, through Monday, the statement read.

Friday’s statement also said the Birmingham NWS tweet Sunday morning “spoke in absolute terms that were inconsistent with probabilities from the best forecast products available at the time.”

The statement from NOAA contrasts with comments the agency’s spokesman, Chris Vaccaro, made Sunday. “The current forecast path of Dorian does not include Alabama,” Vaccaro said at the time.

Friday’s NOAA statement, released just before 5 p.m., points to a few graphics issued by the National Hurricane Center to support Trump’s claims. The maps show percentage possibility of tropical storm force winds in the United States. Parts of Alabama were covered, usually with 5% to 10% chances, between Aug. 27 and Sept. 3. Maps on Aug. 30 grew to cover far more of Alabama, but for only 12 hours, and the highest percentage hit 20% to 30% before quickly shrinking back down.

Alabama was not mentioned in any of the 75 forecast advisories the hurricane center sent out between Aug. 27 and Sept. 2. From Aug 28 to Aug. 31, a handful of locations in Alabama were mentioned in charts that listed percentage chance of tropical storm force winds or hurricane winds, maxing out at about 7 percent chance for Whiting Field to get tropical storm force winds.

Former National Hurricane Center Director Bill Read blasted NOAA leadership Friday night on his Facebook page calling the situation “so disappointing” and saying he would comment because NOAA employees were ordered to be quiet.

“Either NOAA Leadership truly agrees with what they posted or they were ordered to do it. If it is the former, the statement shows a lack of understanding of how to use probabilistic forecasts in conjunction with other forecast information. Embarrassing. If it is the latter, the statement shows a lack of courage on their part by not supporting the people in the field who are actually doing the work. Heartbreaking,” Read wrote.

“What the Birmingham NWS office sent out Sunday morning was correct and served the public well,” Read continued. “It clearly let the public know that they were not at risk from the impacts of Hurricane Dorian.”

Alex Sizemore, a meteorologist at NWS in Birmingham, tweeted, “The irony in all of this Twitter mess is that the tweet we sent out had nothing to do with what Trump tweeted, we had no knowledge of it at the time.” Sizemore said the Sunday tweet came in response to people calling the NWS office.

“Now this. Goodness,” he added.

“I am very disappointed to see this statement come out from NOAA,” Oklahoma University meteorology professor Jason Furtado told The Associated Press. “I am thankful for the folks at NWS Birmingham for their work in keeping the citizens of Alabama informed and up to date on weather hazards.”

Brian McNoldy, a hurricane researcher at the University of Miami, cited the focus that NOAA placed on “tropical force winds” in its Friday evening statement. He said the first assertion about such winds from Dorian affecting Alabama is fine, but the second assertion “seems to be excessive.”

McNoldy said the National Weather Service “had the right tone and message for the time. Alabama, for some time, was on the fringe of probabilities of experiencing tropical storm winds. That is not very threatening.”

NOAA’s mission is to understand and predict changes in the Earth’s environment. It is part of the Commerce Department, overseen by Secretary Wilbur Ross. The White House did not immediately respond to a question of whether someone at the White House had asked NOAA to issue its statement.