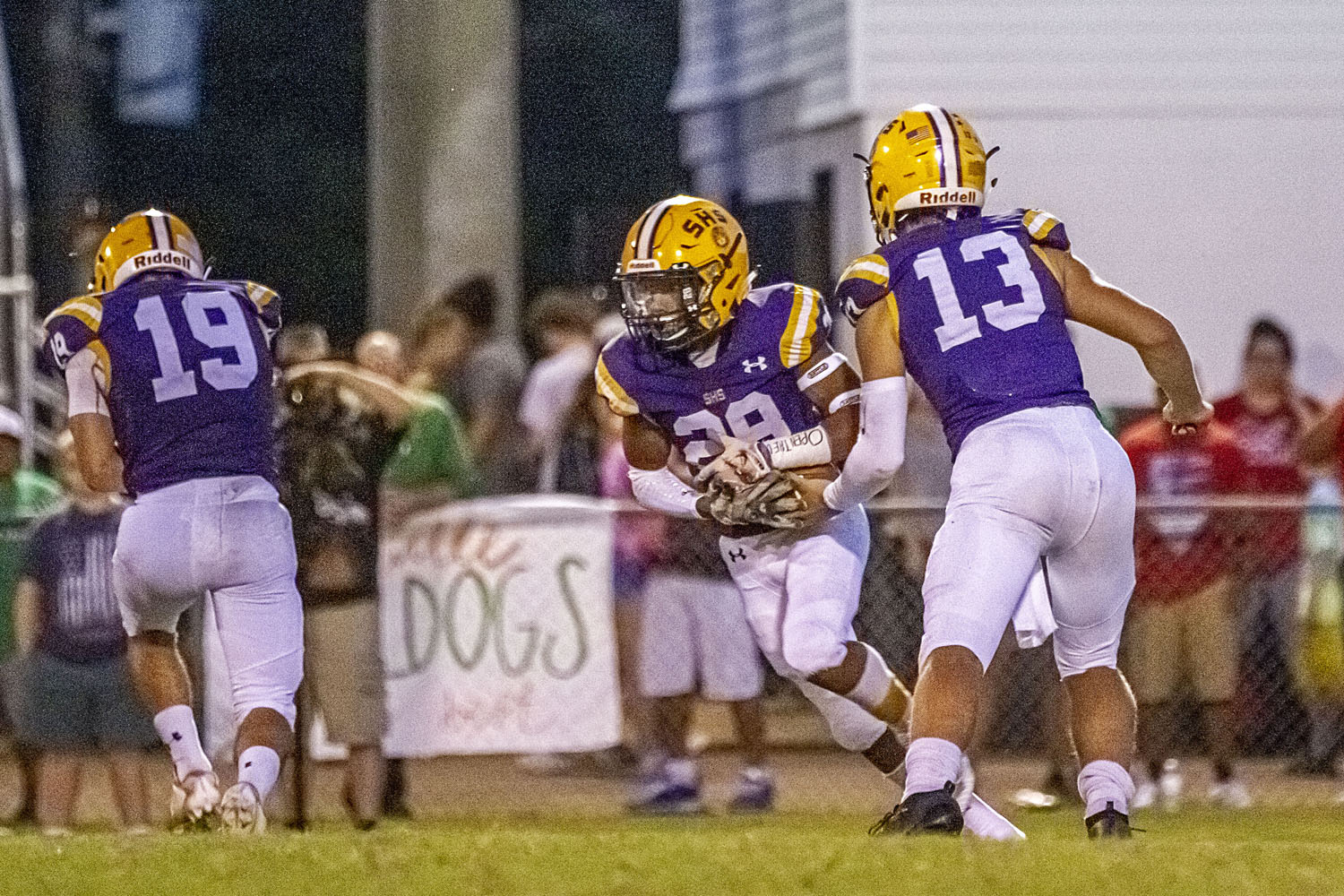 SPRINGVILLE– Looking to build off a 2-0 start in non-region play, Springville hosted Sylacauga on Friday night where a win for the Tigers would be considered an upset by many as the Aggies were picked to be one of the four teams to make the playoffs out of Class 5A Region 5.

The Aggies were determined not to let that happen as they plowed their way to a 42-21 victory.

“The kids played hard. They always play hard,” head coach Michael Graben said. “I’m proud of our kids, because we made some steps forward from last year.’”

The game started off strong for the Tigers. They managed to get on the scoreboard first after Jace Hayes recovered a Kobye Payton fumble in the end zone, giving the Tigers a 7-0 lead. The lead would be short lived as the Aggies rushing attack began moving the ball at will.

On its possession after the Springville score, Sylacauga would go 65 yards in only five plays, evening the score on a Sedrick Pope 14-yard touchdown run.

The Aggies then took the lead for good on the next possession. A two-headed rushing attack of Pope and Jordan Ridgeway carved their way through the Tigers’ defense. A 6-yard touchdown run from Ridgeway put Sylacauga on top, 14-7.

On what could be considered a defining play, Springville went for it on fourth and five from near the 50. The subsequent pass from Pearson Baldwin went to a wide-open Hayes, who dropped the ball causing a turnover on downs.

Following the change of possession, Pope would pick up his second rushing touchdown of the evening: A 39-yard run to put the Aggies up 20-7.

The Tigers still had some fight left, though. With less than a minute remaining before halftime, Baldwin found Drew Platts for a 48-yard touchdown pass, cutting the Sylacauga lead to 20-14 at the half.

The second half of the game could be summed up in three words, “There goes Ridgeway.”

Jordan Ridgeway would score on touchdown runs of 32, 4 and 51 yards in the second half to give Sylacauga a comfortable 42-21 win. Ridgeway would finish the night with 221 yards rushing and four touchdowns.

The road doesn’t get any easier for the Tigers. Next Friday, Springville will travel to Central Clay County High School for a matchup with the Volunteers. Last season was the first time the Tigers and Volunteers played and the Vols left Tiger Stadium with a 42-6 victory.

“Now, this is a game that last year we had no chance to win, and this year we had a chance to win,” Graben said. “So now we’ve got to go get better and win. You know we can’t make those mistakes. A couple of interceptions and fumbles tonight, that’s on me. I haven’t done a good job of ball security drills and throwing the ball away.”