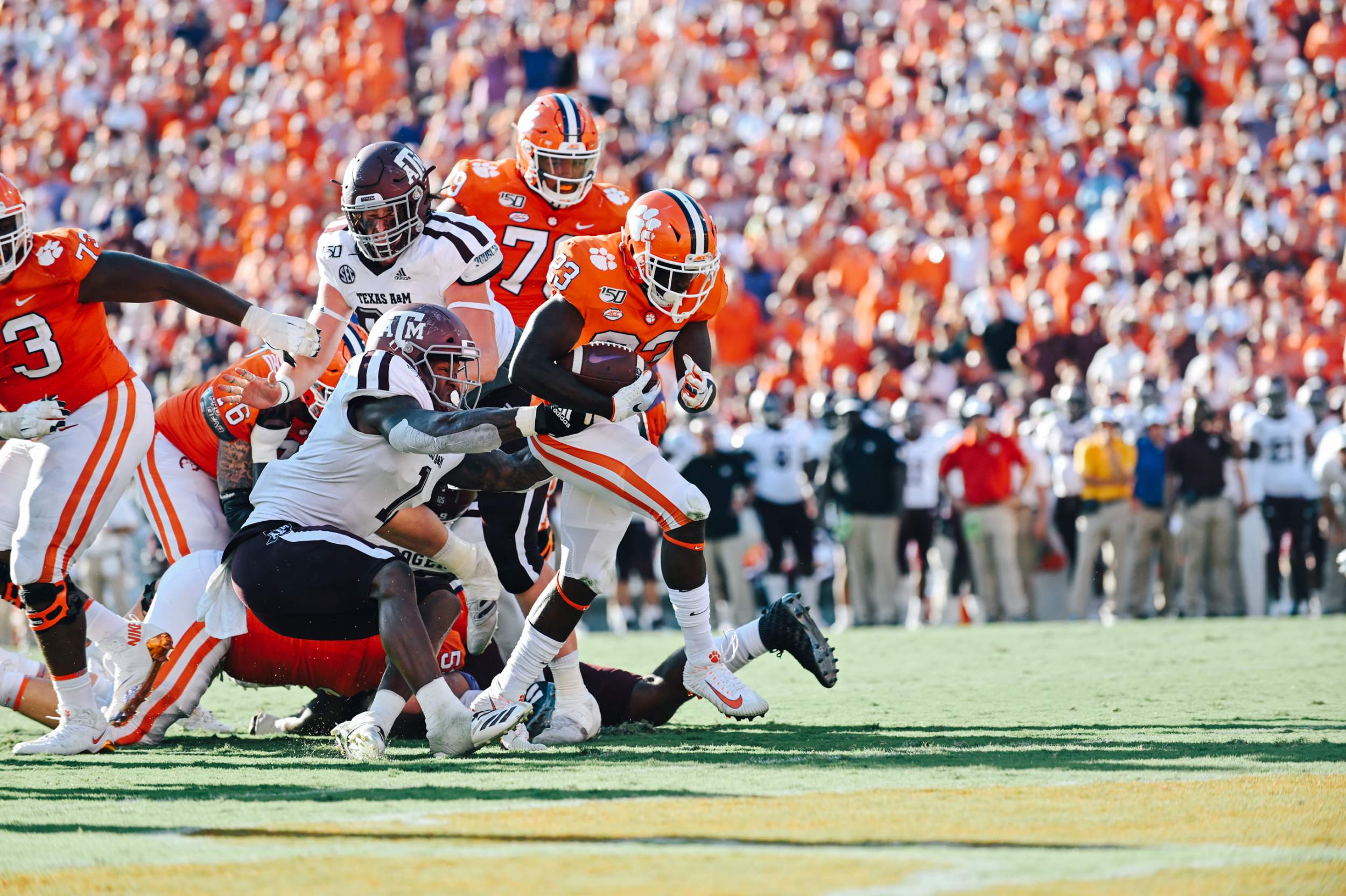 Much was made in the offseason about two high-profile programs trying to revamp their offenses.

The sixth-ranked Tigers won the game of the day at No. 9 Texas, with Joe Burrow becoming the first LSU quarterback with a 400-yard passing game since Rohan Davey in the 2002 Sugar Bowl. Three Tigers receivers had 100-yard receiving games.

The Tigers brought in Joe Brady, a former Saints assistant who turns 30 later this month, to recreate a passing offense that has been mostly stuck in the stone age for years. He has transformed Burrow from a gritty game manager into a possible NFL prospect.

It’s early but LSU fans have to be giddy. You can’t win national championships without playing a high-level passing offense in today’s college football and the Tigers just might be a legitimate contender.

Then there is No. 7 Michigan, which went to double overtime with Army.

It was the second straight season the Cadets took a top-10 opponent to OT on the road and lost.

Unlike last year, when Oklahoma survived the Black Knights’ brilliant game of keepaway, this seemed more an indictment of the Wolverines and whatever coach Jim Harbaugh is trying to do with that offense. Army only held the ball three more minutes in regulation and Michigan finished with 10 more offensive plays.

Michigan was supposed to be modernizing its offense with new coordinator Josh Gattis, a highly respected young coach plucked from Alabama but with no experience as a play-caller. Against an Army defense that is tough and well-coached but overmatched athletically and physically at pretty much every position, the Wolverines averaged 4.5 yards per play. Michigan gave away three fumbles in the first half and was stopped on fourth-and-2 twice in the fourth quarter.

Instead of Michigan taking advantage of its athletes in the open field, the Wolverines were getting whooped up front. It will be interesting how much of the blame for this falls on quarterback Shea Patterson, who is already ceding some time to Dylan McCaffrey.

As if to emphasize Michigan’s issues, Ohio State had one of the most impressive performances of the day, beating Cincinnati 42-0 behind another stellar performance by quarterback Justin Fields.

Michigan was a popular pick to win the Big Ten and finally get over the hump against Ohio State this year, with their rivalry game at the Big House on Thanksgiving weekend. But the hype had a lot to do with the uncertainty of the Buckeyes breaking in a new quarterback and coach, Ryan Day. That doesn’t look like it’s going to be much of an issue.

The Wolverines get a week off to fix stuff before a trip to No. 17 Wisconsin in a couple weeks, but for now that gap between Michigan and Ohio State seems as wide as ever.

SAME AS IT EVER WAS

Not surprisingly, Clemson’s defense still looks ferocious after saying goodbye to four defensive linemen taken in the last NFL draft, including three in the first round. The Christian Wilkins-led Power Rangers are gone, but a new set of superheroes is already emerging. Against Texas A&M, No. 1 Clemson allowed only 4.2 yards per play and kept the Aggies out of the end zone until 6 seconds were left in the game.

End Xavier Thomas is the type of pass rusher who could develop into a first overall draft pick. Freshman defensive tackle Tyler Davis has already worked his way into the starting lineup and against A&M he put a few Aggies’ offensive linemen on skates. The talent never seems to run out at Clemson and, of course, there is one constant: defensive coordinator Brent Venables. Clemson has upped his pay to more than $2 million per year, but the return on investment is still high for coach Dabo Swinney.

“The opposing teams are fortunate because they have to play Coach V once,” Clemson co-offensive coordinator Jeff Scott said. “We have to play him year-round.

Another terrible week for the second-year coaching trio of Chip Kelly at UCLA,Scott Frost at Nebraska and Florida State’s Willie Taggart, who is not scoring many points with a skeptical fan base by needing a missed extra point in overtime to beat Louisiana-Monroe. The Seminoles avoided starting 0-2 for the first time since 1973 … There was some discussion in the offseason about which assistant coaches had the most influence over Alabama’s offense last year after three of them — Mike Locksley (head coach Maryland), Dan Enos (offensive coordinator Miami) and Gattis — scattered. Not sure whether the results of those teams this year proves anything definitively, but Locksley’s Maryland team has scored 142 points in two games after blitzing No. 21 Syracuse. … The Orange cost Syracuse a chance to host ESPN’s “College GameDay for the first time and took a whole bunch of luster out of next Saturday’s prime-time game against Clemson. The 43-point beatdown by Maryland was the most lopsided loss for a ranked team to an unranked team since Oklahoma beat No. 13 Texas A&M, 51-13 in 1999. … Syracuse’s missed opportunity could be Ames, Iowa’s good fortune. “GameDay” could be at Iowa State for the first time when the No. 25 Cyclones host No. 20 Iowa. If Iowa State stays ranked (it was tied for 25th this week and did not play) it will be the first CyHawk game matching ranked teams after 66 meetings dating to 1894. … Wisconsin has opened the season on a 110-0 run. Badgers star Jonathan Taylor has scored eight touchdowns in two games, including the first three TD receptions of his career. … USF’s losing streak hit eight with a tough loss to Georgia Tech. The Bulls started last season 7-0 and it has been so bad since it could soon be time to start wondering if Charlie Strong is in danger of losing his job. … Akron has a turnover pencil and it almost poked out an eye.