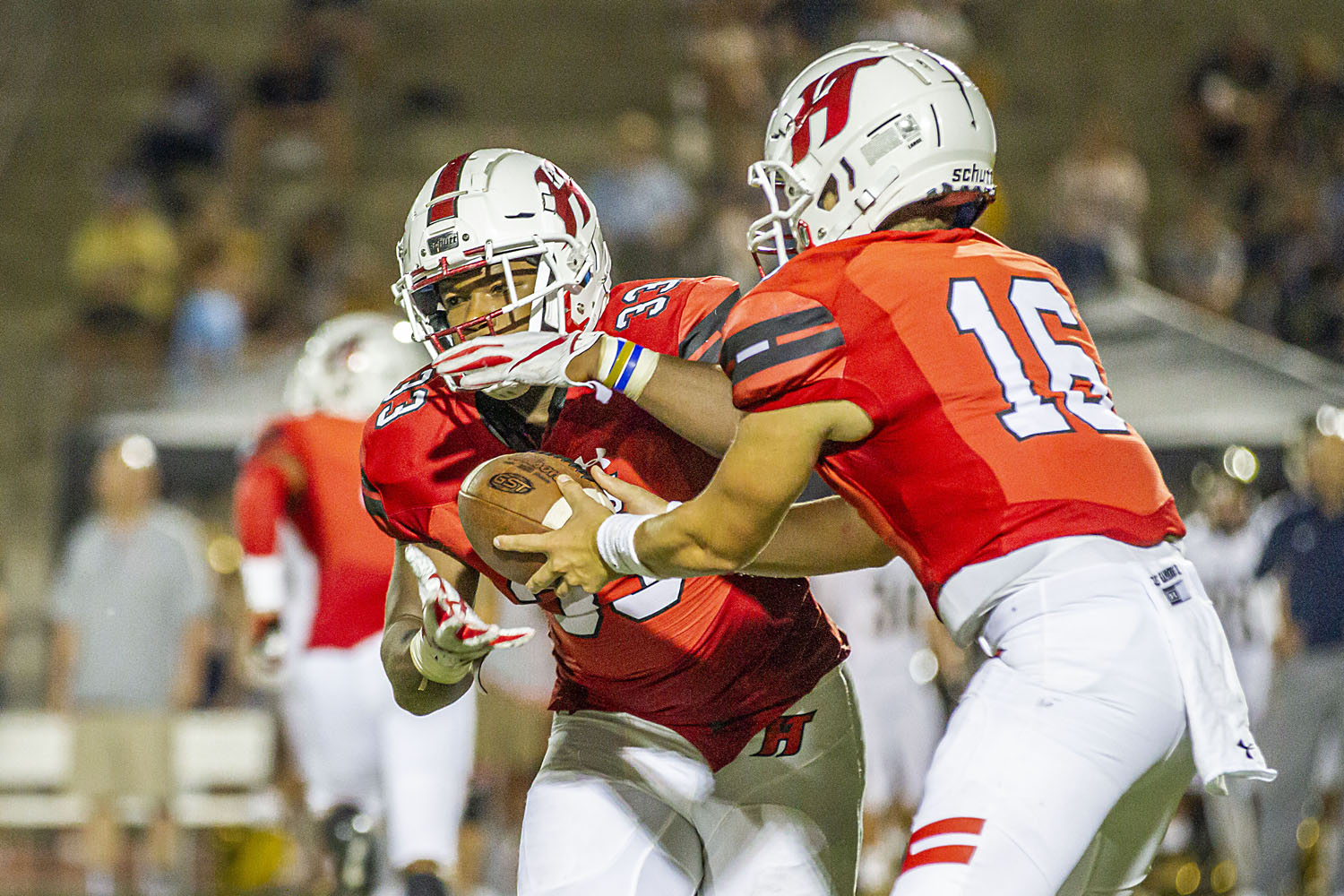 TRUSSVILLE — The current laundry list of colleges interested in Hewitt-Trussville junior running back Sean Jackson reads more like a grocery checklist written by a bachelor living on nothing but Mountain Dew than a list regarding a back who has wreaked havoc through three games this season.

He has just one offer at the moment from UAB, according to 247sports.

The 5-foot-9, 218-pound bowling ball has remained a step out of the limelight this season as Auburn commit Armoni Goodwin has racked up the accolades, the yards and the touchdowns. However, take a closer look and you will see comparisons between the two backs: both players have averaged close to 10 yards per rush, both have touchdown runs of over 50-plus yards and both have multiple games of rushing for over 100 yards. 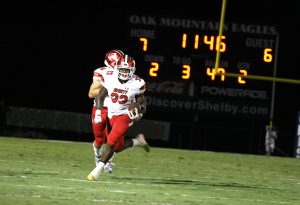 That is an absurd stat for one running back to have, much less two on the same roster. The wealth of talent in the backfield that the Huskies have has been a boon for head coach Josh Floyd, whose offensive gameplan this season flows from inside out.

“We make a good combo,” Jackson said. “Thunder and lightning. Basically, the perfect duo right there.”

The two are reminiscent of the Tampa Bay Buccaneers duo of Mike Alstott and Warrick Dunn. The two combined for 7,805 yards and 54 touchdowns through five seasons. Like Dunn, Goodwin burns opposing defenses with his speed while Jackson encapsulates the punishing running of Alstott.

Listed as a three-star in the class of 2021, Jackson has found his place among the top 50 recruits in the state of Alabama, according to 247 Sports’ Composite rankings. His performance against Oak Mountain this past Friday helped the Huskies avoid a potential collapse prior to their top-100 national matchup against region rival Hoover this Friday. Against the Eagles, Jackson recorded 14 carries for 169 yards rushing and two touchdowns. He added 65 yards receiving.

“He just does his thing,” Floyd said of Jackson. “He’s such a beast to bring down. He’s such a physical kid, and he can run. He’s much faster than people give him credit for. He’s a Division I running back. It’s just a matter of time before he gets several offers.” 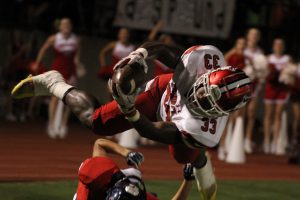 Jackson’s best contribution is his ability to seemingly get stronger as the game progresses. In the latter stages of the game, the Eagles’ defense was at a loss about how to corral the powerful Jackson as he left a trail of Oak Mountain defenders in his wake.

“At the beginning of the game, I tried to lower my head more and get defenders to go after my legs and spin off them,” Jackson said. “The defense then gets tired, and my conditioning this summer is to the next level.”

With Goodwin possibly out after injuring his knee on Friday, the onus will be on Jackson to carry the load against Hoover. The Bucs fell to Thompson, 48-30, in a top-five matchup that saw the Warriors record nearly 300 yards on the ground. Should the Bucs continue to struggle against a competent running attack, Jackson should have the opportunity to groom his statewide image with a big performance.

Take one look at Jackson and you will immediately notice that he bears a striking resemblance to Buffalo Bills running back Frank Gore. From their similar body type, stout and thick, to a bruising style of running that relies on power and surprising quickness. Much like how Gore has played throughout his career, Jackson embraces the adage that it’s not about how hard you start, but how hard you finish.

That mindset has driven Jackson. As a result, he has blossomed into a player that can become one the best backs in the state.

“I just want to show my family that if they put in the money then I can make something happen,” Jackson said. “I want to go to the NFL.”