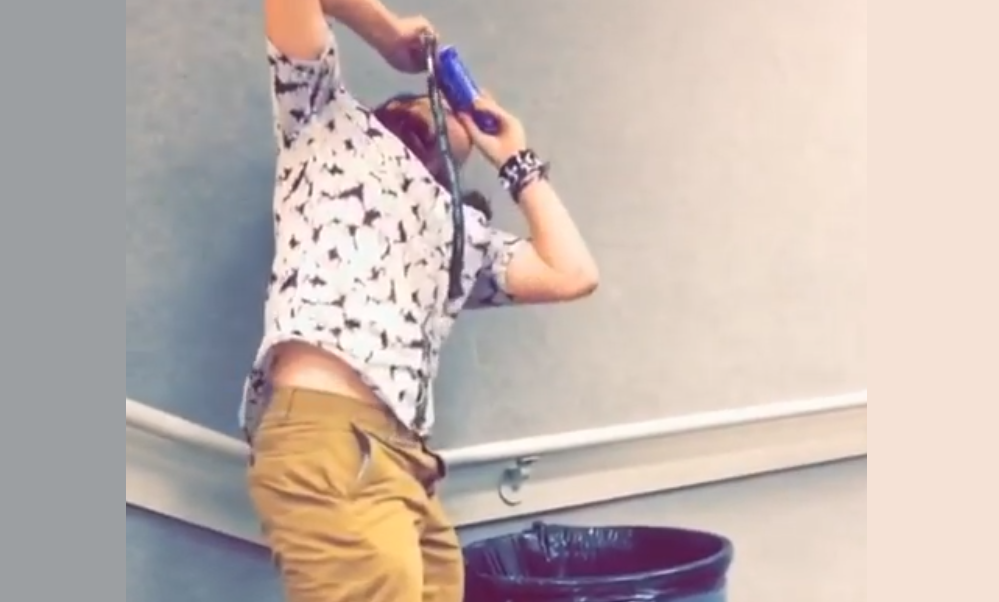 TUSCALOOSA — A University of Alabama teacher is off the job after a video surfaced of a student drinking a beer in class.

A video posted to a social media site a week ago shows a young man punching a hole in the side of a beer can and drinking it while others in the classroom watch and clap. Someone is heard saying: “I am impressed.” 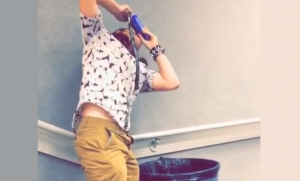 The student newspaper at Alabama, The Crimson White, reports the incident occurred in Strayer’s classroom earlier this month, and that the person shown in the video wasn’t a student at Alabama.