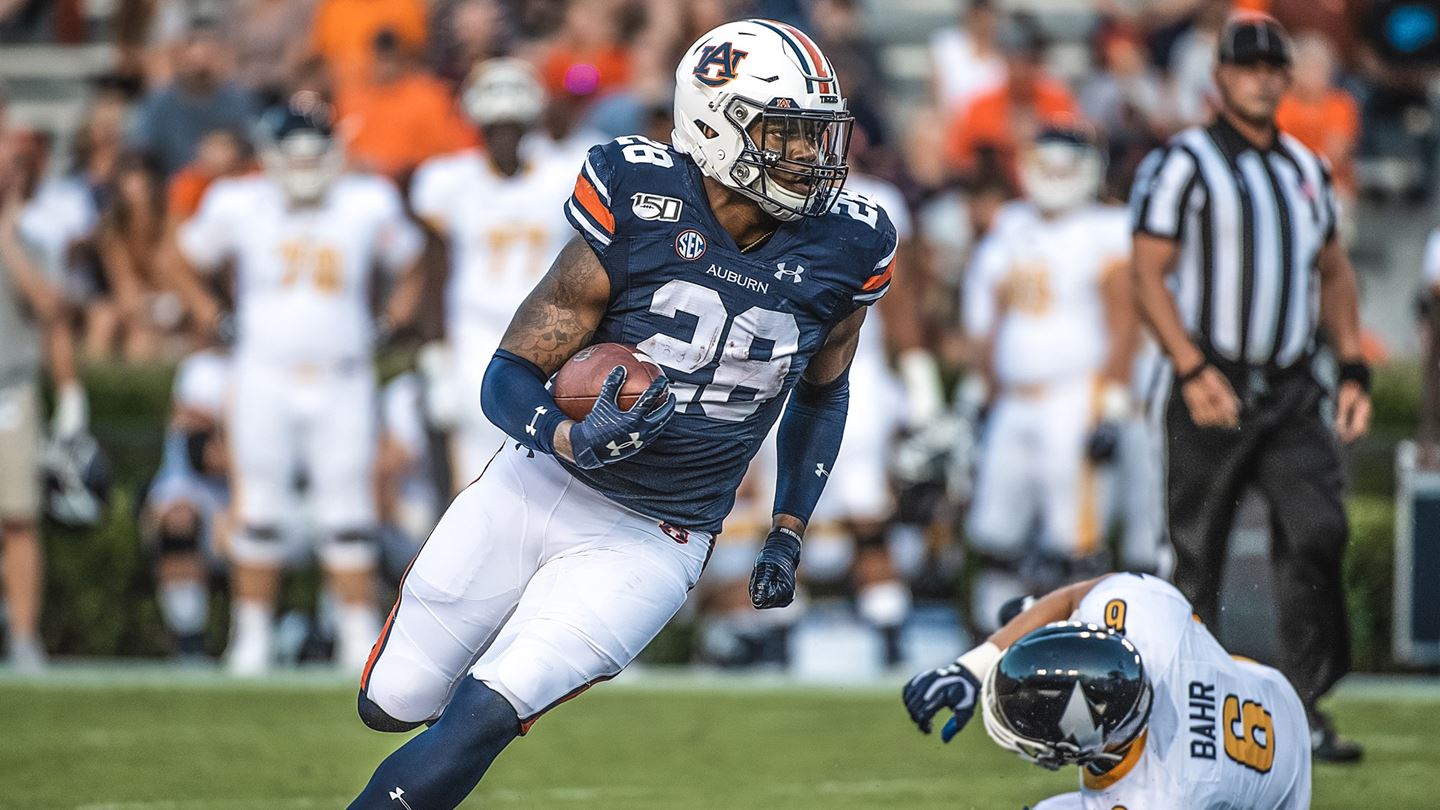 AUBURN, Ala. (AP) — JaTarvious Whitlow rushed for 135 yards and two touchdowns and Bo Nix ran and passed for scores to lead No. 8 Auburn to a 55-16 victory over Kent State Saturday night.

The Tigers (3-0) piled up 467 rushing yards — and three 100-yard rushers — in their final tune up before Southeastern Conference play. They also got some big plays running and passing from Nix, including a 49-yard flea flicker to Eli Stove for a touchdown in the third quarter.

Then both offensive stars were able to head to the sideline after the Tigers avoided a pre-SEC letdown against the Golden Flashes (1-2).

Most of the damage was done with a running game that had struggled at times.

Nix had runs of 17 and 18 yards on consecutive plays to set up a touchdown on the opening drive and added a 1-yard score. He completed 12 of 16 passes for 161 yards for an offense that topped its combined points from the first two games.

Backup quarterback Joey Gatewood ran for 102 yards and a pair of touchdowns. Shaun Shivers, Auburn’s 5-foot-7, 179-pound running back, also gained 102 yards. It was the first time Auburn had three 100-yard rushers in a game since 1983 with a Bo Jackson-led group against Maryland.

The Golden Flashes closed to 14-10 early in the second quarter on Dustin Crum’s 53-yard downfield strike to Isaiah McKoy. Auburn had gone six-plus quarters without giving up a TD before that, but it was Kent State’s last big highlight for a while.

Crum completed 15 of 24 passes for 198 yards and a touchdown, but was sacked five times.

Auburn defensive tackle Derrick Brown sustained an unspecified injury in the first quarter. He watched the second half in street clothes.

Kent State: Started Crum at quarterback for the second straight game. Former starter and ex-Auburn signee Woody Barrett entered the game in the third quarter, down 38-10. Barrett did contribute a fourth-quarter touchdown pass. Coach Sean Lewis drew an unsportsmanlike conduct penalty in the first half.

Auburn: Took care of business ahead of the SEC opener. Diversified its running attack considerably, with Kam Martin, Shivers and quarterbacks Nix and Gatewood getting more involved. The defense allowed four straight third-down conversions on the opening drive but did get stronger.

Auburn left tackle Prince Tega Wanogho was replaced in the starting lineup by Bailey Sharp. It was the senior’s first career start. Top receiver Seth Williams was held out with a shoulder injury.