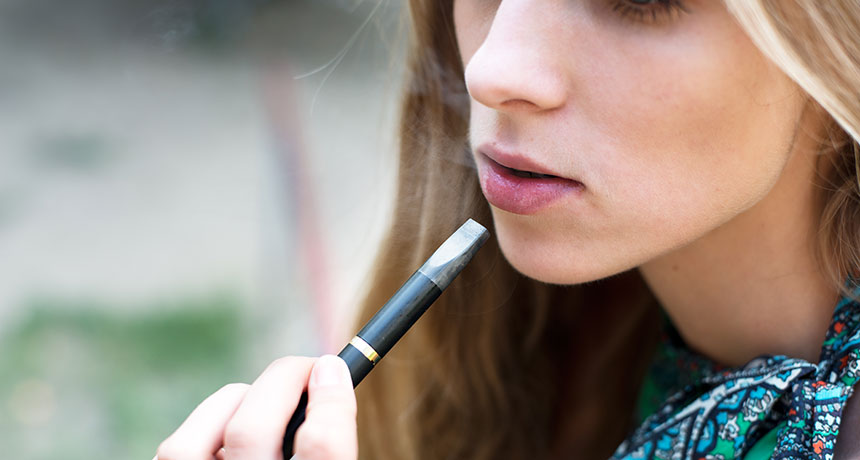 State authorities concerned by street drug in some CBD vapes

Jay Jenkins says he hesitated when a buddy suggested they vape CBD.

“It’ll relax you,” the friend assured.

The vapor that Jenkins inhaled didn’t relax him. After two puffs, he ended up in a coma.

That’s because what he was vaping didn’t have any CBD, the suddenly popular compound extracted from the cannabis plant that marketers say can treat a range of ailments without getting users high. Instead, the oil was spiked with a powerful street drug.

Some operators are cashing in on the CBD craze by substituting cheap and illegal synthetic marijuana for natural CBD in vapes and edibles such as gummy bears, an Associated Press investigation has found.

The practice has sent dozens of people like Jenkins to emergency rooms over the last two years. Yet people behind spiked products have operated with impunity, in part because the business has boomed so fast that regulators haven’t caught up while drug enforcement agents have higher priorities.

AP commissioned laboratory testing of the vape oil Jenkins used plus 29 other vape products sold as CBD around the country, with a focus on brands that authorities or users flagged as suspect. Ten of the 30 contained types of synthetic marijuana — drugs commonly known as K2 or spice that have no known medical benefits — while others had no CBD at all.

Among them was Green Machine, a pod compatible with Juul electronic cigarettes that reporters bought in California, Florida and Maryland. Four of those seven pods contained illegal synthetic marijuana, but which chemical varied by flavor and even location of purchase.

Vaping, in general, has come under increased scrutiny in recent weeks because hundreds of users have developed mysterious lung illnesses, and several have died. The AP’s investigation focused on yet another set of cases, in which psychoactive chemicals are added to products presented as CBD.

The results of AP’s lab testing echo what authorities have found, according to a survey of law enforcement agencies in all 50 states. At least 128 samples out of more than 350 tested by government labs in nine states, nearly all in the South, had synthetic marijuana in products marketed as CBD. Gummy bears and other edibles accounted for 36 of the hits, while nearly all others were vape products. Mississippi authorities also found fentanyl, the powerful opioid involved in about 30,000 overdose deaths last year.

Reporters then bought brands that law enforcement testing or online discussions identified as spiked. Because testing by both authorities and AP focused on suspect products, the results are not representative of the overall market, which includes hundreds of products.

“People have started to see the market grow and there are some fly-by-night companies trying to make a quick buck,” said Marielle Weintraub, president of the U.S. Hemp Authority, an industry group that certifies CBD cosmetics and dietary supplements.

Synthetic marijuana is a concern, according to Weintraub, but she said the industry has many reputable companies. When products turn up spiked, the people or companies behind them often blame counterfeiting or contamination in the supply and distribution chain.

CBD, short for cannabidiol, is one of many chemicals found in cannabis, a plant known more commonly as marijuana. Most CBD is made from hemp, a cannabis variety cultivated for fiber or other uses. Unlike its more famous cousin THC, cannabidiol doesn’t get users high. Sales of CBD have been driven in part by unproven claims that it can reduce pain, calm anxiety, increase focus and even prevent disease.

The U.S. Food and Drug Administration has approved one CBD-based medicine for treating seizures associated with two rare and severe forms of epilepsy but says it cannot be added to food, drinks or dietary supplements. The agency is now clarifying its regulations, but aside from warning manufacturers against making unproven health claims, it has done little to stop the sale of spiked products. That’s the job of the U.S. Drug Enforcement Administration, but its agents are focused on opioids and other narcotics.

But it’s hard for consumers to know how much CBD they are really getting, if any at all. As with many products, federal and state regulators rarely test what’s inside — for the most part, quality control is left to manufacturers.

And there’s a financial incentive to cut corners. One website advertises synthetic marijuana for as little as $25 per pound — the same amount of natural CBD costs hundreds or even thousands of dollars.