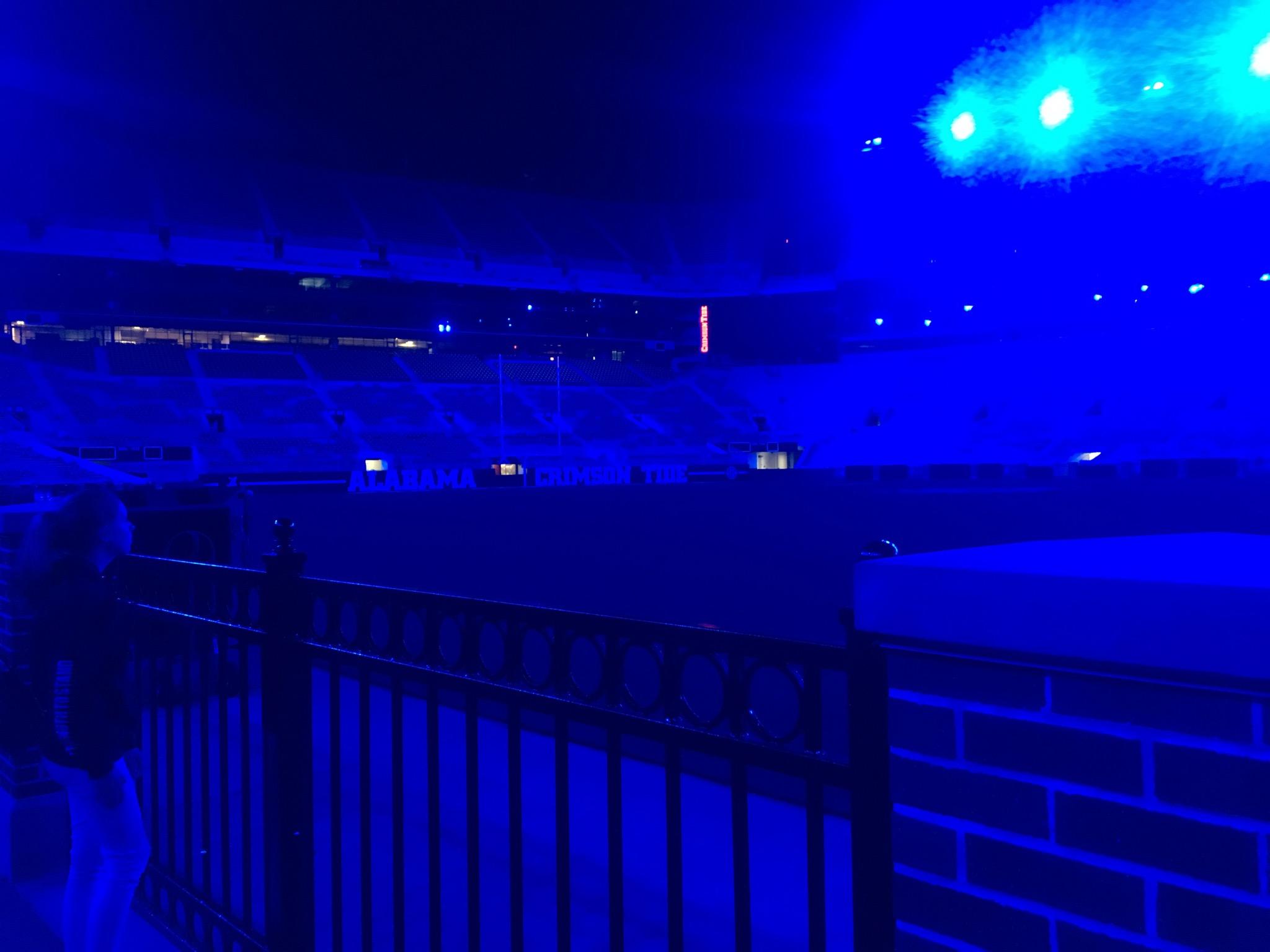 TUSCALOOSA — The lights in Bryant-Denny Stadium were turned blue from 8 p.m. until 9 p.m. on Wednesday to honor Officer Dornell Cousette who was killed in the line of duty on Monday. The University of Alabama tribute to the slain officer also includes his police vehicle parked on the Walk of Champions until Sept. 20 to give the public a place to bring flowers, cards and other items. 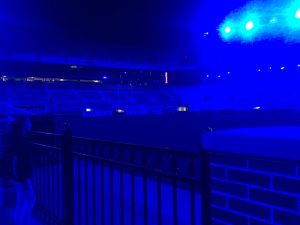 Many buildings on campus, including fraternities and sororities, were also illuminated in blue lights on Wednesday night.

Cousette leaves behind two daughters and a fiancee.

According to interim police chief Mitt Tubbs, the officer received information on a wanted suspect at 6:23 p.m. When he arrived at the scene, the suspect fled into the house and Cousette followed. In the pursuit, Cousette was shot and the suspect was wounded.

The shooting occurred near 17th Street and 33rd Avenue in the West End area and was originally confirmed by Public Information Officer Teena Richardson.

Sources say the officer was shot in the head and rushed to DCH Regional Medical Center in critical condition where he was later pronounced dead.

A Trussville motorcycle association is calling for participants in an honor ride in memory of fallen Tuscaloosa Police Officer Dornell Cousette. 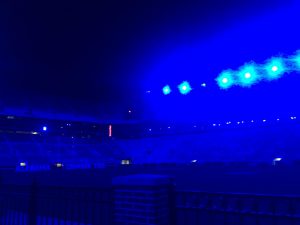 The Birmingham Chapter of The Combat Veterans Motorcycle Association, which meets in Trussville once a month, will be a part of the honor ride on Sunday, Sept. 22.

The event is sponsored by the Punishers Law Enforcement Motorcycle Club, a non-profit that will give all proceeds from the ride directly to the family of Cousette. Organizers request a $20 donation but said all donations will be accepted. Registration begins at noon.

The ride will begin at 1 p.m. at Veterans Memorial Park in Tuscaloosa. Riders will make a loop around the city of Tuscaloosa, including a trip by the Tuscaloosa Police Department.