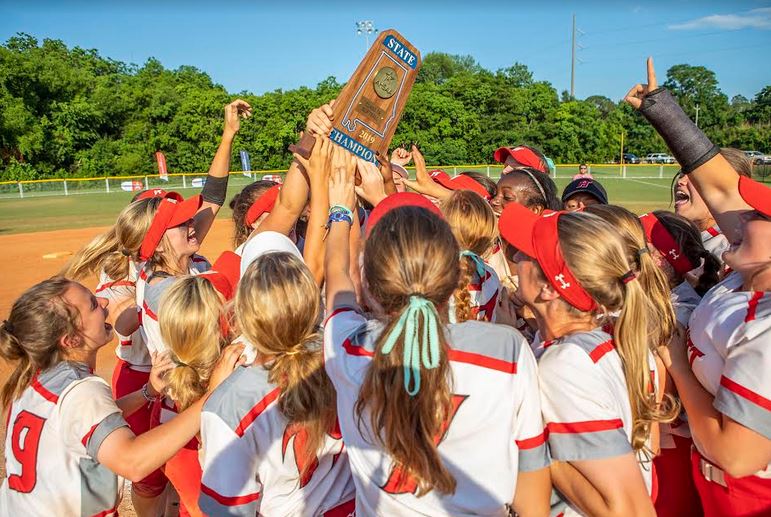 The Huskies captured their first state softball championship in May following a 44-15-1 season. Hewitt-Trussville claimed the crown after defeating Sparkman, 8-4, in the deciding game. 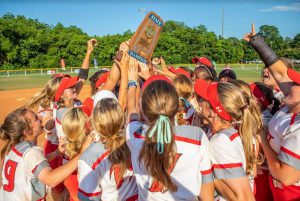 Huskies with the Trophy
Photo by Ron / Burkett Tribune

The Huskies lost their first game in the double-elimination tournament to defending 7A champions Fairhope but came back strong with wins against Central High School, Spain Park, Baker, Auburn and Sparkman. Since Sparkman had lost zero games before facing the Huskies, a second one was required to determine the winner of the state championship.

“It is pretty sweet,” head coach Taylor Burt said at the time. “That is something I dreamed about as a player, something I dreamed about as a coach. I think one of the things that I didn’t realize was that I love it for myself, but I love it 150 times more for them and that they get to experience it, and they get to do these amazing things and represent their city and their school and be the first.”

Hewit-Trussville softball player Crystal Maze was named the MVP for the game. She had one run, two hits and two RBIs.