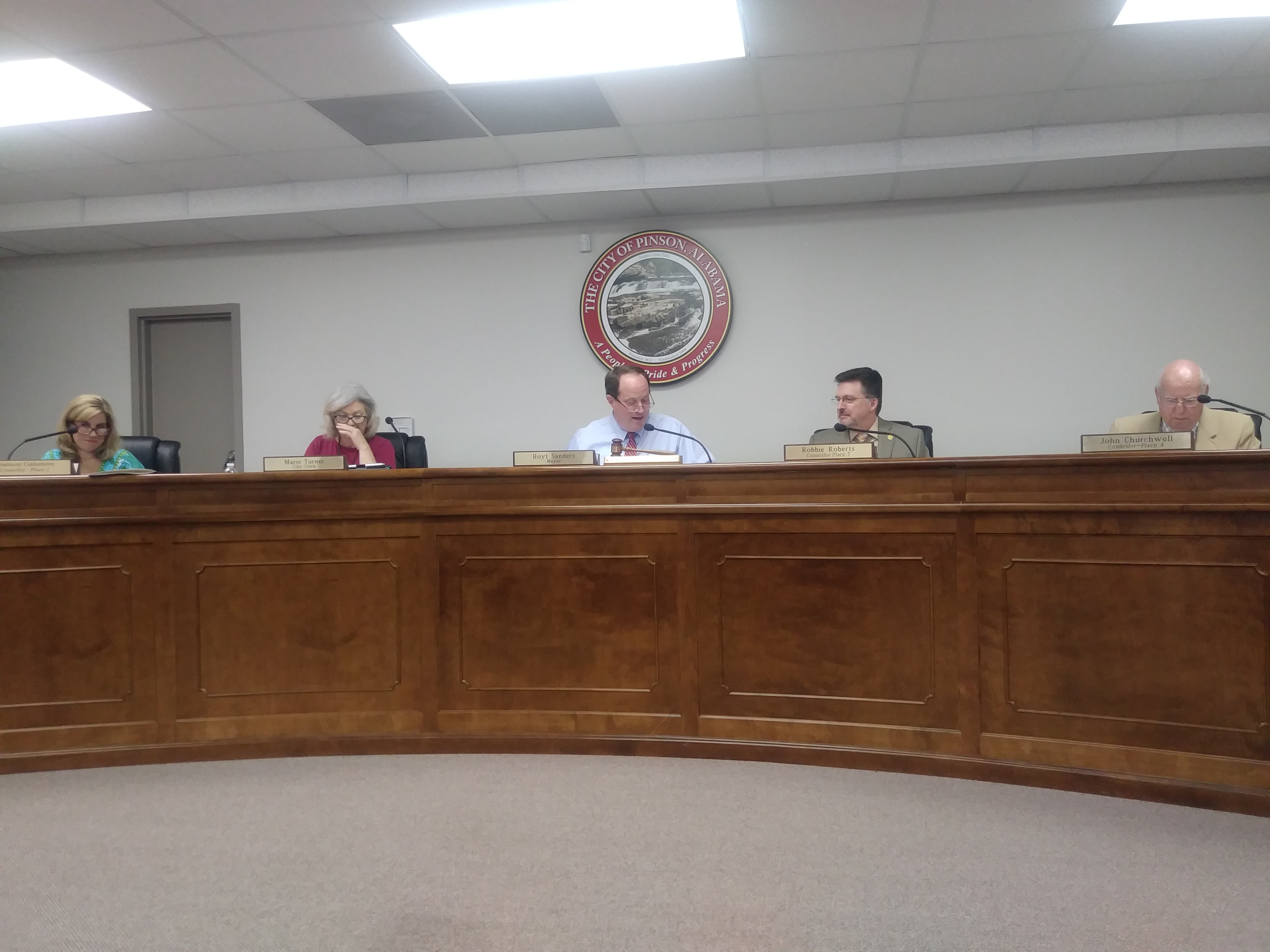 PINSON – The Pinson City Council passed a motion Thursday night to purchase assorted Christmas decorations for the city in the amount of $10,810. The decorations to be purchased include garland, pole wraps, wreaths and bows.

The council also passed a resolution to renew its contract with the Greater Birmingham Humane Society for animal control and pound services, as well as an ordinance to renew a taxable general obligation line of credit with Regions Bank for up to $500,000.

“Animals running at large, unlawful under the code of Alabama, cities accept the primary responsibility to take care of that situation as it’s become a public nuisance,” City Attorney Shane Black said. “What this is, is Jefferson County Commission issues the invitation for bid and those bids are turned over. The city, as I understand, is now a member of PACA (Purchasing Association of Central Alabama) and is able to participate in that. … This is not the first time the city, as y’all know, has entered into this … does not change the services; same level of services as has been in the past, for one-year contract.”

Mayor Hoyt Sanders added that cities in Alabama are obliged to help the county pay for pound services.

Concerning the line of credit renewal, Sanders said that increasing the existing line of credit up to $500,000 would not be much more expensive for the city, and that the term of the contract was extended from a one-year term to a two-year term.

“Going to a two-year term obviously saved processing cost and was just more efficient than us to revisit this every year,” Sanders said. “I really wish they’d go longer, but two years is better than one, of course.”

“(Solid Rock Church) will be celebrating their 25th anniversary, basically, on Oct. 13,” Councilor John Churchwell said. “This is to recognize them with a resolution.”

The resolution states that “Solid Rock Church is celebrating twenty-five years of existence in our community, and … has been an outstanding partner in the Pinson Community by assisting with city and community events, ministering to those in need, and volunteering at City of Pinson events … Solid Rock Church has experienced substantial growth and continues to positively impact the lives of Pinson residents … Now Be It resolved that the Mayor and Council of the City of Pinson desire to recognize Solid Rock Church for their outstanding work and dedication to the Pinson Community.”

Center Point Fire Chief Gene Coleman said that the fire department will be staffing additional crews for the anniversary celebration on Sunday, Oct. 13.

“The crowds are estimated to be fairly large,” Coleman said. “People coming in from numerous areas and some popular singers, is what I’ve been told, for their program.”

Coleman also presented the mayor and council with the fire department’s 50-year annual book, which commemorates 50 years of the Center Point Fire District in photographs. The department celebrated its 50th anniversary in 2018. 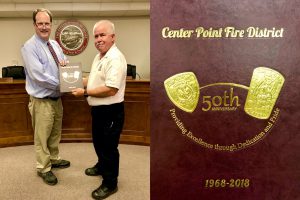 “It shows a little history of the department, some pictures,” Coleman said. “We’re going to bring another one over to the library staff and put one there, too. We appreciate y’all supporting the things that we do each and every day. It’s an honor to serve the cities and citizens. Keep a beep where you sleep, close the door where you snore; 911 is our number, we make house calls.”

The next meeting of the Pinson City Council will be Thursday, Oct. 3, 2019, at Pinson City Hall. Pre-council begins at 6:30 p.m. and the regular council meeting begins at 7 p.m.