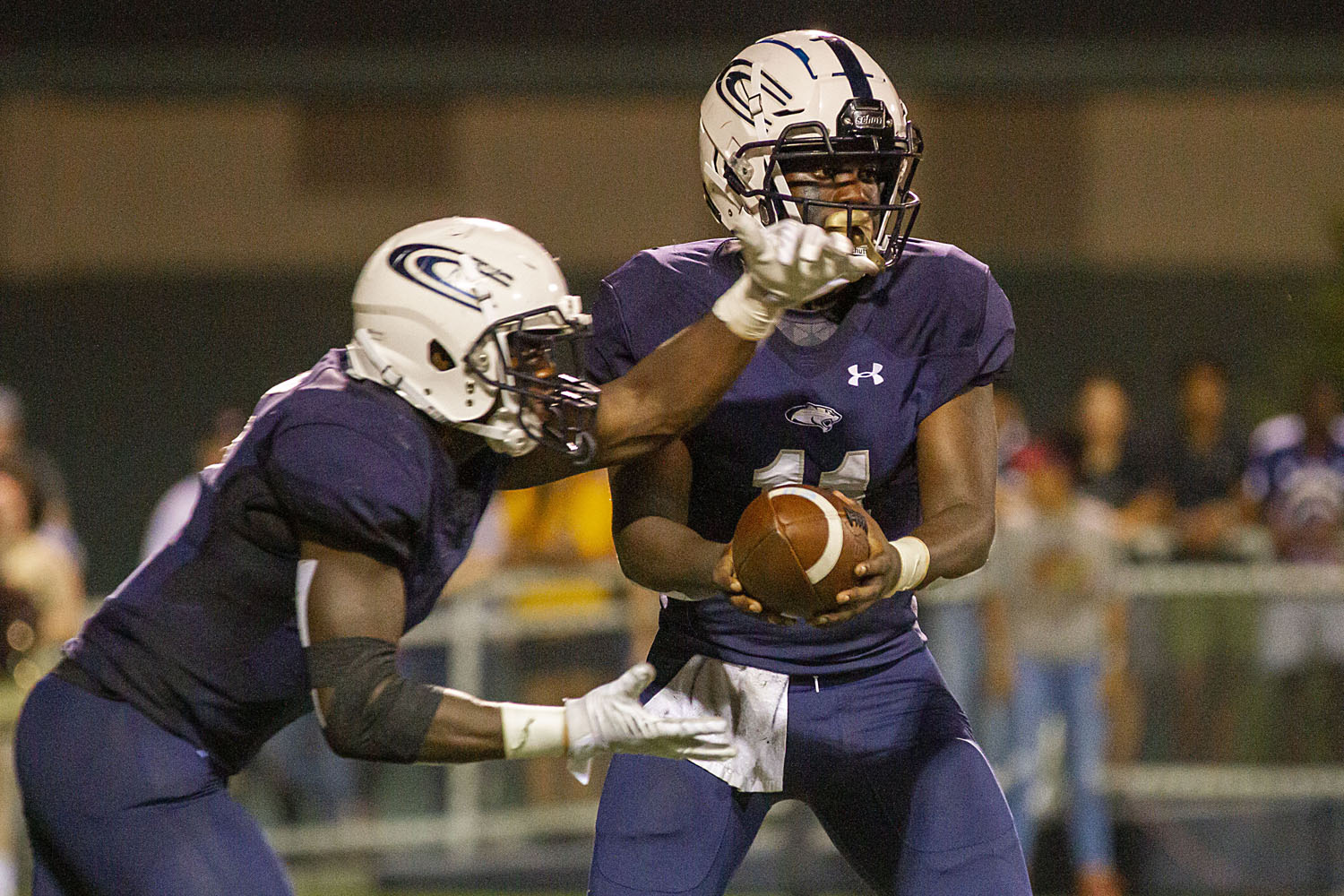 CLAY — It was homecoming night in Clay, Alabama, and Clay-Chalkville and Gardendale put on an absolute show in this clash of crosstown rivals. Clay-Chalkville entered the contest at 3-1 (0-1 in the region), looking to rebound against an undefeated Gardendale team that had been successful against four teams who had a combined four wins coming into this week. Gardendale had never beaten Clay-Chalkville, until tonight.

“We can’t make the mistakes that we made and that’s what it really comes down to,” Clay-Chalkville head coach Drew Gilmer said after his team lost its second straight contest, 38-35. “In a game like this, you can’t make mistakes. When you make mistakes, you get beat.”

Gardendale went to work early in the game, scoring the first points after just two minutes of play with a 41-yard pass from quarterback William “Goose” Crowder to receiver Latravious Sanders. The successful PAT made the game 7-0 Rockets and it looked it would be a long night for the Cougar defense; however, those were the only points that would be scored in the first quarter. That would not set the precedent for the rest of the night.

DJ Ward got his scoring night started with a 5-yard touchdown run up the middle on a third and goal. Kaniji Chandler returned the proceeding kickoff for 97 yards and a Gardendale touchdown to give them the lead, 14-7.  Gardendale wasted no time getting on the board once again with a pass from Crowder to Chris Boone for 52 yards and another Rocket touchdown to put them up, 21-7.

The crowd might have been a bit deflated, but the hometown team was not ready to give up. At this point, Ward took over.  With four minutes left in the half, Ward kept the ball on an RPO and took it 53 yards for a Clay-Chalkville touchdown to cut Gardendale’s lead to 21-14. On the next drive, Clay was able to hold Gardendale to three-and-out. Once again, the Cougars drove the ball down the field and Ward hit a diving Edward Osley IV for a touchdown to even the game at 21-all.

“DJ played good,” Gilmer said. “He did what we wanted him to do.  He led us and moved the ball for us.”

The fireworks would get started early in the third quarter as the Cougars’ Marquarius White took the opening kickoff of the second half and returned it 88 yards for a touchdown and gave the Cougars their first lead of the night. Ward added to his stellar night with a 5-yard touchdown run to put the home team up by two touchdowns. Just like Clay in the second quarter, the Rockets found themselves on the ropes, but Gardendale would not stop fighting. With only 31 seconds left in the third quarter, Crowder found Kendale Allen Jr. for a 28-yard touchdown strike to close the gap, 35-28.

Gardendale, refusing to go away, began the last period of the game by stopping Clay and forcing a punt. On the following drive, Sanders punched it in from 8 yards out to tie the game at 35-all. It seemed like everyone thought we were headed to overtime, but the Rockets had other plans. Finding holes in the Clay defense, Gardendale took the ball down the field, winding up at the 15-yard line with 1.9 seconds left to play. Landon Erbrick lined up for the field goal try and booted it through for the win.