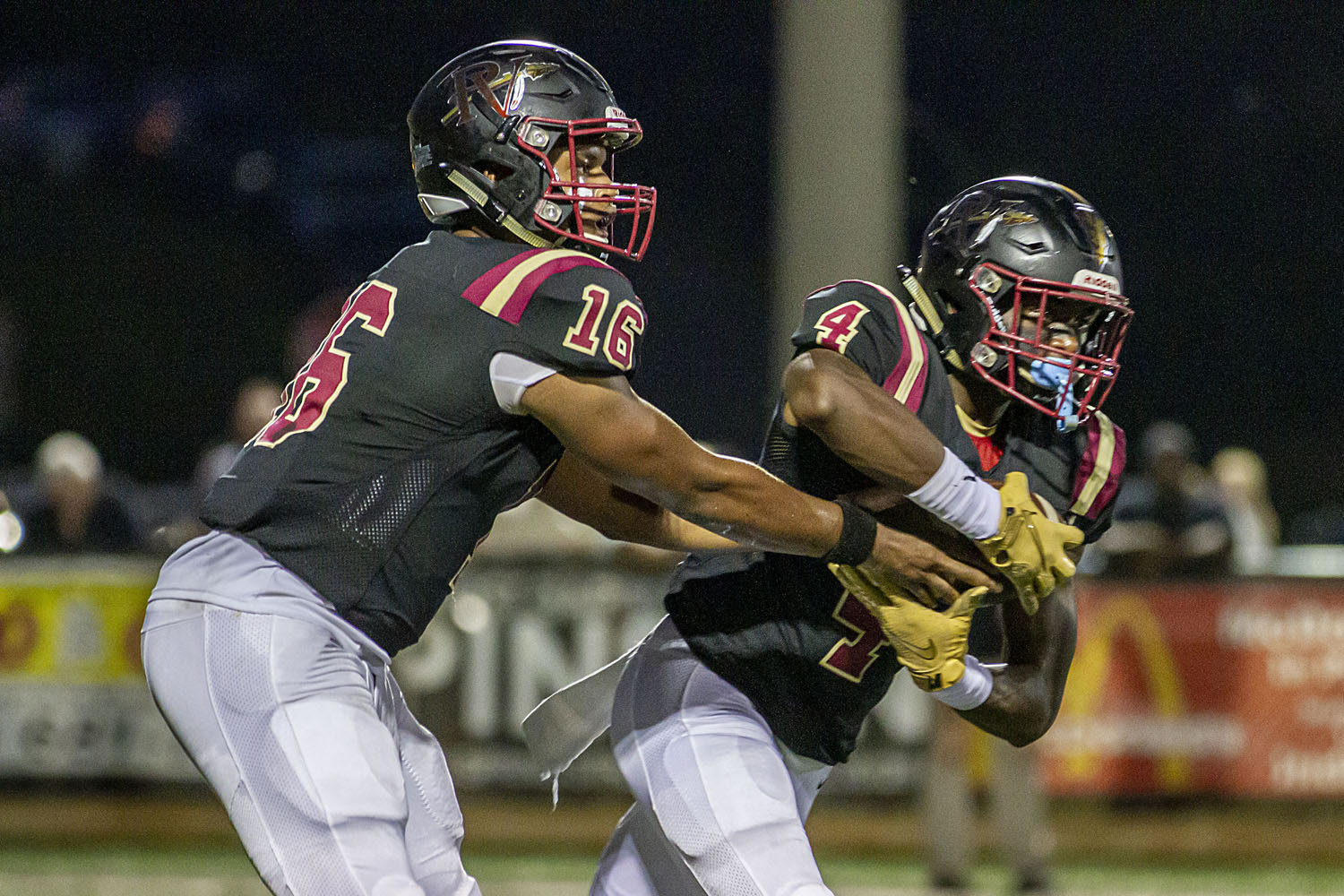 The resurgent Center Point Eagles return to the field this Friday to face winless St. Clair County in a clash of Class 5A Region 5 foes. The Eagles are riding a two-game winning streak and remain undefeated (2-0) in the region.

Center Point made easy work of fellow region resident Munford, 32-12, this past Friday in the second week of region play for both teams. The Eagles have every intention of pushing their winning streak to three games when they travel to face the beleaguered Fighting Saints. The Eagles will wrap up their season with five out of their final six games on the road.

St. Clair County enters the contest 0-4 and has been outscored 42-147 this season. It fell to Mortimer Jordan, 49-7, this past Friday, which is a team that Center Point defeated in week three. Read more…

It was the best of times before it quickly became the worst of times for the Clay-Chalkville football team. The Cougars strutted into Cougar Stadium this past Friday riding a three-game winning streak to face a Pinson Valley team that had rode a wave of inconsistency up until that point.

If season records could talk, then the Cougars’ 3-0 record spewed nothing but lies. Other than a solid thumping of Dothan, 37-14, in the season opener, Clay-Chalkville has suffered through penalty/turnover-plagued outings and stuttering offensive performances. The latter burst to the surface during week two of the season against James Clemens.

Even though the Cougars escaped with a win, the first three quarters of the game were disastrous for Clay-Chalkville. Were it not for the heroics of Damione Ward and a defensive stand to end the game, the Cougars would have lost. Against Park Crossing in week three, Clay-Chalkville recorded just one touchdown and relied on the sure-footed Jaren Van Winkle to kick the Cougars to victory.

The Cougars accounted for 284 total yards with seven penalties and just 83 rushing yards against Park Crossing. This came against a team that had opened the season without scoring a touchdown against Lee Montgomery.

Against region opponent Pinson Valley in week four, the Cougars recorded 133 yards of total offense. Ward went 5-for-16 for 55 passing yards. Pinson Valley held the Cougars to just three first downs in the second half. The Indians won, 31-7.

Granted, Pinson Valley entered this season ranked No.1 in the region, but few expected the Indians to remain at the level that they had played at these past two seasons, especially with their former starting quarterback now accumulating wins at Auburn. As a result, nobody expected the Cougars to go belly up the way they did with the past two meetings having been so close — Pinson Valley won both contests in 2018 by seven and eight points, respectively.

Clay-Chalkville now has a chance to cast aside the storm clouds with region opponent Gardendale coming into town. Though undefeated, the Rockets’ record spews even more lies than Clay-Chalkville’s did; Gardendale enters 4-0 (2-0 in Class 6A, Region 6), but its wins have come against inferior opponents. Read more…

The Tigers of Springville have fallen on hard times. After a stellar start to the season, Springville (2-2, 0-2) has lost two consecutive region games and now resides amongst the dredges of Class 5A Region 5.

However, not all hope is lost.

Springville returns home this Friday to face a Munford team that sits just below the Tigers in Region 5. Springville typically has made easy work of the Lions. The Tigers defeated Munford, 45-14, in 2018 and hold a 4-1 record overall.

After battling through consecutive matchups against teams atop Region 5, Sylacauga and Central Clay County, the Tigers now have a chance to catch their breath before they hit the road for three straight weeks. Munford enters the contest in much the same way as Springville. The Lions have lost two consecutive games to region opponents and sit at 1-3 (0-2) on the season. Read more…

Hewitt-Trussville returns to the field this Friday with Class 7A Region 3 opponent Spain Park making the trip over from Hoover.

The Huskies are looking to rebound from a disorienting final three quarters in the 28-14 loss to Hoover this past Friday. The Jaguars, on the other hand, are looking to quell a three-game losing skid that culminated in a 56-49 loss to Mountain Brook this past week.

With the loss to Hoover, Hewitt-Trussville temporally squelched those that called for the Huskies to be knighted amongst the top of Class 7A along with the likes of Thompson, Mountain Brook and Hoover. With a plethora of underclassmen roaming the field for the Huskies, and a rash of injuries, Hewitt-Trussville instead succumbed to a swarming Buccaneers’ defense following a blazing start offensively. The victory for Hoover dispelled the notion that it just wasn’t at the level of top teams in Class 7A following a heartbreaking loss to No. 1 Thompson, while the defeat for Hewitt-Trussville highlighted the struggles of the offense against teams with a quality defense.

In this week’s matchup, Hewitt-Trussville welcomes a Spain Park defense that has allowed 44 points per game through four games this season. Read more…

Oh, to be the Oxford High School football team. The 2019 season has proven to be quite fruitful for the Yellow Jackets. Holders of one of only two undefeated records in Class 6A Region 6, Oxford (4-0) has blazed through its first four games of the season. The Yellow Jackets have scored over 40 points in each game and have held opponents to just nine points per game.

The point spread for Oxford this season is ridiculous: 180-34.

Now, before you drool over the fluff, let’s dive into the real numbers behind Oxford’s dominance this season. At first glance, the Yellow Jackets have made easy work of each opponent. But starting with Munford in week one, the red flags start flying.

Through four games, Munford is 1-3 and owner of the second-worst defense in Class 5A Region 5. The Lions have given up an average of 32 points per game. In addition, they have the third-worst offense in the region. Read more…