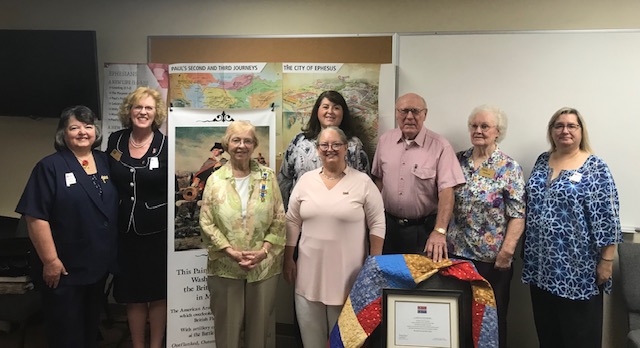 Quilt of Valor presented to Vietnam War veteran in Trussville

TRUSSVILLE — The Josiah Brunson Chapter of the National Society Daughters of the American Revolution presented a Quilt of Valor to a Vietnam War veteran at First Baptist Church in Trussville.

Corporal Robert “Bob” Wood served the country as a United States Marine. Wood is retired and recently celebrated the 60th anniversary of his platoon’s graduation from boot camp in 1959. He and his wife went on a trip to the Parris Island Marine Corps base for the occasion. 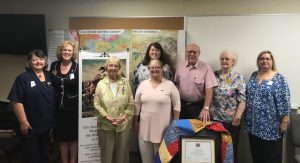 The National Society Daughters of the American Revolution is a non-profit, non-political, volunteer service organization, open to all women 18 years of age or older, who can prove direct lineal descent from a patriot who supported the cause of American freedom.  Their goals are to support historic preservation, further education, and encourage patriotism.  For more information go to www.dar.org.