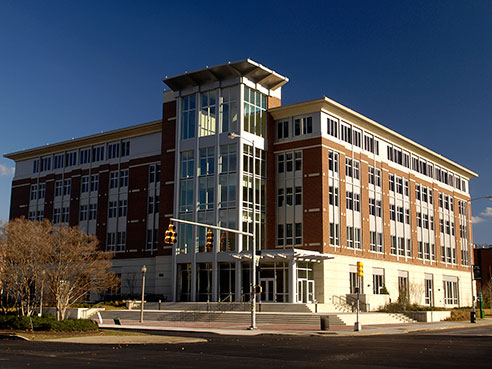 University of Alabama-Birmingham Photo via uab.edu

TRUSSVILLE — The University of Alabama at Birmingham updated Trussville City Schools on the performance of Hewitt-Trussville graduates attending UAB.

Hewitt-Trussville High School principal Tim Salem said, during a Board of Education workshop session, the report was on 2018 graduates.

“UAB has the largest percentage of our students,” said Salem. “This report was on all 49 students in 2018.”

“It looks like our students are doing better than the other freshmen in the areas of chemistry and English composition,” said Salem. “Overall they are successful in college and we are very pleased.”

The HTHS graduates at UAB are majoring in biology, chemistry, engineering, nursing, art and education.

“We’re rolling through this notion of asking our students to major in education and come back to Trussville to get ahead of a teacher shortage,” said Neill.

Salem said he foresees more students being drawn to UAB, as the campus expands with a new academic building and a new resident hall.

“UAB is growing exponentially for the third year in a row. Their freshman class has increased by 5% every year,” said Salem. “I think we are going to continue to see a trend of our students choosing UAB as they make things more appealing to families.”