TUSCALOOSA COUNTY — A Northport man, who worked as a substitute teacher at Hewitt-Trussville Middle School, pleaded not guilty to five charges of possession of child pornography.

Justin Hrin Stegall, 23, signed the filing for a not guilty plea and waiver of arraignment, on Sept. 26, in the Circuit Court of Tuscaloosa County, according to court documents. 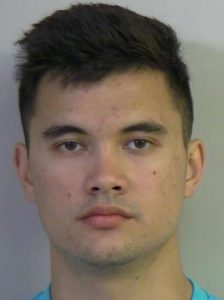 The attorney representing Stegall was not immediately available for comment.