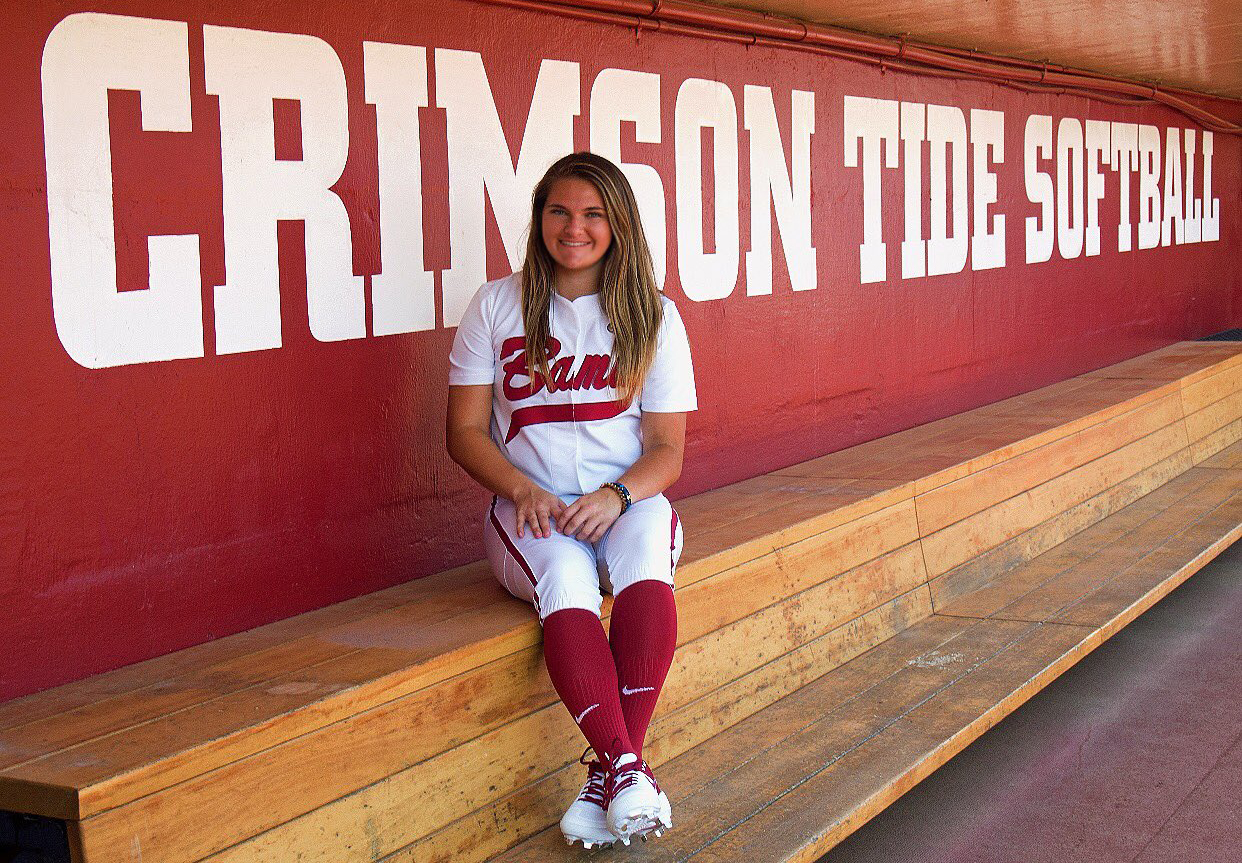 TRUSSVILLE — Just over a month removed from packing up shop in central Florida and making the move northeast to central Alabama, Jenna Lord — one of the newest members of the Hewitt-Trussville softball team — has already set her eyes on her next destination: Tuscaloosa.

Lord, a 2019 MaxPreps Sophomore All-American, announced her commitment to the University of Alabama this past weekend.

“I talked to so many people about the opportunity to play there,” Lord said of Alabama. “Each time I talked to them, I asked them what their favorite thing about it and they always say the coaches. I was obviously intrigued by that. I then fell in love with the staff. They’re amazing people. They recruit so well. They go through such a particular process.” 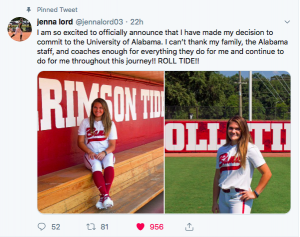 Alabama was not the only program that Lord has visited throughout these past few months. She went on several official visits to Ohio State, UAB and Clemson, but it was her visit with the Crimson Tide this past week that sealed the deal.

Lord joins a plethora of Husky players who have committed, or have verbally committed, to play softball collegiately. Lord’s arrival follows a season in which Hewitt-Trussville captured its first state softball championship this past May following a 44-15-1 season. The Huskies claimed the crown after defeating Sparkman, 8-4, in the deciding game.

Hewitt-Trussville returns a team that is expected to contend for another state title. Among those players that have committed to play in college are: senior Abigail Dorsett, who is a verbal commit to Samford University. She plans on signing during the fall signing period. The center fielder capped a 2019 season in which she hit .267 with 15 RBI and 20 hits with an excellent state tournament. 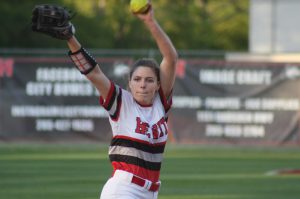 Senior Kaitlyn Hughes verbally committed to South Alabama in August. Hughes, a pitcher, has gone 17-4 in three years for the Huskies. She has allowed just four homeruns and has struck out 97 in 137.2 innings pitched; Junior Anyce Harvey is a verbal commit to Middle Tennessee State. The short stop/utility player, who also plays basketball for the Huskies, has been a force at the plate. Through two seasons, Harvey is hitting .384 with 64 RBI and nine homeruns. She also was part of a 2018-19 girls’ basketball team that reached the AHSAA Final Four; Junior Madi Mitchell is an early commitment to Birmingham Southern.

With a roster compiled of future collegiate players, Hewitt-Trussville will be a force to reckon with next season. The Huskies’ championship aspirations would be icing on the cake for Lord after falling just short this past year. Lord helped lead Sunlake High School to a 24-3 record and claimed its first Class 7A, District 10 title.

In that 2019 season, Lord hit .542 with 44 runs, 46 RBI with 13 home runs. She was named the Miracle Sports 7A Offensive Player of the Year. She was also named to the Tampa Bay Times’ First-Team All-Tampa Bay and First-Team All-North Suncoast after finishing the season tied for most home runs in the state and finishing in the top 10 in RBIs.

Training has already kicked into high gear for the Huskies, and Lord already feels at home with her new team.

The training will continue for the Huskies as fall bleeds into winter. Come spring, Hewitt-Trussville will open the 2020 season as the reigning state champions with a roster loaded with talent and its eyes set on bringing home another crown.