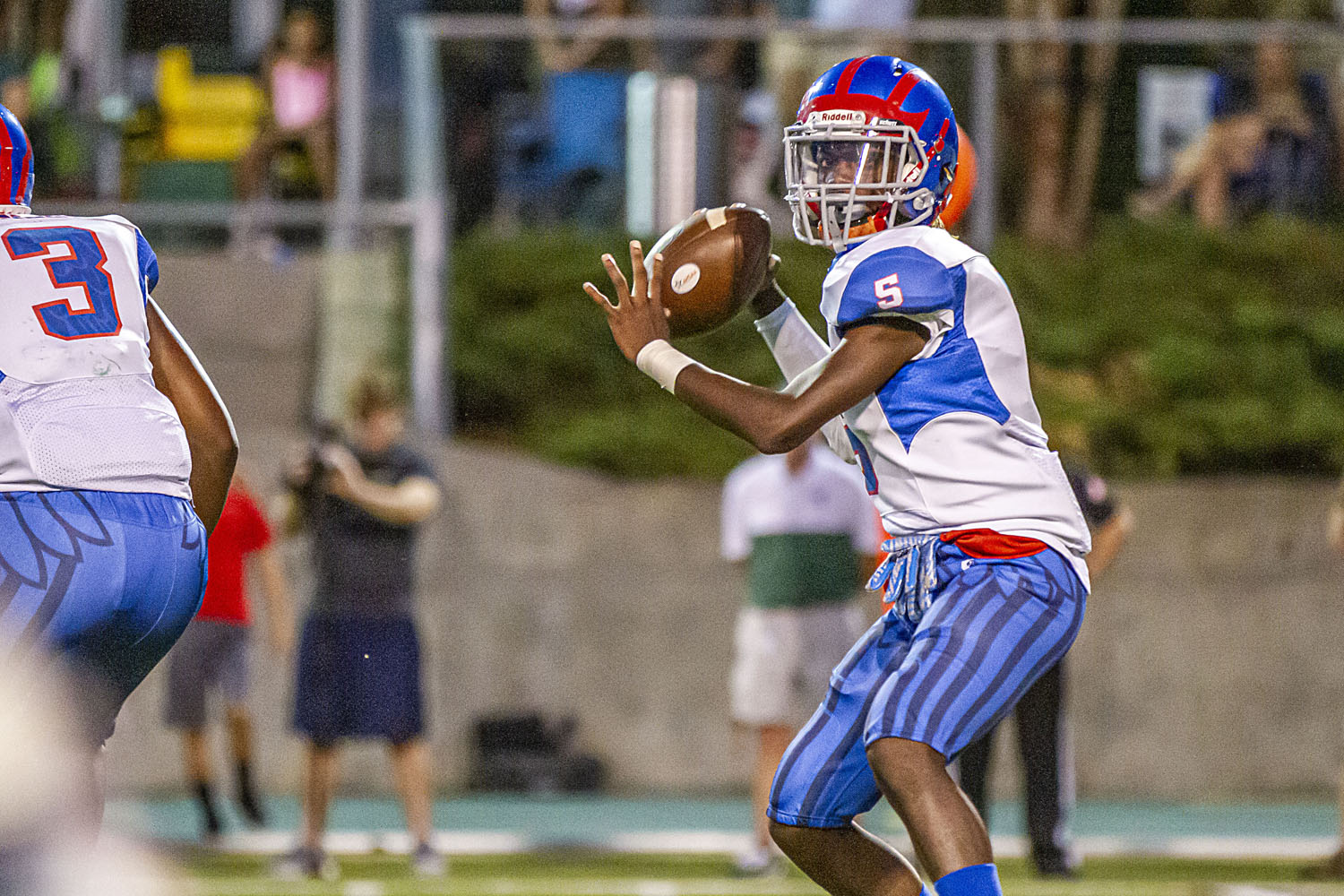 CENTER POINT — In a clash of the two closest teams in terms of proximity in Class 5A, Region 5, it was the Center Point Eagles that picked up the win, 40-7, over the visiting Springville Tigers on Friday night.

The win for Center Point clinches a playoff spot in the AHSAA Class 5A playoffs, its second appearance under head coach George Bates in as many seasons.

“We think Center Point High School should always make the playoffs,” Bates said. “That wasn’t the goal for us this year, but it gets us to where we want to be. Right now, we want to be No. 1 in the region.”

Jayson Jones got the scoring started for the Eagles. Jones broke multiple tackles on what looked like a broken play before getting free and going 37 yards for the Center Point touchdown. The Eagles’ defense would force Springville to turn the ball over on downs on two of its first three possessions.

During the next Springville possession, things got strange in Center Point. The scoreboard went dark. After a short attempts to fix the scoreboard, the officials decided to keep the clock on the field. Center Point would pick up right where it left off as a Pearson Baldwin pass was deflected at the line of scrimmage and intercepted by Anterrius Craig, who returned it for an Eagles defensive touchdown. RJ Orr would add fuel to the fire as he reeled in a touchdown pass inside of a minute remaining in the first half to extend the Center Point lead to 34-0.

“It kind of sucks the life out of you,” Bates said about the scoreboard going kaput. “You don’t know how much time is there. The refs did a great job of keeping it on the field, but from the fan perspective, the coaches perspective, it throws you off.”

The second half of the game was like the second quarter, the only difference was the Springville Tigers would play a much better, cleaner half of football. The Tigers defense held the Eagles scoreless in the third quarter. Joshua Simmons got the Tigers on the scoreboard late in the fourth quarter to prevent the Eagles shutout. The touchdown, a 3-yard run, extended Springville’s consecutive game scoring streak to 17 games.

“Springville fought to the end,” Bates said. “That’s what solid teams do. We’ve got to do better about finishing.”

One of the underlying story lines of this game was the senior class for Center Point: Anterrius Craig, DeCarius Hawthorne, Devin Maghoumbou, Gerry Marshall, Javon Davis, Leon Silmon, QuanDarrious Roberts, Roderick Orr and Tyrese Murphy all started playing for Center Point High School as freshmen in 2016. As freshmen and sophomores, they suffered a record of 1-19 overall and 0-12 in region play. As juniors and seniors, they have helped guide a turn-around that has seen the Eagles go 11-6 in the regular season, 9-2 in region play and qualify for consecutive playoff appearances and consecutive winning seasons for the first time since 2010-11.