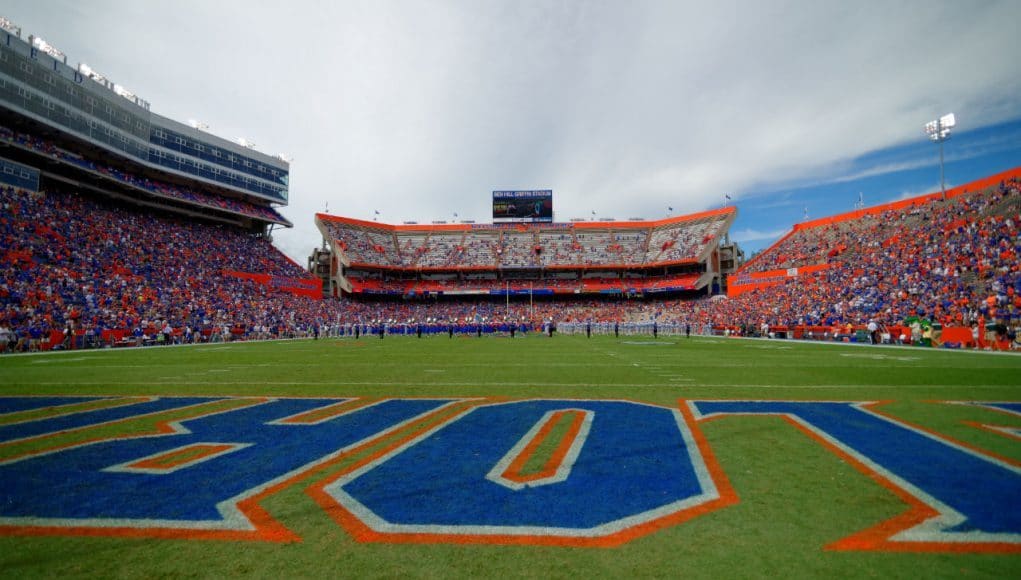 GAINESVILLE — Lamical Perine ran 88 yards for a touchdown in the fourth quarter, Florida’s defense delivered another gem and the No. 10 Gators beat seventh-ranked Auburn, 24-13, in the Swamp on Saturday.

Perine broke linebacker K.J. Britt’s tackle at the line of scrimmage and scampered down the sideline for the program’s longest TD run in more than 30 years. It gave the Gators (6-0, 3-0 Southeastern Conference) extra breathing room in a game they never trailed.

The biggest reason they led throughout: defense.

Jon Greenard and David Reese were the stars of the show for Florida, which has given up a measly 16 points in four home games this season.

Nix completed 11 of 27 passes for 145 yards for Auburn (5-1, 2-1), with a touchdown and three interceptions. He was sacked three times, once for a 22-yard loss in which he looked completely lost.

Florida’s Kyle Trask was equally turnover-prone, although much more efficient through the air. He was seemingly knocked out of the game in the second quarter when Auburn star Derrick Brown landed on his left leg. Trask eventually walked to the locker room with no assistance and returned to a raucous ovation.

He completed 19 of 31 passes for 234 yards and two touchdowns. He also fumbled three times.

Mullen also was visibly upset after running back Dameon Pierce was knocked out of the game early on a helmet-to-helmet hit by Britt. Mullen challenged the play, but officials eventually told him it couldn’t be reviewed for targeting.

The first half was wild, complete with five turnovers, a questionable fourth-down call and the two injuries that riled up Mullen. During one seven-play stretch spanning the first and second quarters, there was a muffed punt, a sack/fumble and an interception.

Auburn: Nix showed signs early that he was in for a long day. The 90,500-plus on hand made it difficult for him to hear, forcing him to relay play calls individually to every member of his offense.

Florida: The Gators have a defense capable of winning a championship. They’ve got the ideal combination of rush and cover to give any opponent fits.

Auburn gets a week off before playing at Arkansas. The Tigers have won three straight and five of the last six in the series.

Florida plays at No. 5 LSU next Saturday night. The Tigers have won four of the last six and six of nine in the series.