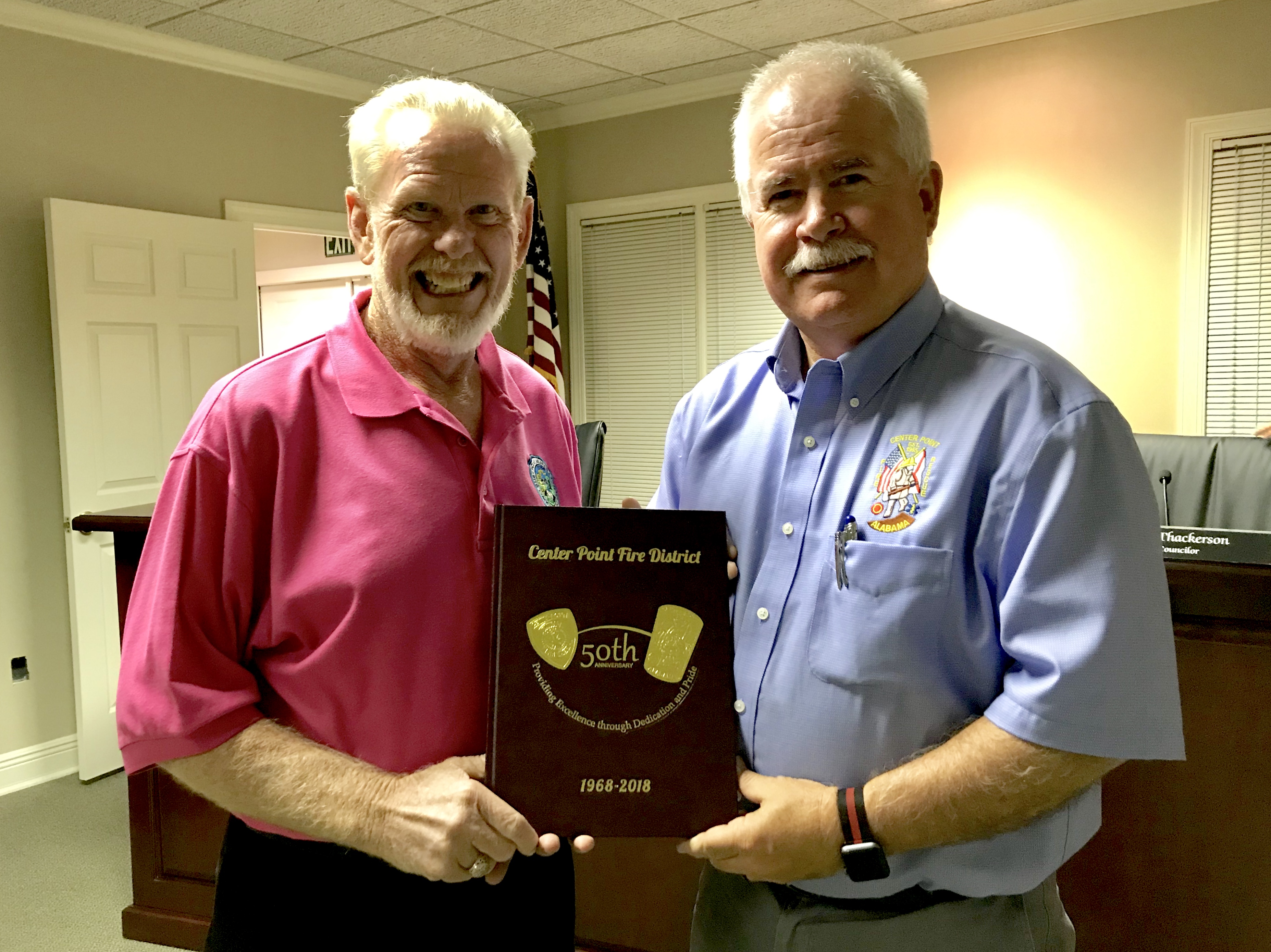 The fire district celebrated its 50th anniversary in 2018 and the book commemorates those 50 years in photographs. Coleman also provided a second copy of the book for the Clay Public Library. 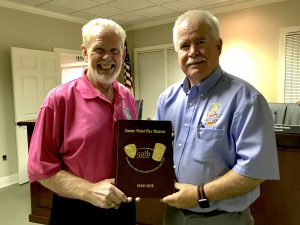 “Y’all remember about a year ago we talked about the 50 year anniversary of the Center Point Fire District; there was a yearbook published that we finally received,” Coleman said. “We’d like to present that to the city of Clay, one for the administration here and then one for your library.”

Coleman also reminded the council that this week is Fire Prevention Week.

As always, Chief Coleman reminded the council and those in attendance to “keep a beep where you sleep, close the door where you snore, 911 is our number and we still make house calls.”

During the pre-council session, CPFD Logistics Director Chris Horn announced that the fire district’s brand new pumper fire truck, which will be stationed at Fire Station 4 in Clay, will be unveiled at the Clay-Chalkville High School football game on Friday night, Oct. 11, 2019. The unveiling will happen during halftime in the end zone closest to the concession stand.

“I’d love for all of y’all to be there,” Horn said. “We’re going to do that at halftime because that’s Senior Night. We can’t interrupt Senior Night.”

City Manager Ronnie Dixon informed the council that the Pinson mayor and city council discussed during its last council meeting that they were interested in the Clay-Pinson Chamber of Commerce, once again, making pink bows available for businesses in the cities of Clay and Pinson to purchase and display during the month of October in honor of Breast Cancer Awareness Month.

“We’ll have those available starting next Monday,” Dixon said. “They will be $10, and between Clay and Pinson, we’d like to see all the businesses put those bows on their doors.”

Councilor Dennis Locke announced the $500 School Grant winners for the month of September:

Clay Elementary School – Rebekah Ferguson, a third grade teacher, plans to purchase two Chromebooks for use in her classroom.

CCMS – Angie McGowan, a special education, inclusion and resources teacher, plans to purchase a standing desk for two and an iPad for her classroom.

CCHS – Julie Crouch, a self-contained special education teacher, plans to purchase items necessary to set up a sensory corner in her classroom, including beanbags, puzzles, blocks and other items.

Locke also announced that ClayFest will be Nov. 2, 2019, from 5-7 p.m. Additionally, Dixon said that the city’s fall decorations this year have been delayed and may be limited due to the drought.