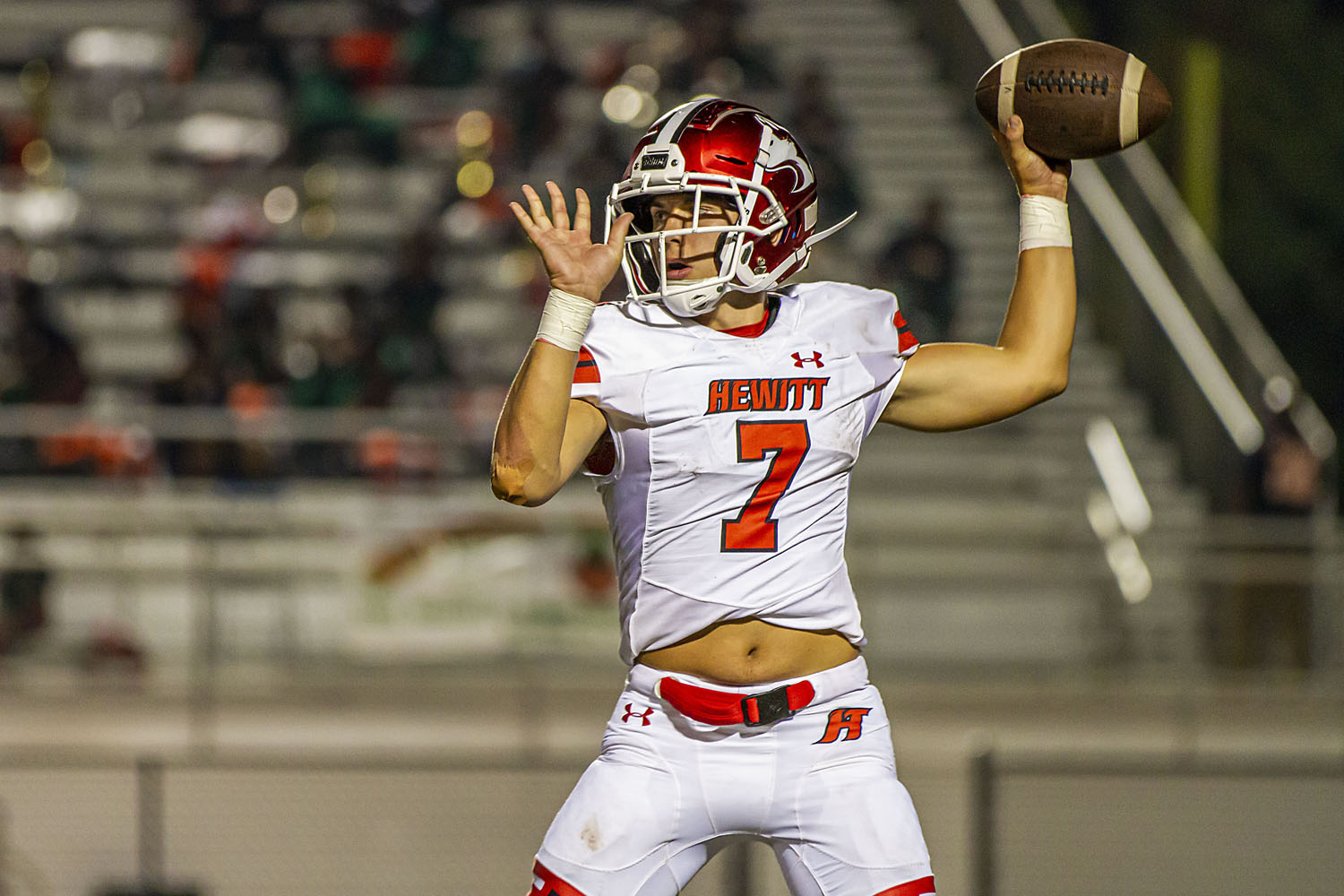 TRUSSVILLE — Hewitt-Trussville’s loss to Vestavia Hills this past week all but assured the possibility that the Huskies’ streak of six consecutive playoff appearances has more than likely come to an end.

The last time Hewitt-Trussville missed the playoffs was during a 2012 season in which the Huskies finished 4-6, 3-4.

At the moment, Hewitt-Trussville sits 1-3 in Class 7A, Region 3, which is good for fifth place behind both Vestavia Hills and Hoover. The two teams sit at 3-1 in the region and both have defeated Hewitt-Trussville this season. For the Huskies to have a chance and jump into the fourth and final playoff spot, the Bucs and Rebels will have to lose all three remaining region games, and the Huskies will have to win out. Spain Park will need to lose one of its final three region games to make that scenario a possibility.

Hewitt-Trussville’s race to the finish collides with an undefeated Mountain Brook team that resides in the top five of Class 7A in the updated Alabama Sports Writers Association football poll. The Spartans are coming off a 42-14 victory over Oak Mountain. In the win, quarterback Strother Gibbs rushed for 162 yards with three touchdowns. Gibbs also threw two touchdowns and went 8-for-12 for 117 yards.

The Huskies enter Friday’s matchup following yet another last-second loss. Two of Hewitt-Trussville’s most recent losses have come on plays within the final few minutes. Against the Rebels, Hewitt-Trussville was driving for the go-ahead score with just over a minute left in regulation.

With the ball at the Rebel’s 28-yard line, quarterback Cade Ott Carruth was hit hard and was forced to leave the game. Jackson Holland came in his stead and proceeded to throw an interception within the 20-yard line that sealed Vestavia Hill’s victory. Carruth had thrown for 142 yards and two touchdowns on 15-of-20 passes before his departure.

The loss sent the Huskies to their third consecutive region defeat.

The road ahead remains just as difficult. After Mountain Brook, the Huskies travel to face winless Tuscaloosa County before returning home to conclude the regular season against No. 1 Thompson.

A victory for Hewitt-Trussville continues the hope that a playoff berth is still attainable, but a loss for the Huskies ends all playoff aspirations.