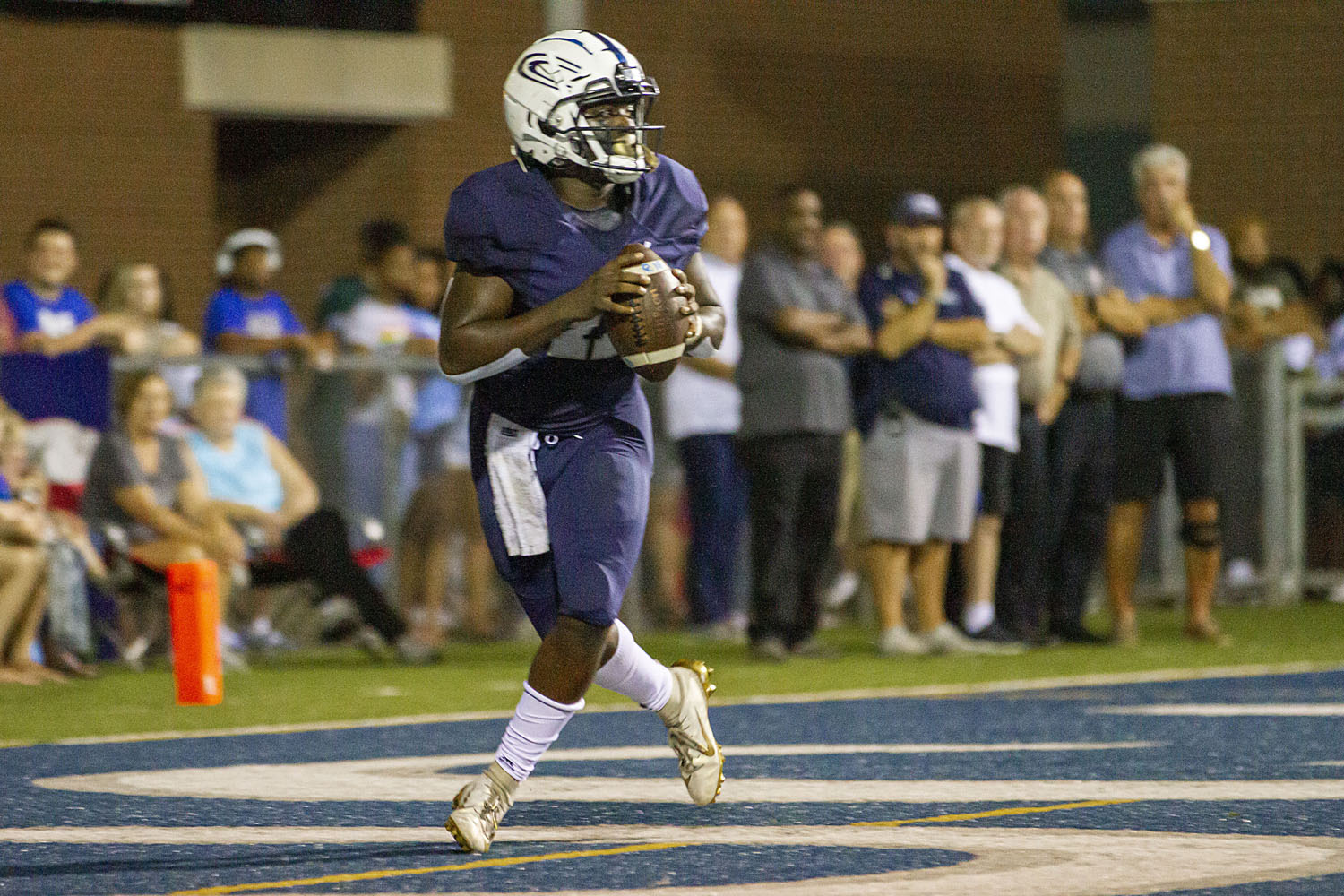 CLAY — Clay-Chalkville welcomed Pell City into Cougar Stadium on Friday and rode the momentum of a dominant win at Shades Valley this past week to a 49-0 victory over the Panthers on senior night.

“Not quite as fast of a start as we wanted,” Clay-Chalkville head coach Drew Gilmer said. “We stalled out in the first series, but after that, we really picked it up and were able to create some big plays offensively.”

The first quarter saw Clay-Chalkville dominate defensively and struggle to move the ball on its first drive until quarterback Damione Ward found Marquarius White for a 40-yard touchdown. On the next Cougar drive, Ward called his own number and scored on a run up the middle, placing his team up 14-0 with 2:53 to go in the quarter.

The Cougars continued the scoring early in the second quarter with Ward finding Jamichael Thompson for a 15-yard touchdown with 11:23 to go, making the score 21-0.

Not to be outshined, the Cougars’ defense stifled the Panthers all evening. The Clay-Chalkville defense was led by Leroy King III (7 tackles and a forced fumble on the night).

“The defense just played lights out,” Gilmer said. “… Our tackling was better and our communication was better. We just put the emphasis on being a physical football team, and we saw a lot of kids flying around making plays tonight.”

Clay-Chalkville held Pell City to a three-and-out on its first offensive drive of the second half. On the ensuing Cougars’ offensive possession, Ward found Hinkle for a quick strike. Hinkle then broke several tackles and won the race down the sidelines for another Cougar touchdown, 42-0. Clay would get the ball back and drive it down to the 23-yard line of Pell City before new quarterback Khalib Johnson found Tyler Hicks for a touchdown pass with just one minute left in the third quarter.

“They are a special group because of just the quality of young men they are,” Gilmore said. “They are super easy to coach because there are no egos. You don’t have to deal with any of that. They’re really good kids and really talented football players. That’s always fun.”