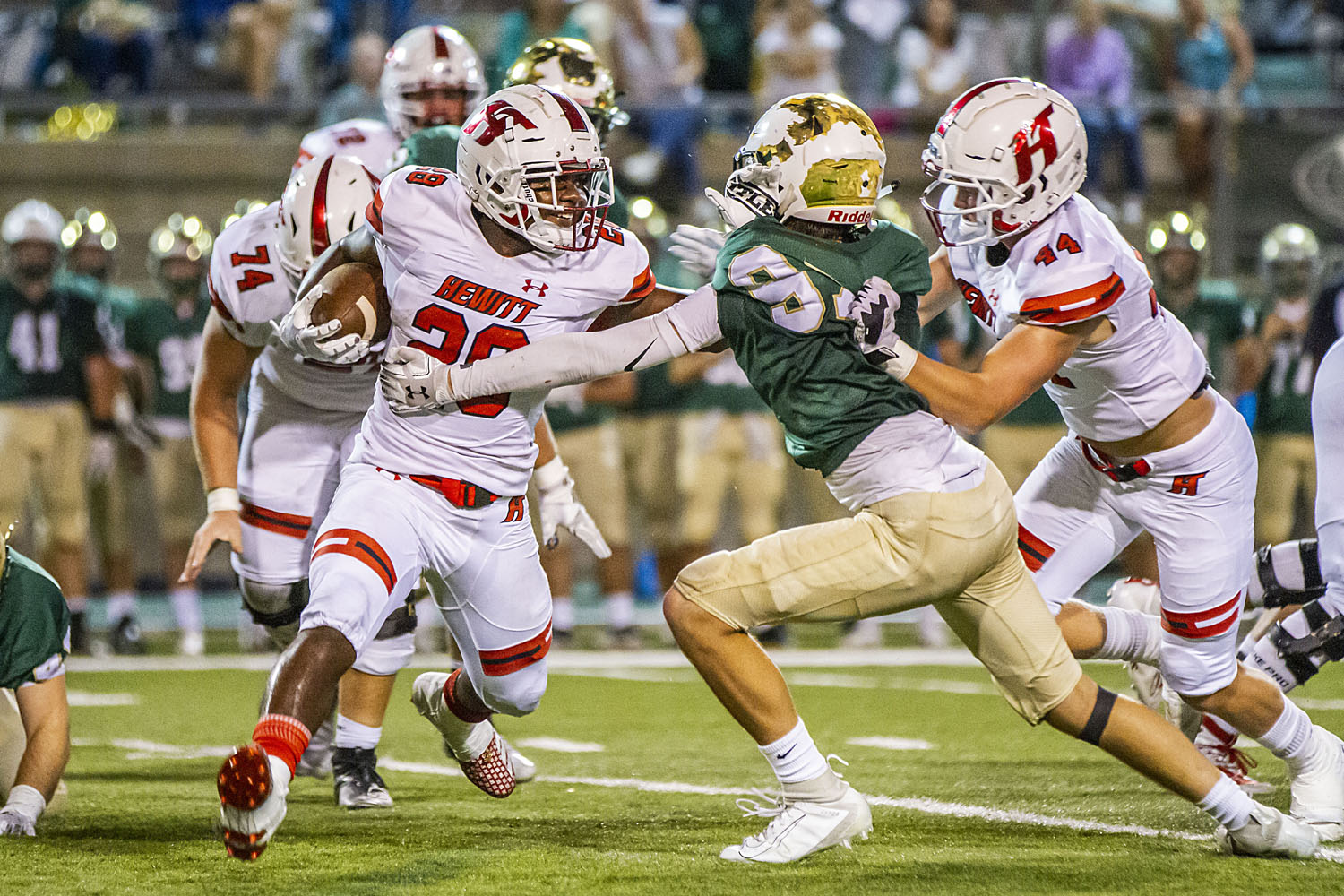 MOUNTAIN BROOK — Though the focus will understandably be on Mountain Brook’s surreal successful two-point conversion attempt that began as a fumble, morphed into a desperation heave and ended as a Hail Mary, the true turning point in the Spartans’, 11-10, victory over Hewitt-Trussville on Friday happened with just over seven minutes left in the game. 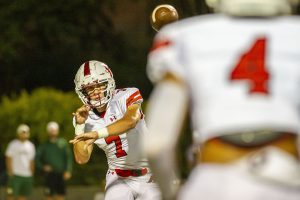 Nursing a 7-3 lead at the 7:50 mark in the third quarter, Hewitt-Trussville drove to within Mountain Brook’s 5-yard line. There, the Huskies set up shop with a first and goal. All the Huskies needed was 5 yards on four attempts to hammer the nail in the coffin. Unfortunately for Hewitt-Trussville, the Spartans’ defense was up for the challenge.

As a result, the Huskies were unable to pound the ball in as Mountain Brook’s Logan Brewer met running back Sean Jackson on third and two and drove him back 4 yards, effectively ending the drive. Instead of taking the risk and attempting a fourth stab at what would be the game-sealing touchdown, the Huskies opted to run out Jordan Lynn and stretch their lead to seven points. Her field goal attempt sailed through.

Now, instead of facing a 14-3 deficit against a Hewitt-Trussville defense that had caused the Spartans fits all evening, all Mountain Brook needed was just one possession to drive the field and either knot the game at 10-all or go for the outright win.

Mountain Brook did just that. Behind the arm of quarterback Strother Gibbs, the Spartans marched down the field and posted up in the red zone with less than a minute left; however, that game-winning drive nearly stalled a few plays earlier on a fourth and 9 with just under three minutes remaining, but Gibbs hit Jake Thompson for 10 yards to prolong the drive.

Thompson hauled in five passes for 70 yards on the night. Gibbs completed 13-of-17 passes for 144 yards.

With the ball within the 10-yard line on first down, it was now the Hewitt-Trussville defense’s turn to shine. And rise to the occasion the Huskies did as they proceeded to stand strong on three straight Spartan attempts.

However, the Huskies’ defense ultimately cracked on fourth and 6 with 13 seconds remaining as Gibbs hit Thompson in the endzone, which set up the game-clinching two-point conversion.

That conversion began as a handoff that turned into a wayward lateral to Paulson Wright. With the ball bouncing precariously towards the Hewitt-Trussville sideline, Wright snagged it mid bounce at the 20-yard line, gathered himself, and heaved a desperation pass into the endzone with five Huskies bearing down.

The ball floated in the air for what seemed like eternity before falling over three Hewitt-Trussville players and into the waiting arms of Thompson. And just like that, Mountain Brook adverted disaster to remain undefeated on the season.

The loss for Hewitt-Trussville buries a solid defensive performance against one of the top teams in Class 7A, Region 3. Throughout the night, the Huskies stifled Gibbs and shored up holes that limited the Spartan’s run game.

Also forgotten will be the drive in the third quarter that began with a 29-yard run by Jackson, prolonged by a 45-yard catch and run from quarterback Jackson Holland to Jackson, and culminated in a 2-yard touchdown run by Holland to give the Huskies their first lead of the game.

Holland completed 6-of-10 passes for 107 yards with one rushing touchdown.

“They played tough. They played really well,” Floyd said of his team. “Those guys did some great things. Sean played hard and ran hard. Jackson came in there and he’s the third quarterback to play. I couldn’t be more proud of our guys. They played their guts out. I’m proud of our kids.”

The loss for Hewitt-Trussville snapped a six-year playoff streak.