TRUSSVILLE — The city of Trussville is conducting a traffic survey after several residents living behind Cahaba Elementary School voiced concerns at a city council meeting on Tuesday, Oct. 8.

Bill Lundy was one of the residents who said his road is being used as a cut-through. Lundy is worried excessive speeding on Chickasaw Lane could lead to a child being hurt.

“We have several kindergarten through fourth-grade children living on the street and if, God forbid, they walk out in the street, there’s no time for a car to stop,” said Lundy. 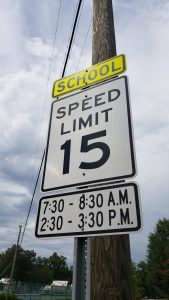 Other roadways citizens voiced concerns about are Seminole Lane and Cherokee Drive.

“I don’t think the citizens are even aware of how fast they’re going but the posted speed limit is 25 and they’re not going to be able to stop at the speeds they’re going,” said Lundy.

Lundy, who has two children that go to Cahaba Elementary, also voiced concerns about the 15 mph school zone surrounding the school. He said some drivers have not taken notice of the low speed, possibly because they don’t see the signage.

Police Chief Eric Rush said the traffic survey will measure the amount of traffic, speeds and higher traffic times. He said there is adequate signage on those streets, but there could be more. 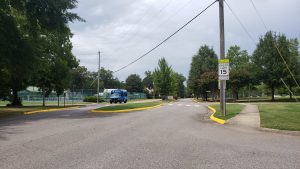 “In all honesty, all school zones need flashing lights that tell you when you’re supposed to travel at a lower speed and I think that would go a long way,” said Rush. “The city is working on that. The mayor wants to get those at all the schools.”

Mayor Buddy Choat said the funding for flashing lights has not been secured, but he said the issue is on the minds of city leaders. 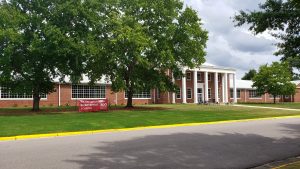 Lundy and other parents have also expressed concern about the lack of sidewalks on roadways around the school. That issue has not been presented to the city council or to the Public Safety Committee.