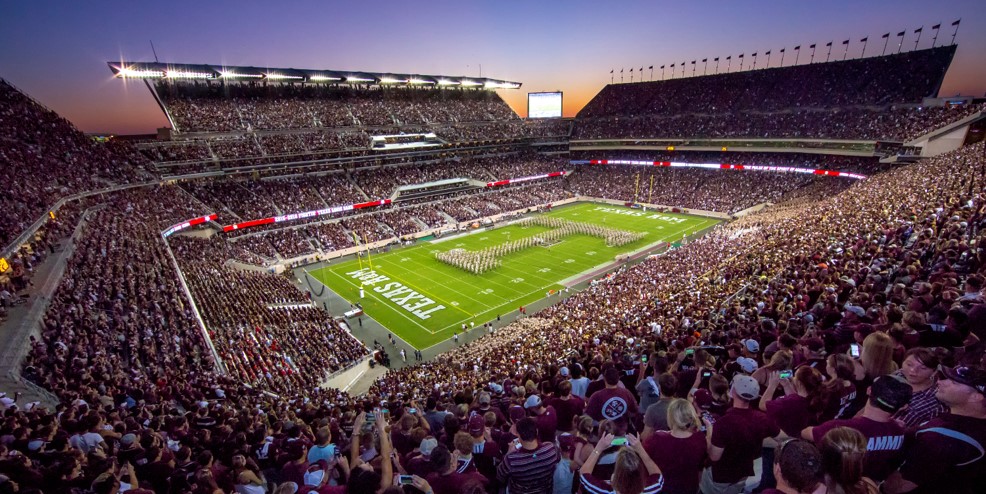 COLLEGE STATION, Texas — Tua Tagovailoa threw four touchdowns and Alabama’s offense kept rolling in the Tide’s first game at No. 1 this season with a 47-28 victory over No. 24 Texas A&M on Saturday.

Tagovailoa threw his first interception of the season but became Alabama’s career passing touchdowns leader with his first one of the game, breaking his tie with A.J. McCarron. The junior now has 81 for his career and leads the nation with 27 on the season.

Tagovailoa shrugged off setting the school record to focus on the importance of beating Alabama’s first ranked opponent of the season.

“You just revert back to your training. I’ve experience playing at a place like Tennessee, then going to LSU, Ole Miss … Everyone wants to beat Alabama,” Tagovailoa said. “We’re not done yet, as a team we have to continue to grow.”

Tagovailoa then engineered four consecutive scoring drives, which included three touchdown passes that all came on third down, and the Tide were on cruise control against the best pass defense they had faced so far this season. The only blemish was the interception thrown in the Texas A&M end zone late in the second quarter.

Tagovailoa spread the scoring around, with all of his TD strikes going to different receivers. His two longest of the day were a 47-yarder to DeVonta Smith in the first quarter and a pinpoint 33-yarder to Henry Ruggs III in the third.

Alabama didn’t have to punt until there was less than 2 minutes left in the third quarter. Najee Harris rushed for 114 yards.

Jaylen Waddle scored Alabama’s first touchdown on a 31-yard catch-and-run when he shook four defenders, and he also had a big day on punt returns with four for 128 yards.

Alabama: The Tide’s young defense recorded five sacks but was prone to giving up some big plays that kept the Aggies hanging around into the fourth quarter. Alabama had the game all but put away after Tagovailoa’s fourth touchdown pass made it 34-13, but a penalty negated an interception before blown coverage allowed a wide open touchdown pass. But with Tagovailoa running the offense as he’s doing, it didn’t matter.

Texas A&M: A brutal schedule keeps beating up the Aggies. Texas A&M lost its second game to a top-ranked opponent this season. The Aggies lost to then-No. 1 Clemson on Sept. 7. Texas A&M is one of just five schools to face the No. 1 team twice in a season since the poll began in 1936, having also done it in 1970. “You kind of look back at the games we won and the games we lost. We feel like we can play with everyone,” Mond said.