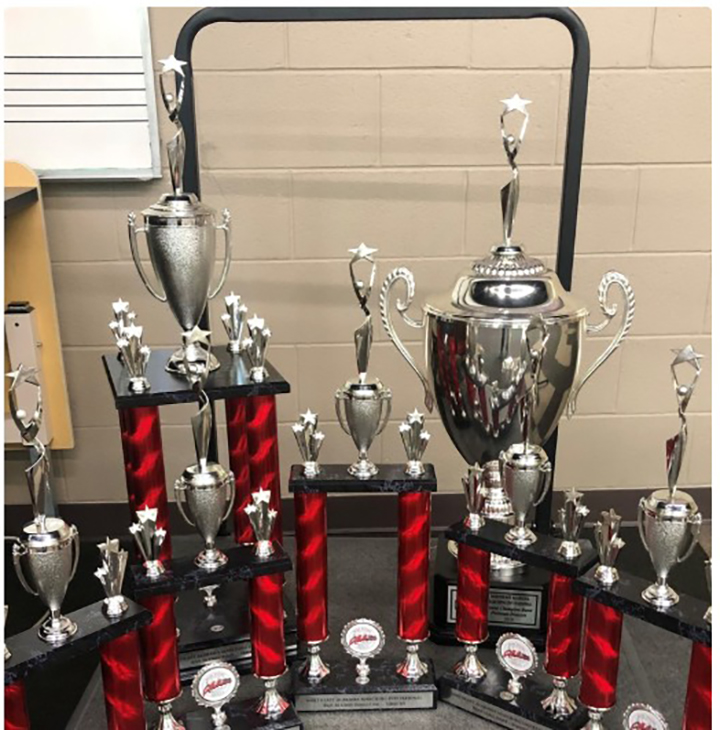 The Husky band, drum majors, color guard, dance team and percussion all received superior ratings at the event. The dance team won best in class. The high steppers and the band won best in Class 4A.

The Marching Huskies won the award for best in platinum class and best overall band, which earned them the Grand Champion Trophy for the highest combined score in the competition.

Not the best recording, but HTHS Husky band kids earthquaked it